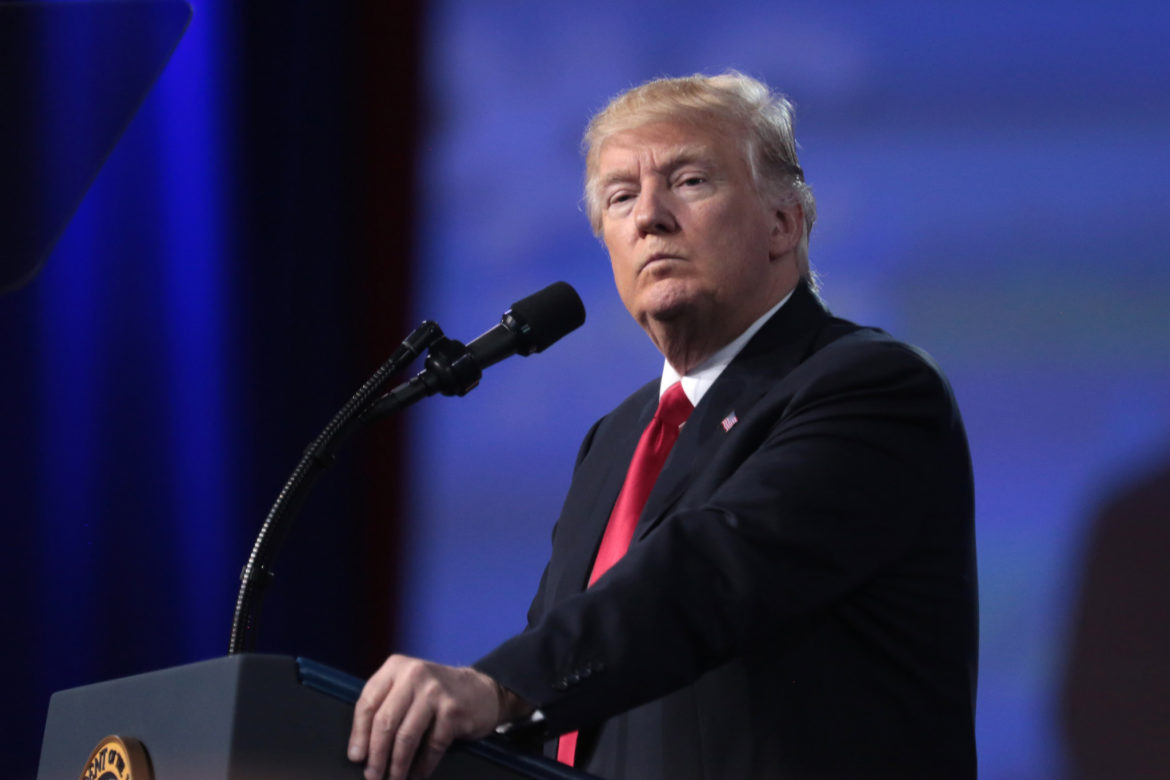 EL PASO — The message here wasn’t subtle. And neither was the anger.

Four days after a gunman walked into a Walmart and killed 22 people, hundreds of El Pasoans on Wednesday packed into a southside park just miles from the international border with Mexico to tell President Trump he isn’t welcome in this reeling border community.

“We can’t sugar coat it anymore, [things] have gone too far,” Kylie Oliver said as she held up a sign that read ‘F**king do something!’ “We’ve tried to be politically correct but it’s time to stop. For me personally, it’s turned to anger.”

The tensions here underscored residents’ mounting anger and frustration about lawmakers’ seemingly intractable positions on stricter gun laws in a city still dealing with grief from what police suspect may have been a racially motivated massacre.

Wednesday’s event was an effort to help the city heal. But organizers said it was also an opportunity for El Pasoans to vent their frustrations about the alleged gunman’s motives and whether Republican lawmakers — specifically the president — fueled the hatred that led to the massacre.

Michael Lopez, who held a sign that read “You’re not welcome in El Paso, Texas Trump” said the president’s racist rhetoric has gone too far.

“The hate is too much. It offends me and now it’s affecting all of us,” he said.

The event ended at about the same time Trump landed in El Paso. Minutes later at a nearby hospital, he was greeted with protesters who walked from the nearby park who wanted to make sure their message was delivered.

The president didn’t necessarily instill confidence in those hoping for a message of unity earlier in the day. Hours before he went to Dayton, Ohio, where nine people were killed a half day after the El Paso tragedy, Trump criticized El Paso’s former U.S. Rep. Beto O’ Rourke, a Democrat. And he again mentioned race in his attack.

“Beto (phony name to indicate Hispanic heritage) O’Rourke, who is embarrassed by my last visit to the Great State of Texas, where I trounced him, and is now even more embarrassed by polling at 1% in the Democrat Primary, should respect the victims & law enforcement – & be quiet!” Trump tweeted.

O’Rourke spoke at Wednesday’s rally and didn’t mention Trump’s tweet specifically but appeared to take a swipe the president’s efforts to silence his critics.

“At a time that we are under attack , we are told to remain silent, we are standing up loud and proud to be counted with our fellow Americans as the best example of this country after one of the worst disasters she has ever seen,” he said.

Accompanied by first lady Melania Trump, the president first visited the University Medical Center of El Paso, where he met with first responders, hospital staff and victims and their families. Then the president headed to the Emergency Operations Center, where he continued to meet with first responders, shaking their hands and praising their service.

Several of the state’s top leaders were also in El Paso on Wednesday to meet with the city’s legislative delegation to discuss what, if anything, the Republican leadership will do in the coming months to address gun violence or condemn Trump’s phrasing on immigration, which has repeatedly included the word “invasion.” Lt. Gov. Patrick Dan Patrick has also used the phrase, but he didn’t take questions during his brief visit to El Paso.

After meeting with local leaders, Gov. Greg Abbott said he will hold a series of roundtable discussions about the issue but did not say he would convene a special session of the Legislature to consider changing current gun laws. Police have said the weapon used in El Paso was purchased legally by the alleged gunman Patrick Crusius in North Texas.

U.S. Sens. Ted Cruz and John Cornyn, both Republicans, spoke to reporters the governor’s roundtable. They condemned the shootings as racially motivated terrorism. They also hinted there could be some movement on gun legislation at the federal level. But it’s unclear how far lawmakers will go.

“Some of the work we’ve done in the past, I think, is helpful but it doesn’t cover something quite like this,” Cornyn said. “So we need to try to adjust and try to come up with ideas where we can hopefully identify people like this earlier … so they don’t commit these terrible crimes in the future.”

Disclosure: Walmart has been a financial supporter of The Texas Tribune, a nonprofit, nonpartisan news organization that is funded in part by donations from members, foundations and corporate sponsors. Financial supporters play no role in the Tribune’s journalism. Find a complete list of them here.

Patrick Svitek contributed to this story.

This article originally appeared in The Texas Tribune at https://www.texastribune.org/2019/08/07/during-turmps-el-paso-visit-residents-unhappy-racist-language-gun-laws/.