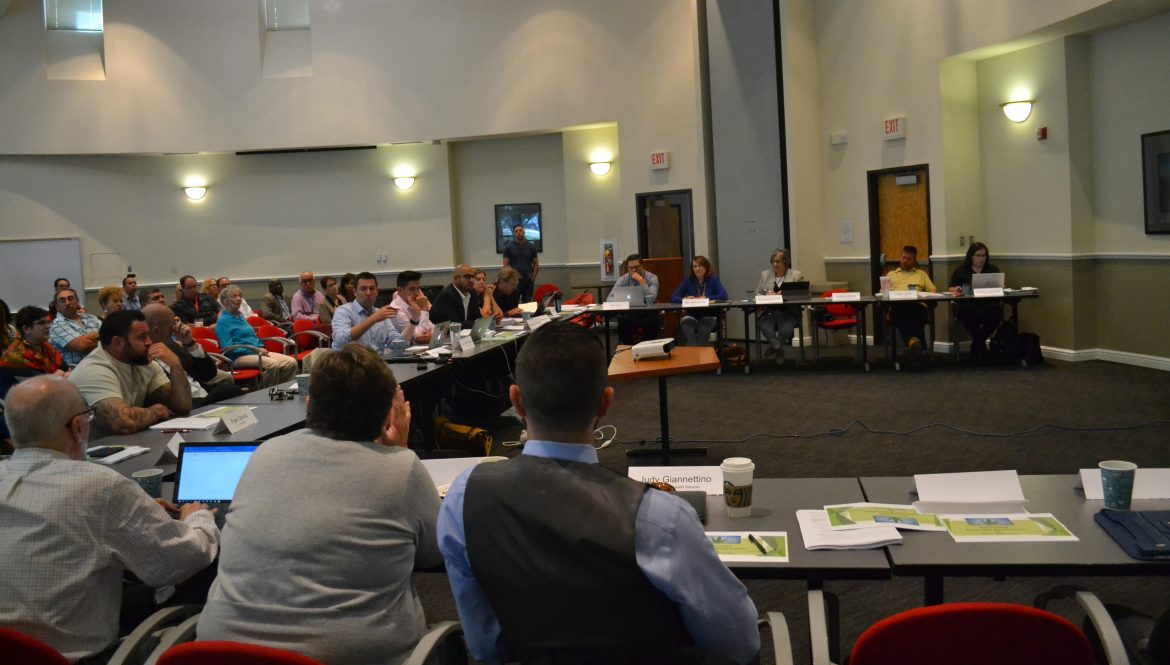 A group tasked with creating a proposal to legalize cannabis in New Mexico met for the second time to discuss specifics of licensing and regulation as well as how to maintain a medical cannabis program.

Gov. Michelle Lujan Grisham’s Working Group on Marijuana Legalization met for more than five hours on Wednesday and heard from a couple dozen members of the public.

This is for the naysayers

Pushes for cannabis legalization in the Legislature are nothing new. For years there have been attempts to legalize cannabis by changing the state constitution, as constitutional amendments do not require approval by the governor, and former Gov. Susana Martinez vocally opposed the idea. But the last legislative session showed increased signs of success for proponents. Two different bills, one that pushed for state-run stores and sponsored by Senate Republicans and another without a state-run store provision, saw increased support.

Rep. Javier Martinez, D-Albuquerque, sponsored a legalization bill in the House and he is now a member of the working group. Martinez said he thinks the group’s “cognitive diversity” will help convince lawmakers who are against legalization, but still open to the idea.

“I think that out of this process will emerge consensus across the board,” Martinez said. “There are some folks who are going to be opposed to legalization across the board and I don’t think we’ll ever convince those folks.”

Albuquerque City Councilor and working group chair Pat Davis agreed there are still lawmakers who will never change their minds about legal cannabis, but used Colorado as an example of how opposition can be the group’s best tool. Davis said when Colorado legalized recreational use cannabis through a voter initiative, some lawmakers stepped up to promulgate rules that made the law more palatable.

“Those folks who are genuinely opposed to this and have found a compromise to implement legislation are our best allies, because you have folks more inclined to my ideology who say this is just not an issue,” Davis said. “We’re not good messengers to them, they don’t trust us because we don’t see this as an issue.”

Emily Kaltenbach, the director of the Drug Policy Alliance in New Mexico, said she is hopeful that diverse voices in the group will help convince lawmakers down the road.

“I think those people who are on the fence are probably more likely to listen to some of those voices who aren’t necessarily in the central corridor [of New Mexico],” Kaltenbach said.

One of those voices she was referring to was Doña Ana County Sheriff Kim Stewart.

Stewart was picked by the governor’s office to serve on the working group and within days of her appointment she began meeting with her constituents to hear their thoughts on the issue.

“The meetings I’ve held, I started out just thinking, ‘lets see what the interest is,’” Stewart said. “The interest is enormous.”

Even though all of the actions the group took on Wednesday will simply guide the Legislature in the crafting of a legalization bill, at least two groups are speaking out against cannabis legalization.

The Family Policy Alliance of New Mexico, a self described “Christ-centered organization” which advocates for anti-abortion legislation and Christian family values, issued a statement ahead of the working group meeting. Vince Torres, the group’s executive director, said the state is moving too quickly towards legalization.

“With so many indicators that legalized marijuana will harm New Mexico, it is premature for this working group to be mapping out a strategy for its passage and implementation,” Torresz wrote. “Before proposing ‘how we should do this,’ the group should return to the critical question many New Mexicans are asking—which is, should we do this? And based on what we have seen in other states, the answer is clearly, no.”

“The New Mexico Senate’s rejection of commercialization in favor of decriminalization was a great step for social justice in choosing not to allow Big Marijuana to target vulnerable communities for profits,” Sabet wrote. “We are not surprised to find a nearly exclusive industry presence on this new working group, because addiction-for-profit tactics in minority communities are a non-negotiable for this nascent Big Tobacco 2.0.”

A few working group members who NM Political Report spoke with after the meeting seemed to agree that those who are staunchly against legalization are not likely to change their mind, but that there still may be room to ease their concerns.

Davis told NM Political Report that generally even lawmakers who are not enthusiastic about legalization believe it is a “when” not “if” proposition. That was the attitude of Wednesday’s meeting.

Members discussed how the state’s Medical Cannabis Program fits in with legalization, how legal cannabis will be regulated and how state administrative departments will work with law enforcement. But many of the public comments made surrounded the state’s medical program and concerns for patients who need affordable medicine.

Department of Health Secretary Kathyleen Kunkel told other members of the group that there has been a trend of declining patient numbers in other states that legalized recreational use and that she wants to make sure the program is maintained regardless of how many patients there are.

“My role is to protect the medical program,” Kunkel said.