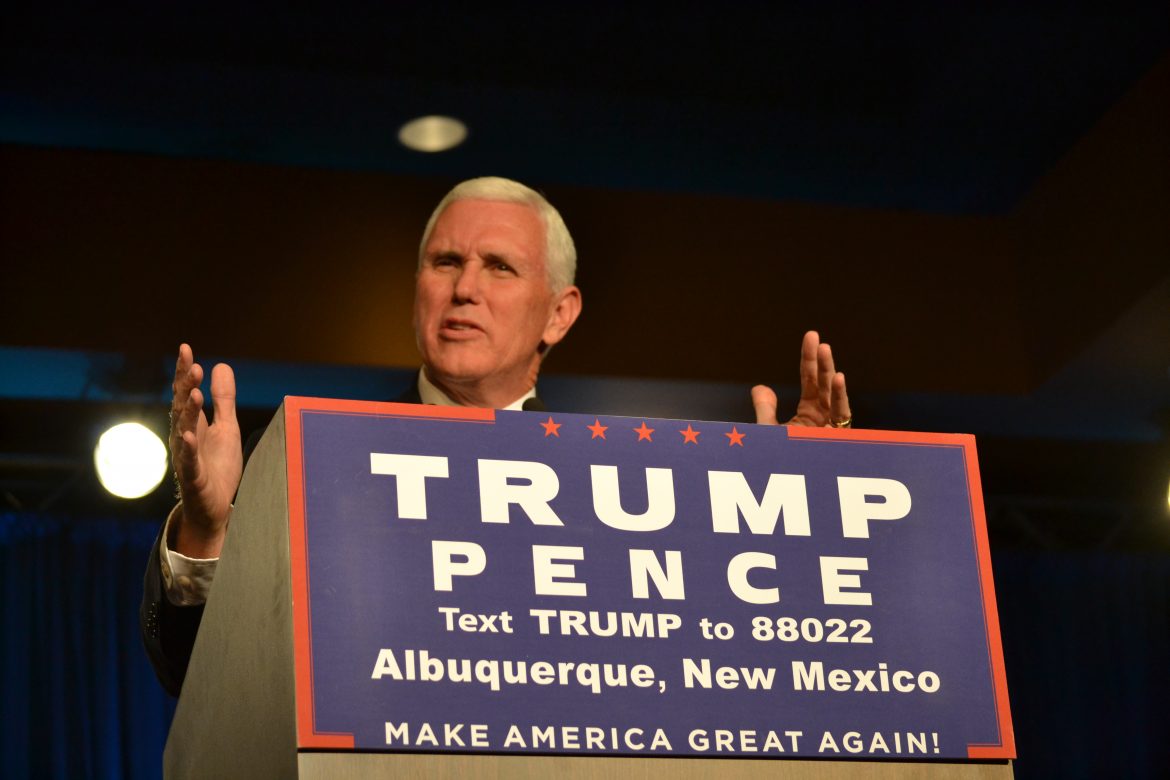 Mike Pence at an Albuquerque rally

Pence’s trip to Artesia on Wednesday, Aug. 21 was announced by America First Policies, a non-profit that backs Trump. Pence’s visit will be part of a series of events the group is holding to promote the United States-Mexico-Canada Agreement, a replacement to NAFTA which was signed by Canada, Mexico and the United States but has not been ratified by Congress.

According to the group, the event will feature “guest speakers discussing the [USMCA], and how this new trade deal will hugely benefit the economy and American workers in the Artesia area, the state of New Mexico, and in our great nation as a whole.”

The Trump campaign has maintained they believe he can win New Mexico in 2020, despite losing to Democrat Hillary Clinton by over 8 percentage points in 2016 (Libertarian candidate, former Gov. Gary Johnson, received 9.3 percent of the vote, the highest percentage by a third-party candidate since Independent Ross Perot in 1992). Democrats swept every statewide seat in the 2018 elections and won all three congressional seats, including the conservative-leaning district in southern New Mexico.

“Republicans claim that they’ll fight for working people, but then they turn around and offer tax breaks to billionaires and multinational corporations,” Elliston said. “New Mexicans see right through this hypocrisy, and that’s why we’re ready to put a Democrat in the White House in 2020.”