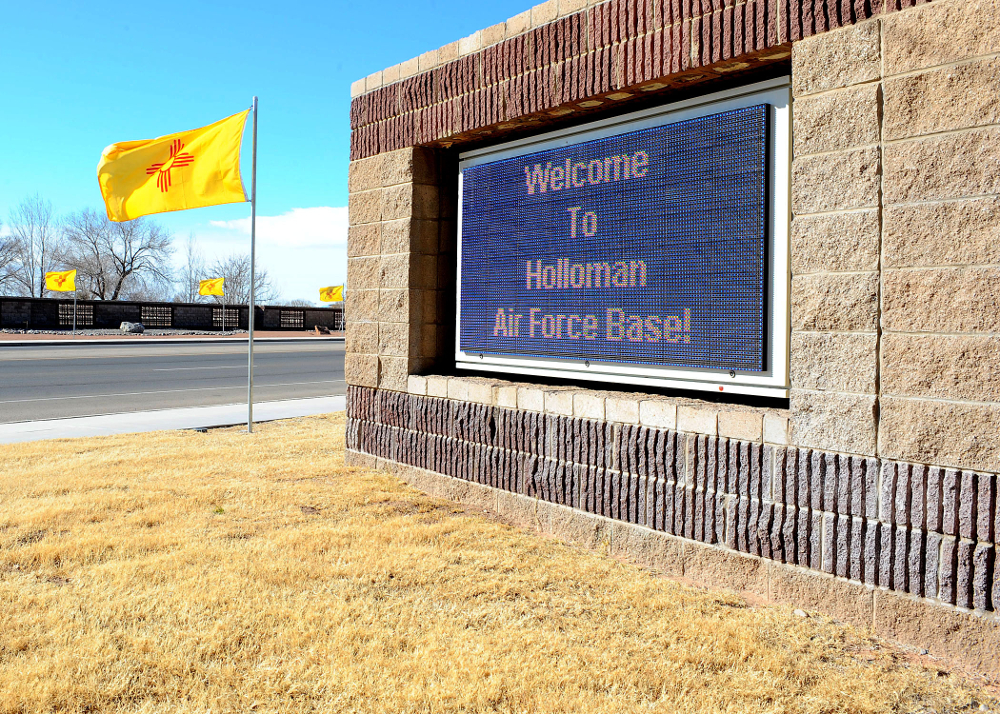 Two projects at military bases will see their funding sent to fund the construction of a border wall between the United States and Mexico.

In all, the federal government is diverting the funds from 127 military projects totaling $3.6 billion toward the construction of the wall. The U.S. Department of Defense says the diversion will be temporary.

The projects in New Mexico that saw their funding eliminated, at least temporarily, are $85 million for an Unmanned Aerial Vehicles (UAV) training facility for  at Holloman Air Force Base and $40 million originally slated for an information systems facility at White Sands Missile Range.

U.S. Rep. Xochitl Torres Small, who represents the area and sits on the House Armed Services Committee, said she was “appalled at the Administration’s decision to divert military construction funds allocated for projects essential to our national defense to build a fiscally irresponsible border wall.”

“The Administration’s diversion of $3.6 billion of congressionally appropriated funds, just weeks before the fiscal year ends, is grossly irresponsible and will delay crucial projects at Holloman Air Force Base and White Sands Missile Range,” Torres Small said. “Today’s decision demonstrates to the public that this Administration is willing to sacrifice military readiness for political gain.”

In a statement, U.S. Sen. Tom Udall called it “an outrageous and reckless action by President Trump and his administration.”

“Congress did not appropriate this money for the president’s vanity project, we appropriated it for projects that are key improvements for our service members in New Mexico and for our national security,” he said. “Our men and women in uniform at Holloman, White Sands, and across our state and our country deserve better.”

U.S. Sen. Martin Heinrich also slammed the decision, saying it was “stealing” funding from these projects and that he visited the Holloman UAV facility that saw its funding diverted and saw firsthand that it needs the money.

“The building is falling apart, with some equipment being held together with duct tape,” he said. “To say this facility, which supports training for 100 percent of the Air Force’s MQ-9 crews, urgently needs to be replaced would be an understatement.”

In a letter to Defense Secretary Mark Esper, Udall and the nine other Democrats on the Military Construction and Defense Appropriations Subcommittees demanded answers on the decision.

“The decision to take funds from critical military construction projects is unjustified and will have lasting impacts on our military readiness,” the senators wrote. “It also is contrary to the Congressional intent for section 2808 [national emergencies] and will force actions to limit flexibility and more strictly define how this authority, and others, can be used.”