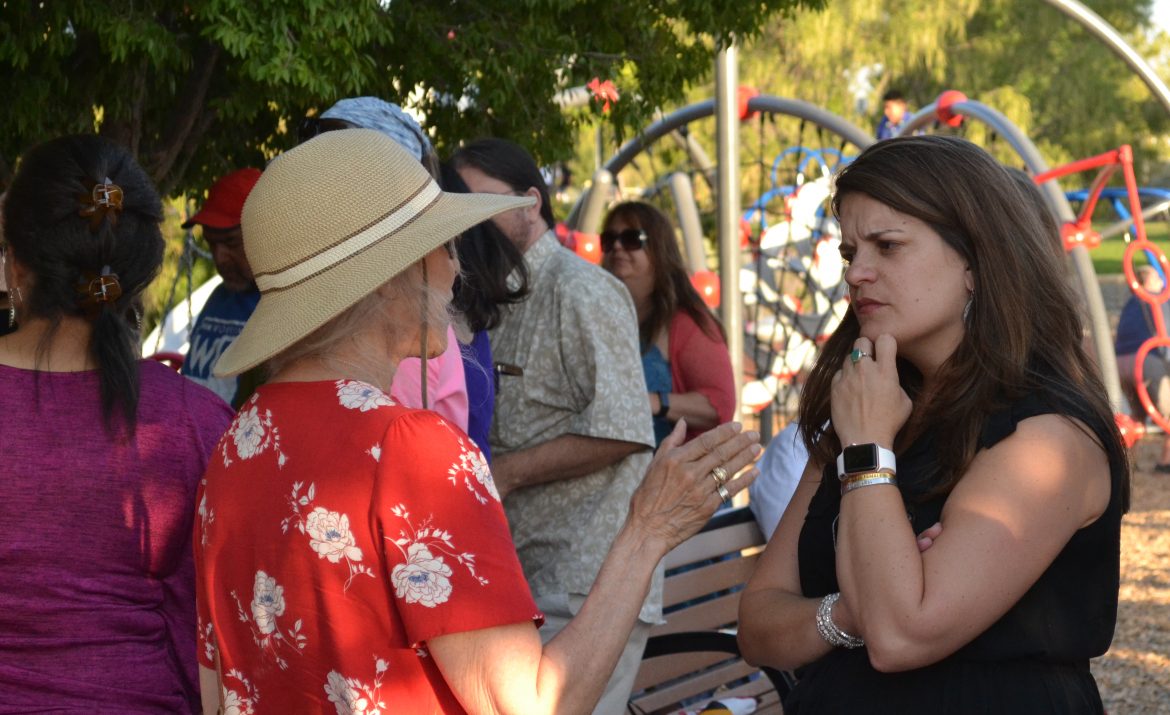 New Mexico’s primary elections are still more than eight months away, but that hasn’t slowed down candidates for U.S. Senate. Both the Republican and Democratic primaries have multiple candidates already, but arguably the Democratic race is the closest watched so far.

Democrats will choose between U.S. Rep. Ben Ray Luján, who is walking away from the high ranking position in U.S. House leadership of Assistant Speaker of the House to run, or Maggie Toulouse Oliver, New Mexico’s Secretary of State. Luján has a financial advantage so far and secured endorsements from U.S. Speaker of the House Nancy Pelosi, U.S. Rep. Debra Haaland and the Democratic Senatorial Campaign Committee. But Toulouse Oliver said she believes New Mexicans care less about what friends in high places think.

“We have our own local leaders that we look to and we’re very independent-minded,” Toulouse Oliver said.  “While I respect those decisions and respect Congressman Luján for getting that support for himself, I don’t think that it’s going to be even a remotely deciding factor at the end of the day.”

Pushing the envelope vs. mainstream

Toulouse Oliver didn’t grow up with a high-ranking state legislator as a parent and doesn’t have the institutional knowledge of Congress — two things Luján can boast. But what she considers one of her greatest advantages is that she’s forthright.

“I speak in a very unequivocal way and people may agree with me, they may disagree with me, but at the end of the day they know where I stand,” she said.

Toulouse Oliver has been a public figure for more than a decade, both in her current position and previously as Bernalillo County Clerk. Now she wants to be the first female New Mexico sends to Washington D.C. as a Senator. But, she said, the first female distinction comes with the baggage of voters wondering aloud whether she’s up for the Senate.

She also noted that some of the “toughest conversations” she’s had about whether she’s right for the job were with women.

But her campaign got some major support this summer when she got an endorsement from the New Mexico chapter of the Working Families. The group’s national director told NM Political Report last year that “status quo” Democrats were in their sights. Working Families state director Eric Griego said Toulouse Oliver’s chance at being a disrupter of sorts is one of several reasons she received the group’s support.

Griego told NM Political Report he doesn’t dislike Luján, but he thinks the congressman can do better by being an outspoken leader.

“We have an option,” Griego said. “Do we elect somebody who’s going to really push the envelope, or are we going to have someone who’s sort of going to be in the mainstream part of the [Democratic] Party?”

Griego said he’d like to see a swell of progressive candidates win in the Senate, much like what the House saw during last year’s midterm election. One result was a group of four high-profile progressive congresswomen deemed “The Squad.”

“We’re trying to find a squad within the Senate,” Griego said.