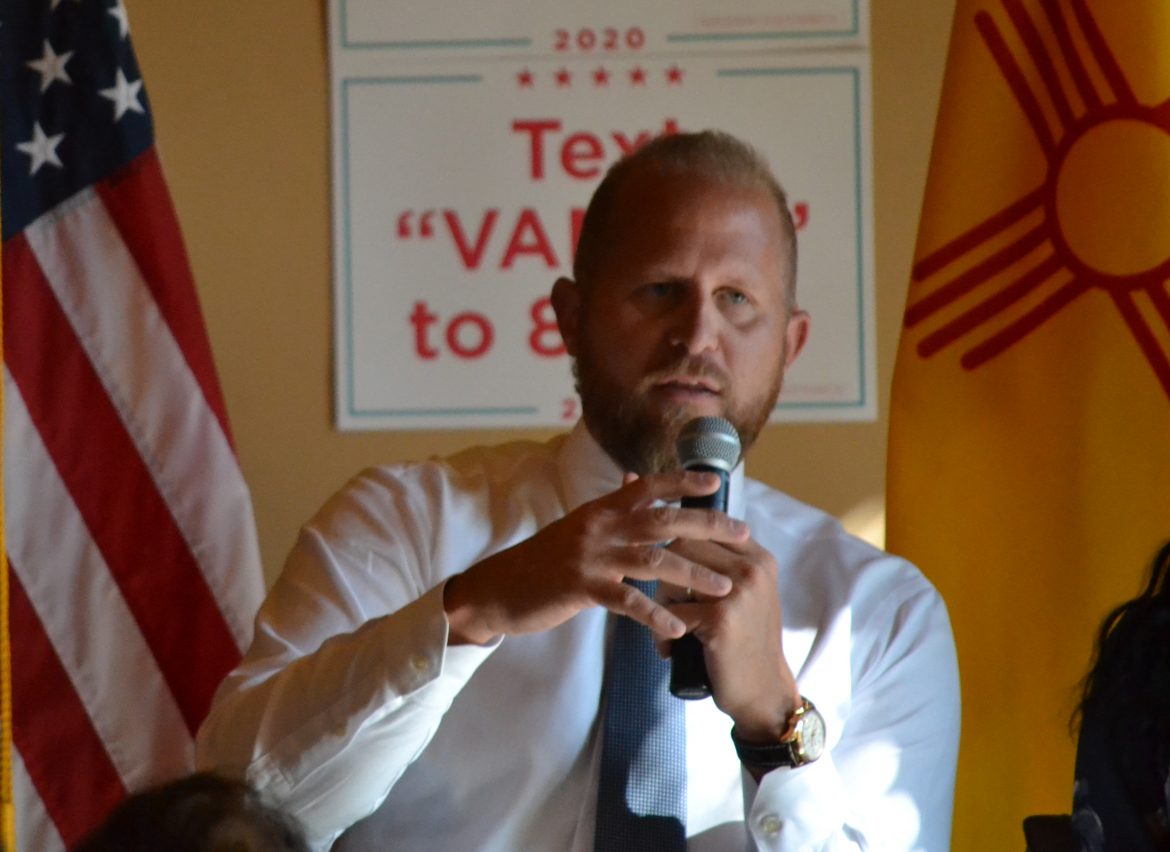 The morning after President Donald Trump’s campaign rally in Rio Rancho, a group of about 100 people gathered to encourage Trump supporters to talk to their friends and neighbors about Trump.

Latinos for Trump held a panel discussion at Casa Rodeña, a winery in the village of Los Ranchos de Albuquerque. Guest speakers included members of Latinos for Trump, the state Republican chairman, a state representative and Trump’s campaign manager. The message:  volunteering and having conversations about Trump’s policies, not social media posts, is the best way to garner support for the president in Hispanic and Latinx communities.

Trump’s campaign manager Brad Parscale has a background in digital media campaigns and said while the Trump campaign will utilize digital technology to connect supporters, the real effort should be local.

“Winning elections is not about what I do on my computer or what we do across the country, it’s what you do in your neighborhoods,” Parscale told the crowd.

Echoing his boss, Parscale said news organizations cannot be trusted to get the story right. Instead, he said, it’s up to friends and neighbors to share Trump’s policies and educate each other.

“We do not get true information when we watch TV,”Parscale said. “Let me just tell you, from a guy who’s had a lot of fake news written about himself.”

Katrina Pierson, a senior advisor for the 2020 Trump campaign, also spoke and told the crowd that support for Trump goes beyond political affiliations.

“We’ve transcended red and blue states and I think a lot of people have not figured that out yet, because now we have a decision to to be either pro or against America,” Pierson said.

State Rep. Alonzo Baldonado, R-Los Lunas, told the crowd person-to-person conversations and contagious energy were part of the reason counties like Colfax, Hidalgo and Valencia flipped to Republican in the presidential race in 2016.

“If we can multiply that with these people in this room and make that excitement happen in their hometowns and neighborhoods, President Trump will coast to victory in New Mexico,” Baldonado said.

State Republican Chairman Steve Pearce also spoke at Tuesday’s event and praised the venue’s owner John Calvin for having the “courage” to host a political event.

Calvin, a self-described life-long Republican and “lover of freedom and of free speech,” said he welcomes anyone who wants to hold an event at his winery.

Pearce, who opened the event with anecdotes about minds he’s changed in the past, said Republicans will have to be persistent in order to broaden their support.

“If you’re going to win Hispanic votes, if your going to win any different group of votes, then you better show up and you have to show up where you’re not wanted too,” Pearce said.

But a national progressive group says it won’t be so easy.

“Trump’s anti-Hispanic and anti-immigrant rhetoric only puts our community at risk and is not welcomed in the Land of Enchantment,” Macías said. “Let me make it abundantly clear: Trump and Republicans will not turn New Mexico red in 2020. New Mexican voters, especially Hispanic voters, have rejected all that the Republican Party stands for and will continue to do so for elections to come.”