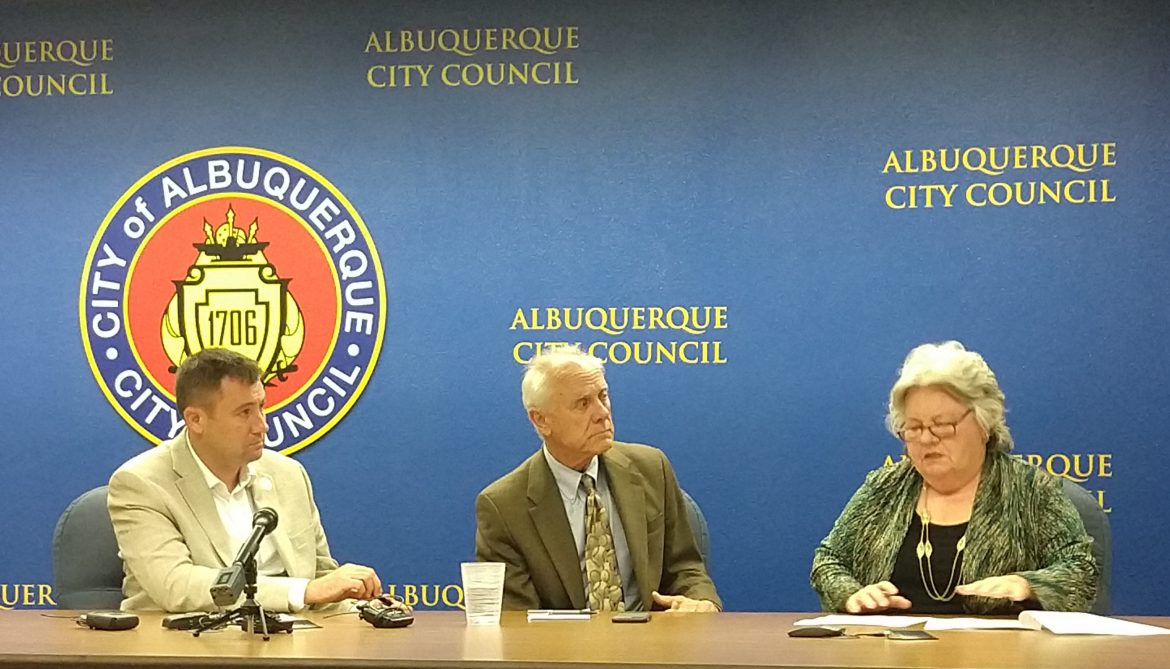 One ordinance would prohibit guns at functions like city council or county commission meetings and public forums, like town hall meetings with constituents.

Gibson said many city meetings get heated and some of her constituents have expressed concern for their safety.

“Many of these gatherings involve a lot of emotions, people are very passionate,” Gibson said. “It’s already a highly charged situation at many of these venues.”

Another ordinance would make it a misdemeanor to leave a gun accessible to others without some sort of lock or device that would prevent the use of it.

“When you lay a gun down and walk away, we want to be sure it’s not accesible for a kid who can use it, someone who commits suicide or a bad guy who sees it as a target to take,” Davis said.

Davis, a former police officer, added that simply locking it in a vehicle would not be compliant with the proposal, noting that many guns are stolen out of owners’ cars.

“If it’s in your car it just needs to be secure and so it can’t be operable,” Davis said. “You can’t shoot a gun that doesn’t shoot bullets.”

The third ordinance would extend a city ordinance prohibiting threats of violence to online platforms.

One Albuquerque attorney said the councilors would be violating the state constitution if the proposals passed.

Blair Dunn, who has a history of suing state agencies, said he’s already preparing a case against the councilors.

“They can’t do it, it’s against the constitution,” Dunn said.

Indeed, New Mexico’s constitution includes a provision that only allows gun laws on the state level.

But during the councilor’s press conference, Davis said he and his colleagues are prepared to defend their legislation.

“We believe we have a defendable case and we’re willing to take it as far as we have to in order to keep our city safe,” Davis said.

Dunn is already representing a group that is suing New Mexico’s secretary of state and attorney general for denying an attempt to overturn a state gun law through a petition process.

Regardless, the proposals will need more support than from the three councilors to get a shot at passing.