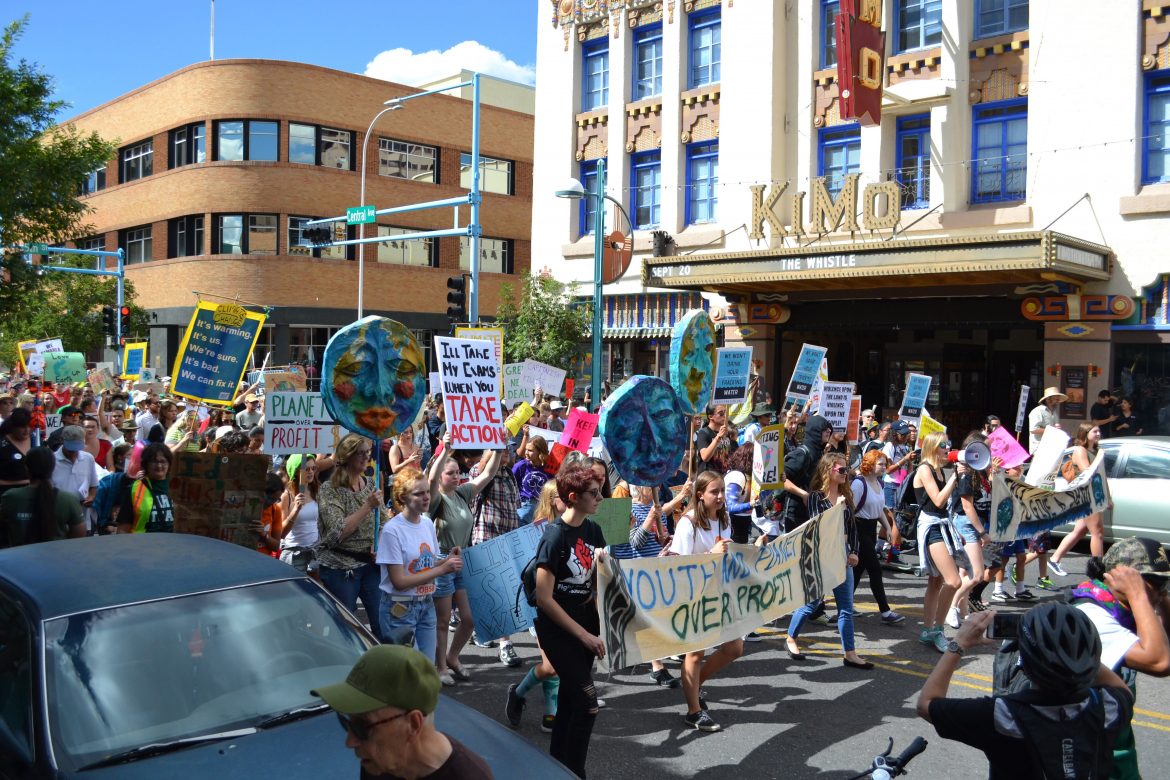 A crowd marches down Central Ave. in Albuquerque during a climate strike in Sept. 2019.

Thousands of students walked out of school and adults left work across New Mexico as part of massive international climate protests. In Albuquerque a large crowd took part in large a rally downtown  on Friday with hundreds, likely over 1,000, people.

The rally included local artists, politicians and students speaking about the impact of climate change and the need to immediately address it.

Most of the speakers were local youth.

Alyssa Ruiz, the founder of the Sandia High School Climate Club, spoke to the crowd and called on zero emissions by 2050.

“We are not just the future, we are the now,” she said.

“We are going to lead the U.S. on climate change and on sustainability,” Keller told the crowd.

“This is about our community locally, too,” Keller said.

Earlier on Friday, U.S. Sen. Martin Heinrich announced his support for the Green New Deal, a list of environmental policies put forth earlier this year.

State Sen. Antoinette Sedillo Lopez, D-Albuquerque, highlighted her bill in the legislature to impose a four-year moratorium on fracking in the state.

“People thought I was crazy for introducing the bill,” she said. “And they are crazy for not listening!”

She said a moratorium would allow agencies in the state to look at how fracking impacts the state environmentally. The legislation didn’t make it through the committee process in the Senate.

Climate walkouts took place across the state, including in Santa Fe, Las Cruces and Farmington, and Taos.