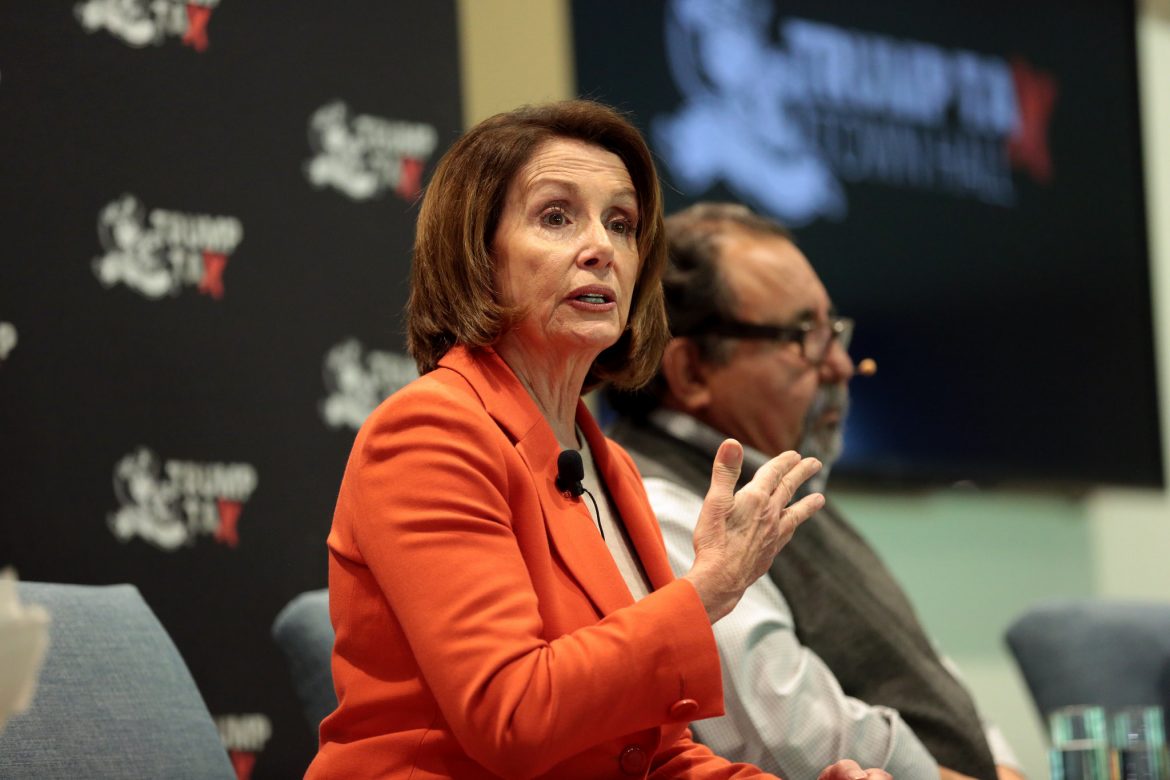 “Today, I am announcing the House of Representatives moving forward with an official impeachment inquiry,” Speaker of the House Nancy Pelosi said in a brief statement Tuesday afternoon in an historic announcement.

Shortly after Pelosi announced that she directed six committees to investigate Trump under the auspices of an impeachment inquiry, U.S. Rep. Xochitl Torres Small, a first-term Democrat representing the most conservative district in the state, released a statement that did not mention impeachment, and instead focused on access to a whistleblower complaint over actions Trump took regarding aid to Ukraine and allegedly pressuring the country to investigate former Vice President Joe Biden.

“Congress has a legal right to see the full details of any whistleblower complaint, especially those that involve our nation’s security,” Torres Small said. “The President must release the full complaint and allow any testimony by the whistleblower, or any other administration officials, to occur free of White House interference. Through the coming weeks and months, I will act to support and defend our Constitution by insisting on a transparent process that fully informs the American people and restores trust and faith in our system. Any threat to our national security must be taken seriously.”

Last month, the other two members of New Mexico’s U.S. House delegation announced their support for an impeachment inquiry.

The inquiry, long-sought by many members of Pelosi’s Democratic majority, comes in light of Trump withholding aid to Ukraine and pressing on the country’s president to investigate Hunter Biden, the son of former Vice President and current top-tier Democratic candidate Joe Biden. Trump’s administration had already withheld the funds.

The White House has also withheld a whistleblower complaint filed with Intelligence Community Inspector General Michael Atkinson. That complaint is legally required to be sent to the intelligence communities in both the House and Senate. The complaint was not transmitted to the committees. Trump said Tuesday that he would release the transcript of a phone call with the Ukrainian president which included Trump bringing up investigating Biden and his son.

Trump also confirmed he withheld money from Ukraine, though gave at least two explanations as to why he withheld the funds.

And this led to Pelosi’s Tuesday afternoon announcement.

“The president must be held accountable,” Pelosi said. “No one is above the law.”

Tuesday, the U.S. Senate voted unanimously to call on the White House to release the full whistleblower complaint to Congress.

Momentum for impeachment has come in fits and starts. The report by former special counsel for the Department of Justice Robert Mueller caused many to call for impeachment. And his later testimony in front of Congress in July caused more to support beginning impeachment proceedings.

One Republican, Justin Amash of Michigan, called for impeachment proceedings after the release of the Mueller report. Amash later left the Republican Party and is now and independent. No current Republican has supported an impeachment inquiry.

Throughout all of this, Pelosi continued to stay the course and instead said the House would continue to investigate Trump.

But the scandal over Trump’s dealings with Ukraine caused even some of the more conservative members of the Democratic caucus to push for an impeachment—and finally for Pelosi to call for the beginning of impeachment proceedings.

Days later, on August 19, Ben Ray Luján announced his support for an impeachment inquiry. Luján is currently the longest-serving member of the House among the New Mexico delegation and, as Assistant Speaker of the House, is number four member of Democratic House leadership.

Before Tuesday, Torres Small had not publicly mentioned any stance on impeachment.

Over 170 House members, all but one Democrats, have supported impeachment or an impeachment inquiry, with many announcing support this week, from liberal members like John Lewis of Georgia to Blue Dog Caucus member Jim Cooper of Tennessee.

If the House Judiciary Committee sends impeachment to the full House, it would take a majority of House members to impeach Trump, then a trial would be held in the Senate, with the U.S. Supreme Court Chief Justice presiding. A two-thirds majority vote of Senators would be required to remove the president.

Only three presidents have gone through impeachment proceedings previously. Andrew Johnson and Bill Clinton were each impeached but not convicted by the Senate, while Richard Nixon resigned to avoid impeachment.

Sen. Tom Udall said in a statement, “Unfortunately, the House of Representatives has no choice but to open an impeachment inquiry into the president of the United States.”

Udall said that the Ukraine revelations “are among the most clear and disturbing” but that there are other topics for an impeachment inquiry.

“New Mexicans expect their Congress to work for them – and they expect accountability from their elected officials,” Udall continued. “Our democracy is being tested, and this process is the only path forward left for the House to uphold its constitutional obligations.”