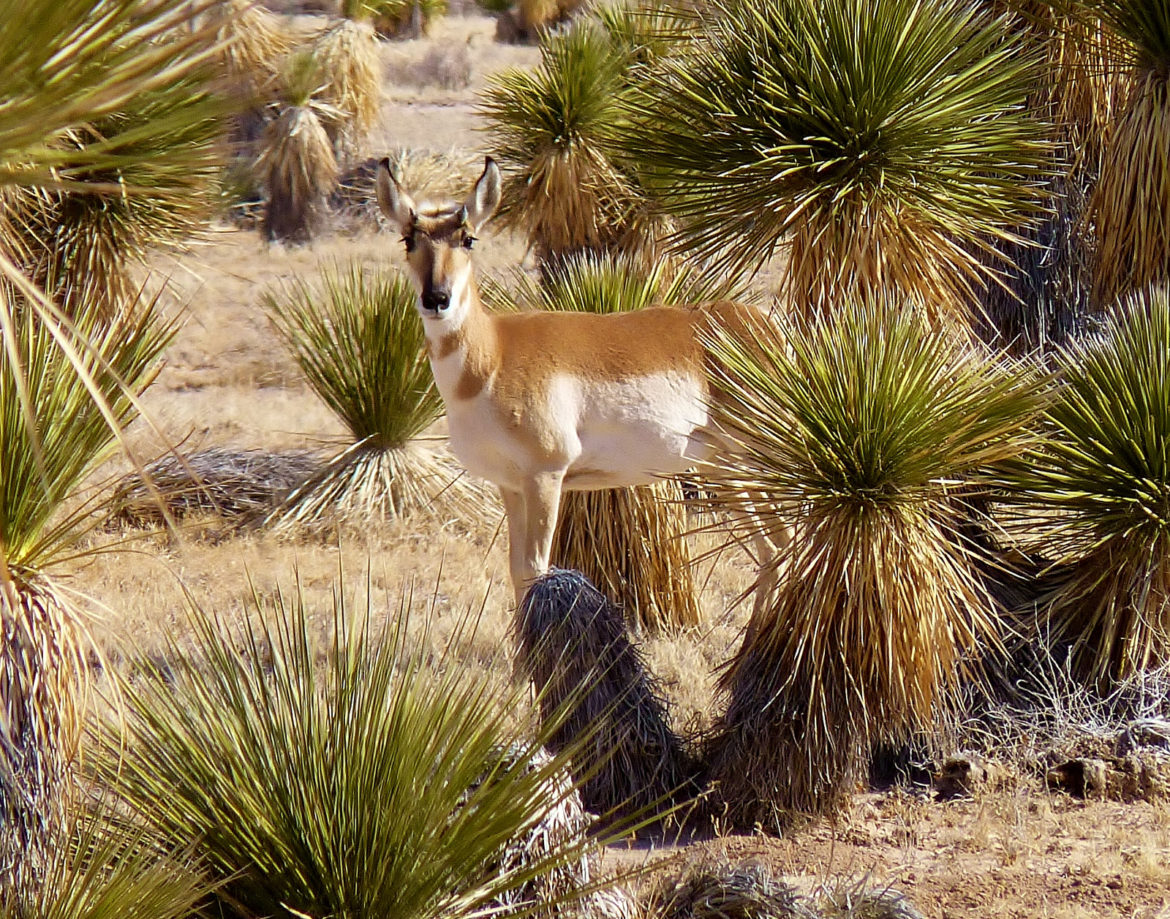 Ever since public lands were made permanent parts of the American experience around the turn of the last century, there have been people dedicated to their privatization. The American people have strongly resisted the sale of public lands, frustrating those who saw the Donald Trump administration as a key opportunity to sell off national forests, Bureau of Land Management lands and national parks to states and corporations. There is little appetite in Congress for selling off these lands owned by all Americans, but now the Trump administration is working behind the scenes to disassemble our public land agencies and sell off their resources, though not the lands themselves.

Of the four major federal land agencies, the Trump administration has first focused on the BLM in their efforts to disassemble the agency and weaken regulations.

The BLM controls 248 million acres of public land and administers some 700 million acres of federal subsurface mineral rights. These are mostly lands that were left over after the national forests and other protected areas were set aside and often consist of remote desert lands in the vast interior of the West. These lands have belonged to the American public since they were attained by the U.S. government through the Louisiana Purchase, war with Mexico and war with various Indian tribes across the West. They have never been owned by the states.

The Trump administration started their efforts on the BLM lands with the widely covered acreage reduction of the Bears Ears National Monument and the Grand Staircase Escalante National Monument in Utah in 2016. The administration reduced protected acreage in these Utah red rock areas by up to 85 percent in a move that is being challenged in court by numerous organizations and tribes. Recently the BLM issued management plans for the former monument lands that maximize their exploitation, opening them to coal mining, oil drilling, cattle grazing, motorized recreation while reducing law enforcement staff from the areas.

Trump’s focus on the two Utah national monuments was to be followed by possible reductions of other Obama-era national monument designations like the Rio Grande del Norte National Monument near Taos, New Mexico but those reductions never happened, probably because of widespread criticism of the Utah moves.

Meanwhile the Trump administration has been making larger moves to reduce the power of the BLM. Trump’s staff announced a “reorganization” of the U.S. Department of the Interior (within which BLM resides) which has 70,000 employees. While some of the reorganization seemed sensible, like drawing agency regions around watersheds rather than political boundaries, the main focus was on “modernizing” and “streamlining” the agencies, euphemisms for reduction and deregulation.

A big focus of the Interior Department reorganization has been reducing agency staff in Washington and moving them out to various western cities. For BLM this means 22 of the 222 career Washington DC staff may have to move to Grand Junction, Colorado, a city of 58,000 people 247 miles from Denver and 285 miles from Salt Lake City. Trump officials have leased a building shared by oil companies in Grand Junction. These BLM staff do big picture work with the agency and interface with Congress and the other federal agencies in Washington. On short notice they have to uproot their families and move to a radically different social environment. Many won’t do it and will resign. Losing key staff (and institutional memory) and then not filling the positions again may be a goal of the administration.

Moving the BLM headquarters has met stiff resistance from Democrats on Capitol Hill. On August 23, top Democrats on the House and Senate appropriations committees told Interior Secretary David Bernhardt in a letter to “suspend its efforts to relocate” BLM headquarters staff. “The lack of meaningful external collaboration and the lack of supporting detail we have received to justify this proposal leaves us to conclude that the Department made a political decision to move the Bureau’s leadership out of Washington and simply reverse-engineered its analysis to fit that objective,” wrote Sen. Tom Udall, D-New Mexico, and Rep. Betty McCollum, D-Minnesota.

In response to the letter from Udall and McCollum, former Trump Interior official Joe Balash threatened to remove BLM resources from Minnesota and New Mexico and put them in states friendly to the administration. (Senator McCollum responded by saying “I expect to work with the administration on reorganizations and reprogrammings in a manner of mutual respect. But it is not acceptable to circumvent Congress.”) Joe Balash has since resigned from Interior and now works for Papua New Guinea-based Oil Search which has interests in Alaska oil.

Democrats in the House could block funding for the Interior reorganization and BLM office move, but in the meantime the Trump team is pushing ahead with the move, leasing office space in Grand Junction with September occupancy. The House Natural Resources Committee will have hearings about the BLM relocation on September 10.

Speaking to Bloomberg News, Steve Ellis, a former upper level BLM official under President Obama said a cadre of political appointees already are making major decisions for Interior agencies in Washington and these decisions are made without agency directors or state directors. Called the “review team” the unnamed political appointees are dictating the contents of BLM management plans for places like Bears Ears and the Arctic National Wildlife Refuge and are reviewing and slowing Freedom of Information Act requests that could revel industry influence on the administration. The review team has also been stripping protection for sensitive species and habitats out of management plans in several states.

Given the increasing power of political appointees and the diminution of power of agency heads, the appointment of a strongly anti public lands lawyer as acting Director of the BLM may matter less than it would have in the past. Trump recently appointed William Perry Pendley as acting Director the BLM. Pendley, a Reagan era Interior official has written for years about how the federal government should not own land and about the tyranny of the “multi-billion-dollar environment movement and its offspring, the arrogant bureaucratic government ecoligarchy.” Pendley has worked for the Koch funded Pacific Legal Foundation.

All of this is going on with an agency that emphasizes oil and gas leasing. 90 percent of BLM lands are open to oil leasing. Under Trump the BLM has been leasing in areas previously designated as wildlife corridors or reserves for wildlife or places set aside for recreation. There has been an increase in royalty fraud and intimidation and removal of BLM employees who seek to enforce regulations on livestock grazing and other resource protection statutes. This is the BLM under Trump.

All told, this is a challenging time for the BLM and the lands they manage. The Trump administration barges ahead with their efforts to sell off public resources regardless of public sentiment, concern from Congress or the courts. The BLM lands are the real jackpot of gas, oil, coal, and minerals for the old school economy natural resource exploiters. But if the Trump crowd finds their efforts at dismantling the BLM succeeded, we can be sure the national wildlife refuges, the national forests, and ultimately the national parks will be next for a similar program.