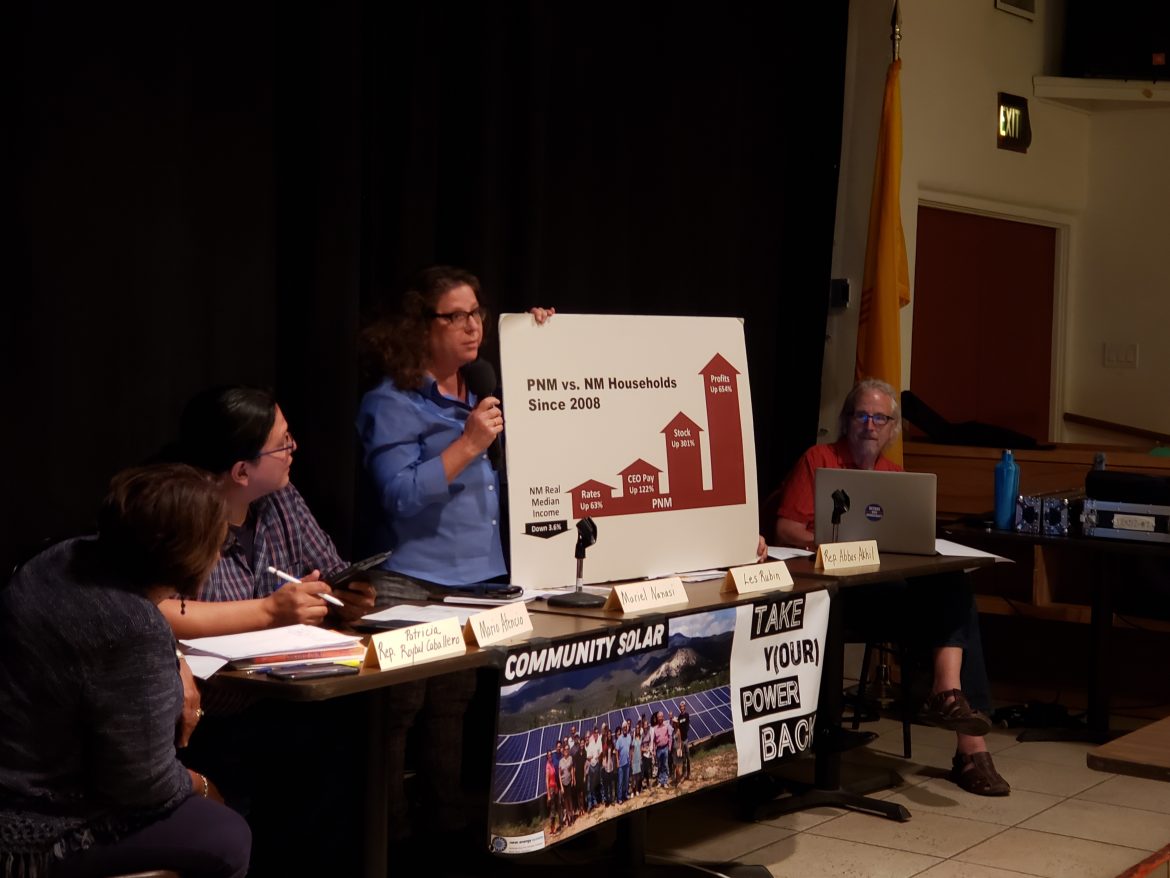 The New Mexico Supreme Court denied a request to determine the constitutionality of the Energy Transition Act (ETA) on Tuesday. The decision was released without an opinion.

In August, the advocacy nonprofit New Energy Economy (NEE) filed a writ of mandamus asking the Court to rule on whether portions of the ETA are unconstitutional. The writ alleges that wording in the ETA removes the Public Regulation Commission’s (PRC) regulatory oversight of Public Service of New Mexico (PNM) and proposed rate increases.

“We believe the ETA is unconstitutional, especially in regards to its eviscerating the regulatory authority [of the PRC],” Nanasi said. “PNM faces no competition. In exchange for that, they are to be regulated. That is the regulatory compact. If you remove regulatory oversight, no one is protected.”

The court’s decision is likely not an end to the issue. Nanasi told NM Political Report that NEE plans to further pursue the constitutional challenge and will file a lawsuit later this month.

PNM is an investor-owned utility that operates as a monopoly in parts of New Mexico. The PRC is the body that regulates PNM and approves or denies PNM’s requests to raise electricity rates for its customers. NEE’s writ points to a key line in the ETA that states the PRC is required to allow and may not disallow “recovery of any undepreciated investments or decommissioning costs by a utility.”

NEE argued that provision enables PNM to increase rates to pay for costs associated with undepreciated investments or decommissioning costs without oversight from the PRC.

The question of the PRC’s authority to regulate PNM has come to a head in recent months as the utility gears up to close the San Juan Generating Station outside Farmington. PNM announced its intention to close the plant in 2017, but the company filed a consolidated application for abandonment, securitization and replacement power in July, just weeks after the Energy Transition Act went into effect.

The PRC voted to split the consolidated filing into two dockets in order to add the abandonment and securitization portions of PNM’s proposal to an existing docket the Commission had opened earlier in the year. Doing so would prevent the ETA from applying to PNM’s abandonment and financing plans for the San Juan Generating Station.

PNM filed its own petition with the state Supreme Court in August, asking the court to determine that the ETA “applies to all aspects of PNM‘s abandonment, financing and replacement petition filed on July 1,” Ray Sandoval, director of corporate communications and brand management at PNM, told NM Political Report. “We are hopeful that the court will favorably consider our petition and confirm our position that the Energy Transition Act is the law of New Mexico and applies to all our San Juan abandonment filing.”