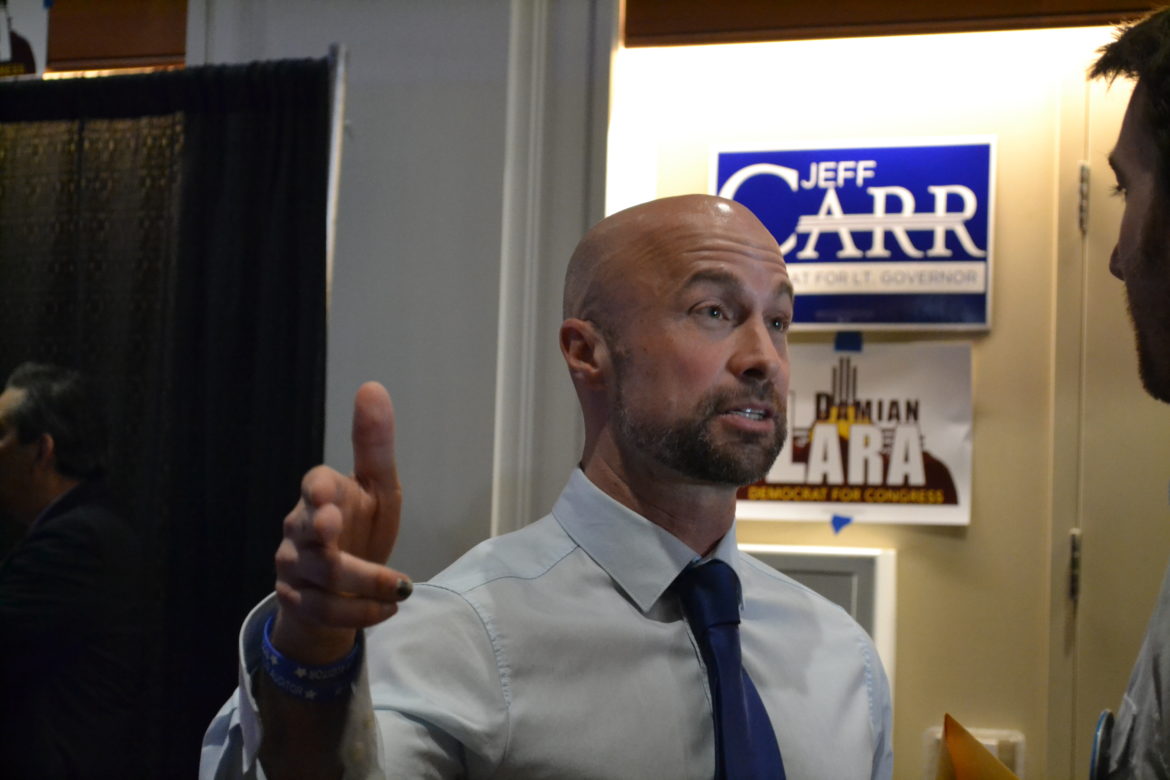 This week the U.S. Supreme Court will hear arguments on whether the Federal Civil Rights Act applies to gay, lesbian, and transgender Americans. It currently bans discrimination based on sexual orientation and gender identity for employment and housing. However, President Trump argues that they should not be protected and a decision is expected before year’s end.

New Mexicans should know, however, that state law is crystal clear. Our Human Rights Act specifically makes it illegal to use sexual orientation and gender identity to discriminate. Employers cannot hire, fire, promote, demote, or have separate conditions of employment based on LGBTQ Status. The law also requires fairness for LGBTQ individuals and families looking to rent or buy housing or apply for loans.

Why is this important?

Suicide rates among LGBTQ teens and young adults are higher than their heterosexual counterparts. These young people report higher rates of feeling unsafe in school because of more harassment, bullying, and assault than straight students. However, a study published by the American Medical Association shows that when marriage equality was introduced in the US last decade the rate of suicide in LGBTQ teens declined sharply. The lead researcher stated that “laws that have the greatest impact on gay adults may make gay kids feel more hopeful for the future”.

To protect our kids and give them the best shot at being healthy, happy adults, it is vital that we show everyone in our communities they will have a chance to make it no matter who they love.

Additionally, the US is facing a tight job market right now. This means it is getting harder for companies to find workers with the skills they need to grow and succeed. Showing that our state is a welcoming community that provides protections to people of different orientations and identities will make is easier for employers in critical areas like health care, education, and the STEM fields to recruit workers who can help them succeed.

Unfortunately, the Trump Administration has taken repeated aim at protections afforded to our LGBTQ sisters and brothers. Two hours after he was sworn in, all mention of LGBTQ issues were removed from the White House website. His Labor Department has proposed rules to let businesses with Federal contracts discriminate based on race, gender, and national origin as well as sexual orientation and gender identity. He has banned transgender Americans from serving in the military and his education Secretary Betsy DeVoss made official visits to schools that disallow transgender students.  And now his Justice Department is trying to remove protections afforded to millions of Americans in states without laws to protect them.

In New Mexico, though, we celebrate diversity. We were on the front lines of the marriage debate, allowing same sex couples equality before the US Supreme Court made it legal nationally. LGBTQ community members represent us on City Councils, at the State Senate, and on the Governor’s Cabinet. Laws here protect our neighbors from discrimination and New Mexico recently banned the dangerous practice of conversion therapy.

Governor Lujan Grisham and her team believe passionately and strongly in an economy that works for everyone. If you feel that you have been discriminated against based on your sexual orientation or gender identity on a job or looking for a place to live, visit the Department of Workforce Solutions’ Human Rights Bureau for information on how to file a complaint here: https://www.dws.state.nm.us/Human-Rights-Information.

And know that you will be protected no matter what the Supreme Court decides.