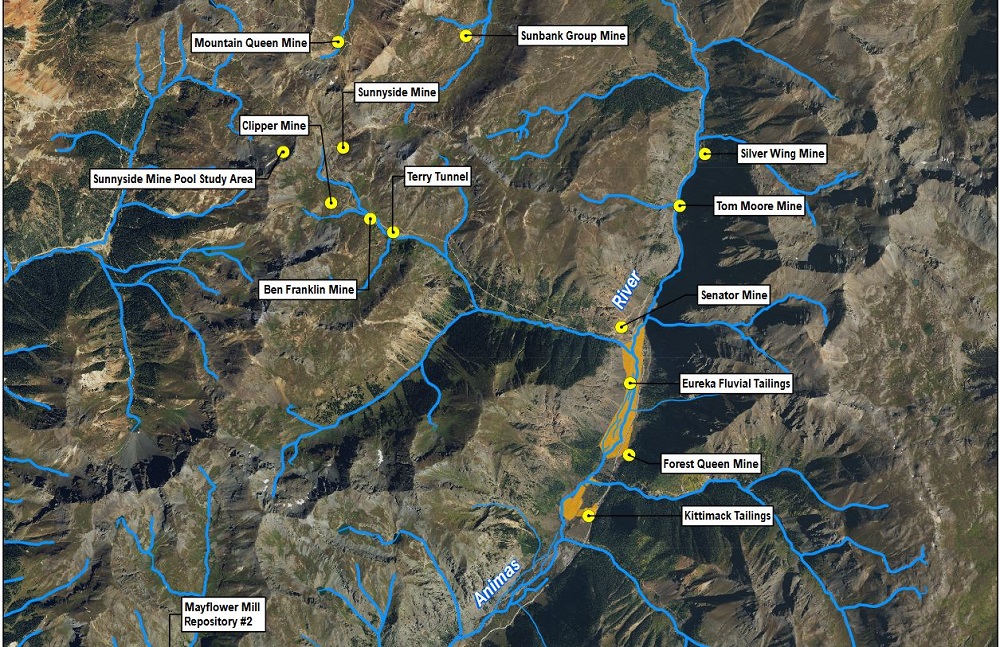 The Silver Wing Mine is part of the Bonita Peak Mining District, which was designated a Superfund site by the EPA in 2016.

Wastewater from a mining site in southwestern Colorado spilled into the Animas River on Wednesday. The EPA alerted New Mexico and Colorado state officials to the spill later that day. The EPA is still trying to determine the extent of the spill, which occurred at the Silver Wing Mine, located north of Silverton, Colorado. The discharges have discolored the river, the EPA said.

The Animas River snakes through southwestern Colorado and northwestern New Mexico. It is a tributary of the San Juan River, which flows into Lake Powell.

The New Mexico Environment Department (NMED) said late Thursday it is monitoring the water quality of the river in Colorado and New Mexico. The department said it doesn’t have “any evidence of water quality impacts that could affect human health and the environment.”

The Animas River ran yellow in 2015 after EPA contractors accidentally released 3 million gallons of toxic wastewater from the abandoned Gold King Mine, impacting communities in the Navajo Nation and Four Corners area. The spill caused New Mexico and Colorado officials to declare states of emergency.

Read all of our coverage on the Animas River