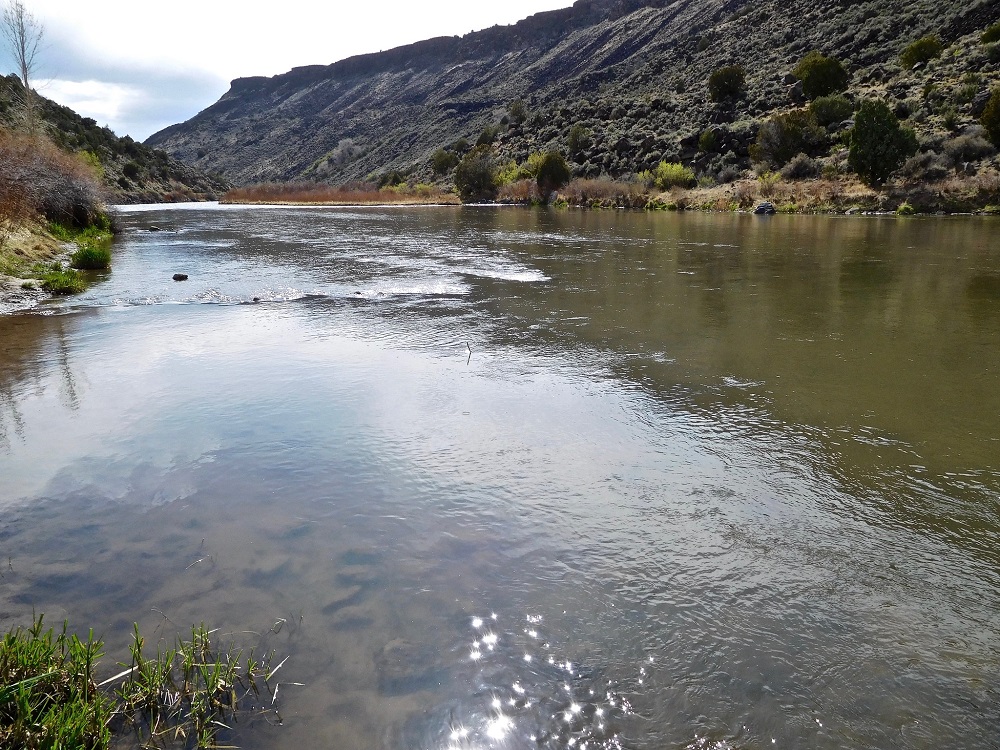 State Engineer John D’Antonio’s ties to a desalination industry group has some environmentalists concerned about how the state is promulgating new rules to handle produced water.

D’Antonio, who was appointed to the position of state engineer by Gov. Michelle Lujan Grisham earlier this year, is listed as a director of the New Mexico Desalination Association, a 501(c)6 nonprofit “business league.” The barebones website doesn’t list its members or board of directors, but the nonprofit’s filings with the Secretary of State office indicates John D’Antonio sits on the board of directors.

RELATED: As NM’s water boss, D’Antonio is back on the job

The nonprofit hosted a controversial produced water conference in Santa Fe last year, with the New Mexico Water Resources Research Institute and New Mexico Tech’s Petroleum Recovery Research Center. The conference drew protests from environmentalists concerned about how the wastewater from oil and gas production may be used in the future.

The state is currently gathering public and stakeholder input before developing policy and regulation around potentially using fracking wastewater, also called produced water, for use outside the oil and gas sector. Environmental groups are concerned that the process is being driven by industry interests, and could result in unsafe water being introduced to the state’s water resources.

Given those concerns, D’Antonio’s current roles as both state engineer and board member to the association is problematic, said Rebecca Sobel, senior climate and energy campaigner for WildEarth Guardians.

“It’s very concerning that the highest ranking official that will be responsible for water quantity obligations in meeting compact regulations is standing to directly benefit, and has a direct stake in produced water rule promulgation,” Sobel told NM Political Report.

“Really, what both appointments point to is how greased fracking waste rulemaking is in New Mexico,” Sobel said. “There is a whole cast of characters that stand to make millions of dollars by labeling fracking industry waste as water.”

The NM Desalination Association was formed in 2017, according to documents filed with the Secretary of State. Its mission is “to unite and educate” stakeholders on desalination’s potential in New Mexico, as well as “on creating new water supplies through desalination of non-traditional brackish water resources that will support long-term economic growth, while protecting the environment and maintaining the social and cultural traditions of New Mexico,” according to the group’s website.

While its most public-facing event to date was the produced water conference, fracking wastewater is just one focus point of the organization, said Robert Feinberg, co-founder and board member of the NM Desalination Association.

The organization’s role is “to promote good and responsible use of brackish water in New Mexico, which we have more of than anybody in the world does,” Feinberg said.

New Mexico sits atop the largest inland deposit of brackish water in the country, Feinberg said, and pointed to the state’s revenue-generating resources oil, gas and grazing leases. “There is a fourth resource, and it’s called brackish water. And we’re not using it.”

The association works to connect companies in the desalination sector with opportunities in New Mexico. It is also working with the State Land Office to encourage the use of brackish water in fracking wells as an alternative to freshwater use.

“Brackish water has everything in it, naturally, that the frackers want,” Feinberg said. “And you’re not wasting new water.”

Feinberg said he sees a lot of current potential for desalination in New Mexico using existing technologies, but added that the technology needed to cost-effectively clean up fracking wastewater to drinking water quality standards is still a few years away.

Still, Feinberg isn’t concerned about how the state will end up using the wastewater.

“The government entity that allows fracking water to be reused is going to be damned sure it’s not going to hurt people, I promise you that,” he said.

Sobel and others are concerned that the state may try to use remediated fracking wastewater to meet its interstate stream compact agreement obligations, which require New Mexico to have certain levels of water quantity in rivers at borders with neighboring states Texas and Arizona.

The New Mexico Environment Department stressed at the first produced water public meeting held last week in Albuquerque that the department is not authorizing discharges of treated produced water for uses such as agricultural irrigation, discharge to surface waters, or as drinking water.

Maddy Hayden, public information officer for NMED, also clarified to NM Political Report that OSE is part of the public meetings “to answer tangential and possibly related questions regarding water management in the state.”

“OSE does not have a role in the regulation of or rulemaking process for produced water use outside of the oil and gas industry,” Hayden said.

NM Political Report asked the governor’s office for comment on the ethics of having the state engineer also serve as a board member to a group that has a stake in water policy outcomes currently being developed by the state.

“As with any state body with a regulatory or oversight role, the state engineer’s office, above all else, is impartial, objective and fair in its management and oversight duties. That’s the governor’s expectation, and it will be met,” Nora Meyers Sackett, press secretary for the governor, said in an email.

“John D’Antonio is a state leader on issues of water policy and his being on that board prior to his nomination as state engineer speaks to the deep technical expertise he has developed over many years of impartial and fair service to the state,” Meyers Sackett said. “He will be fastidious in recusing himself should there be even an appearance of overlap.”