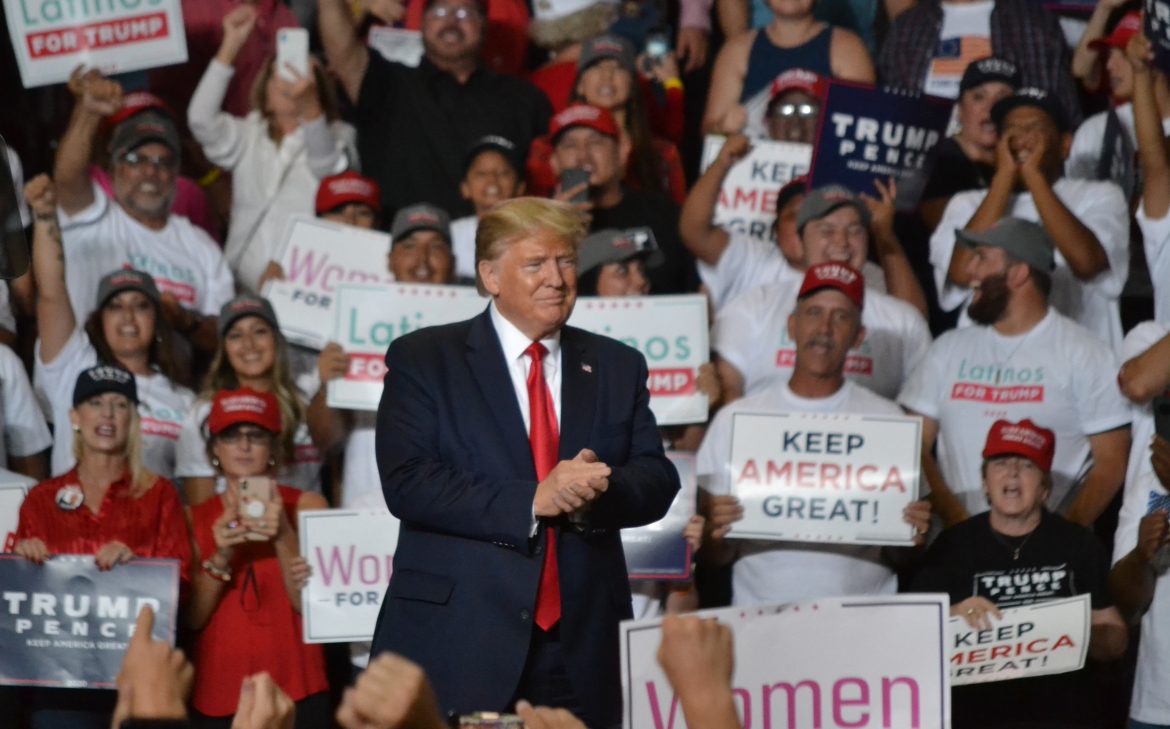 A tracking poll of Latinx and Hispanic voters showed weakened support for Donald Trump in New Mexico and other potential battleground states.

The poll, conducted by Equis Research between Sept. 23 and 29, found support among the voters in New Mexico fell from 28 percent in July to 24 percent in the most recent poll. Both numbers are still the highest in the eleven states surveyed.

Job approval among Latinx and Hispanic voters in New Mexico also dropped, from 35 percent to 29 percent.

The poll came after Trump’s visit to New Mexico on Sept. 16, when he held a rally in Rio Rancho. Speaker of the House Nancy Pelosi’s announcement of a formal inquiry also happened while the poll was in the field; since then, support for impeaching Trump has increased.

The poll also found that 55 percent of Latinx voters are now “very excited” to vote.

At the same time, the Democratic Party has seen increased approval numbers among the population.

“New Mexico has seen an increase of thirteen (13) points in favorable views of the Democratic Party, while Trump’s visit to the state failed to help his favorability, which dropped four points since the results Equis published in August.”

New Mexico has the highest percentage of Latinx and Hispanic residents, with 49.1 percent of the state identifying as such according to the most recent U.S. Census estimates.

The numbers in other states echoed the movement in New Mexico.

“The 2020 presidential election will be won at the margins, so the data we’re seeing that shows Donald Trump losing ground despite early spending and outreach by his campaign into the Latino community even among older and more conservative Latinos, speaks volumes,” added Melissa Morales, Research Director for Equis.

The poll of 600 registered Latinx voters was conducted between Sept. 23 and 29. The poll surveyed 300 by phone, both landline and cell phone, and another 300 by online panel in both English (88 percent of respondents) and Spanish (12 percent of respondents). The margin of error on the poll is 4 percentage points, which means results can differ by 4 percentage points in either direction.