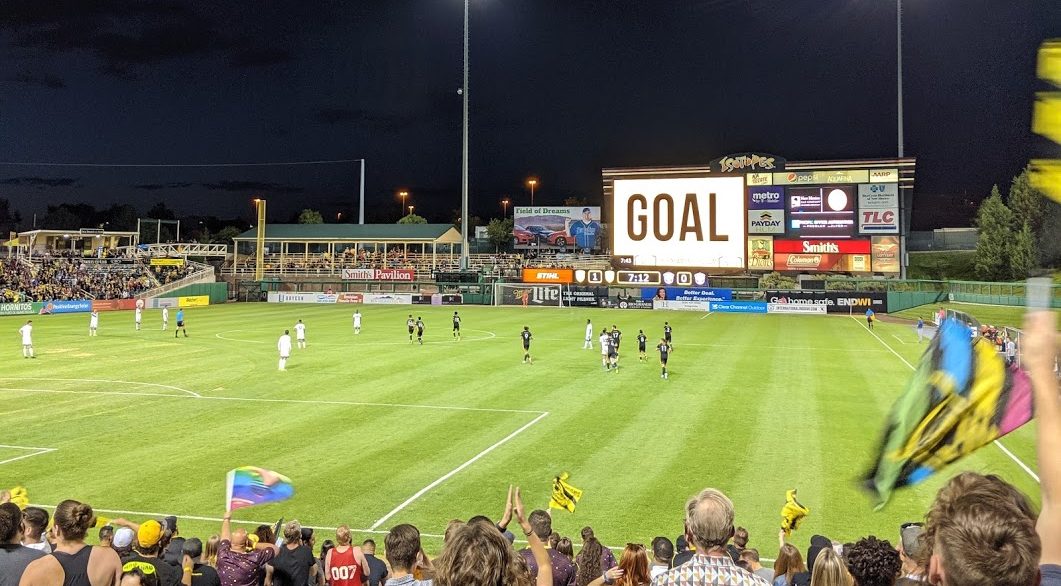 New Mexico’s professional soccer team received a warm reception from the Legislature Thursday as the team told legislators about the need for their own stadium.

The discussion was light on specifics, since it is so early in the process, but signs pointed toward a publicly-owned facility managed by New Mexico United, a similar arrangement in place between the city of Albuquerque and the Albuquerque Isotopes.

New Mexico United President and CEO Pete Trevisani was joined by McCullers Sports Group LLC president Mark McCullers and City of Albuquerque Chief Operating Officer Lawrence Rael to speak to the Economic and Rural Development Committee about the potential for a stadium. Rael was involved in the move to build Isotopes Park after the Albuquerque Dukes, the minor league baseball team that played in Albuquerque for decades, left the city.

They cautioned that this was in the very early stages and said they didn’t have any specifics to study, but told legislators about the potential impact that a stadium would have on Albuquerque.

Trevisani said he envisioned a facility “that isn’t just open 30 times a year for soccer games” or the occasional concert, but is a community space with restaurants and cafes open daily.

He also said he would like the stadium to be home to a women’s professional soccer team. The National Women’s Soccer League is a nine-team professional league, with a team in Louisville set to begin play in 2021.

Currently, United plays at Isotopes Park, where the AAA Albuquerque Isotopes play. The stadium averaged 12,693 fans per United game in 2019, according to Soccer Stadium Digest. No other team averaged even 11,000 fans per game in the 36-team USL Championship. The league is the second-highest division in American soccer.

Before each season, the Isotopes present a check to the city of Albuquerque for $750,000, plus surcharge sales on goods at the park, for their lease in the city-owned and funded stadium. The latest check was $1.46 million, on the lower-range of payments by the team since it began operations in the early 2000s.

“The team has the expertise to operate if that’s the right format and there’s, again, a model in Albuquerque where that’s working, so it’s reasonable that that would be the circumstances,” McCullers told the committee.

Isotopes Park was built using a number of funding sources, including general obligation bonds from the city of Albuquerque and financing from revenue generated from defraying gross receipts taxes.

As for location, Rael said they would reach out to community stakeholders, but three locations previously explored in a 2017 feasibility study conducted for the City of Albuquerque were the Railyards, Lomas and Broadway and 12th and I-40. All are near downtown Albuquerque.

“These facilities don’t need to stand alone and don’t need to be islands on their own,” Rael said. He cited University Arena, known as The Pit, as being “on government property surrounded by parking lots” and said a stadium for United could be better integrated into the city.

The city has already aided United in its first season at Isotopes Park.

The city paid $270,000 for costs related to installation and removal of grass for soccer games this season. Once removed, the turf was moved to city parks and other spaces.

Studies of stadiums have shown that stadiums built with public funds typically do not reach the lofty promises. The Federal Reserve Bank of St. Louis summarized studies that say the spending at stadiums is typically not new spending.

“If they were not spending on sporting events, they would instead spend on museums, movies, concerts, theaters, restaurants, and so on,” the summary stated. “Because consumers tend to have limited entertainment budgets, dollars spent at a new stadium would not be new spending but rather diverted spending.”

“I think bottom line is, it’s very clear that you have built a community, now you need a home,” State Rep. Abbas Akhile said, echoing many of his colleagues. “I will support you for that.”