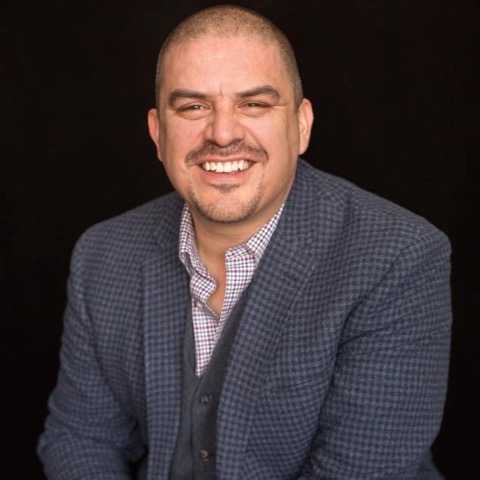 On any given weekday afternoon in Albuquerque just after 4 p.m., on KIVA-FM, listeners can hear the brief hit song from the late 1990s, You Get What You Give, followed by the booming and conservative voice of Eddy Aragon. Aragon makes it very clear he stands far to the right on the political spectrum.

Now, after four years of owning and operating the station that airs his daily show, Aragon said he’s considering running for U.S. Senate—with a stress on “considering.”

“You have to imagine the tremendous sacrifice that I have to consider,” Aragon said. “Being off during the year Donald Trump is running in 2020, that’s a sacrifice to my radio station.”

But he said enough people asked him to consider running that he decided in October to explore the idea.

Tipping things toward a possible run for Aragon is the field of candidates poised to run against U.S. Rep. Ben Ray Luján. Luján announced earlier this year that he would run for Senate after U.S. Sen. Tom Udall said he would not seek another term next year. Up until several weeks ago, Luján faced New Mexico’s Secretary of State Maggie Toulouse Oliver in the Democratic primary. Now that Touluse Oliver is no longer running, Aragon said, Republicans need a candidate who can beat Lujan.

“There are no strong candidates in the race currently,” Aragon said. “I think that’s the biggest thing. We don’t see a way going forward for any of the current candidates to win, which includes Elisa Martinez.”

Martinez is an anti-abortion candidate who recently announced her candidacy for the seat.

Aragon’s hypothesis is that the current list of candidates are hoping a 2020 Trump win will translate to a Republican win for the open Senate seat. But he said they have it backwards — that a Senate win would translate to a win for Trump.

“They’re going to ride on the coattails of President Donald Trump,” Aragon said. “Trump would have to ride on my coattails, because I’m the conservative voice here in this city.”

A Democrat turned Republican and a realtor turned local radio personality, Aragon said if he decides to run, he’s more than confident he would not only win, but boost Trump’s numbers in the state.

“I’m kind of a natural winner,” he said.

Regardless of who runs, Aragon predicted that the Republican nominee will need at least 55 percent of the vote for Trump to win the state’s five electoral votes. He pointed to Republican wins from other states where Trump also won. He said in each of those races, Trump’s win was about one to two percentage points behind the respective Republican Senate winners.

“We’re a never Trump state,” Aragon said. “There’s not one of the current candidates, certainly not someone who has the background that they do, who can get to 55 percent that can create the win for Donald Trump.”

If he decides to run, this would be Aragon’s second foray into local politics. In 2017, he briefly threw his hat into the Albuquerque mayoral race.