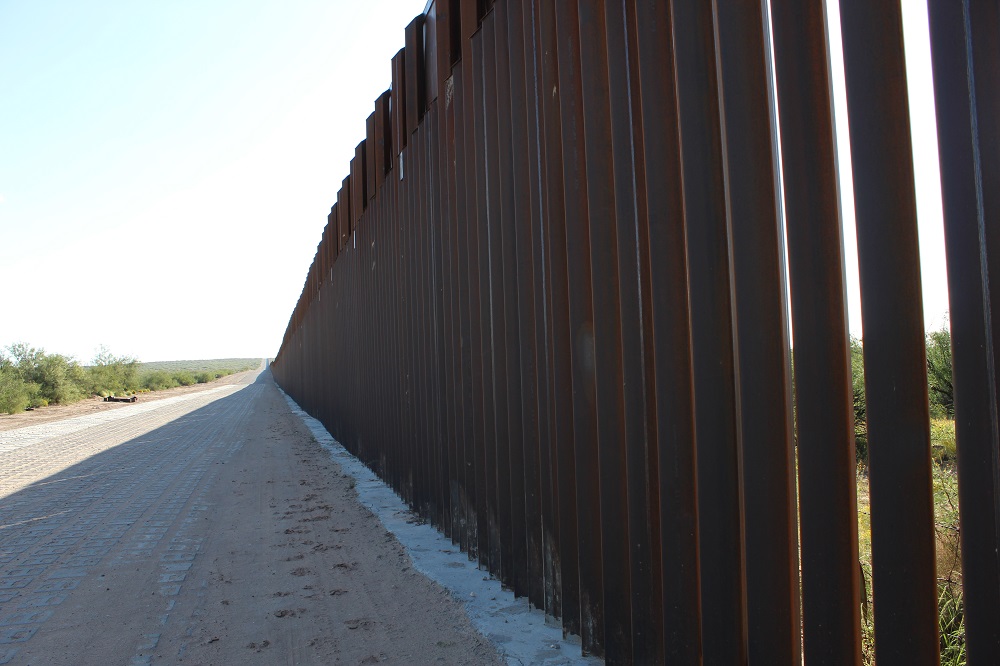 “As government prepares to seize more land for a border wall, some Texas landowners prepare to fight” was first published by The Texas Tribune, a nonprofit, nonpartisan media organization that informs Texans — and engages with them — about public policy, politics, government and statewide issues.

EL PASO — When David Acevedo attended a meeting with officials from the U.S. Army Corp of Engineers in Webb County last month, he thought he would come away with more information about the Trump administration’s border security plans.

But Acevedo, whose family owns 180 acres of land near the Rio Grande in south Laredo, said the meeting only produced more questions about how the administration was going to move forward with plans it had for the swath of land that’s been in his family for generations.

“They didn’t tell us that they were doing a physical barrier,” he said. “They said, ‘It may be a wall, it may be that we just need lights, we’re going to put lighting up, it may be we just need a road.’”

The only thing he knew for sure was the administration wanted access to his land to conduct surveys and site samples for border security purposes. And in a letter dated Oct. 15, the government asked him to grant access for 18 months.

The government’s actions in Webb County are similar to the sporadic but hurried moves the administration is taking in the Rio Grande Valley as it fast-tracks construction of a border barrier ahead of the 2020 election. The administration moved ahead recently with construction of new barriers in the Rio Grande Valley, and NBC news reported last week that the administration is preparing court filings to seize more land in the area before the end of the month — without first telling landowners how much it will offer for their land.

It’s a familiar fight for people in the Rio Grande Valley, said Ricky Garza, an attorney with the Texas Civil Rights Project who is urging his clients not to allow the government access to their land. He represents five Valley landowners and is in talks with another, he said last week.

“A landowner is under no obligation to sign that right of entry to allow them free access to the property, but it’s in the government’s interest [to have them sign],” he said. “They don’t want the landowners to ever see the inside of a courtroom.”

Garza said most of his clients are in the early stages of the battle — fighting in court on the issue of granting the government access to survey their land. But he said there are likely more landowners who have received notices without knowing what they represent.

“I wish we had good data on where these right-of-entry letters have gone out and what percentage of people gave signed them,” he said.

In Laredo, Tricia Cortez, the executive director of the Rio Grande International Study Center, a nonprofit environmental group, said it’s hard to pinpoint exactly where the government is planning to seize private land.

“It’s all secretive. We’re finding out they also want to put 15 miles [of border wall] upstream from Laredo College [in west Laredo],” she said. “They don’t say where exactly.”

While some landowners are digging in for lengthy court battles with the government over their land, the Trump administration is likely to seize the land it wants, said David Bier, an immigration policy analyst at the Cato Institute, a libertarian think tank.

“I think he’s not going to mess around trying to negotiate beforehand,” Bier said. “He doesn’t have to, according to the courts and according to the statute. He can get away with just taking the land and putting a $100 price tag on everything. He can do that and leave it to the courts to figure out what’s just compensation somewhere down the line.”

The Army Corps of Engineers did not return a call seeking comment about the land acquisitions in Webb County and the Rio Grande Valley. During a news conference in El Paso on Wednesday, newly appointed acting Department of Homeland Security Secretary Chad F. Wolf said the administration’s goal was to build 450 to 500 miles of barrier by the end of 2020. He said 83 miles have already been built and an additional 153 are in progress.

Wolf said he’s confident that the Army Corp of Engineers will eventually be able to gain access to the properties the federal government needs.

“We continue to push forward on both land acquisition and construction of the wall; obviously the two have to work hand in hand,” he said, adding that the Army Corps of Engineers and other government agencies are “talking with landowners every single day to try to find a solution.”

The Trump administration’s ability to seize land for a border wall comes from a Great Depression-era policy called a declaration of taking. Congress passed the Taking Act to help spur the economy through construction projects and job creation. It was seen as an alternative to the slow-moving eminent domain lawsuits of that time. The idea was to fast-track seizures, which would allow the federal government to quickly build public works projects and generate jobs.

The George W. Bush’s administration used the act in Texas after the 2006 Secure Fence Act called for hundreds of miles of border barrier construction. The government told landowners up front how much it was offering to pay for their land during that round of border barrier construction, but the effort still produced dozens of lawsuits after some landowners challenged the proposed amounts. (Some of the those legal challenges are still pending, a 2017 investigation by The Texas Tribune and ProPublica found.)

Even as questions about timelines and compensation swirl, people like Acevedo seem ready to dig in and fight for as long as they’re able.

Acevedo said he’s not opposed to more border security. He grants U.S. Border Patrol access to his land when the agency needs it. But he has his limits.

“Get them helicopters, get them drones, get vehicles, get them technology,” he said. “But when they come and they say they’re going to take something by eminent domain or whatever, that’s when I put my foot down.”

He said he hasn’t touched the government’s right-of-entry agreement.

“Hell no, we’re not signing anything,” he said.

This article originally appeared in The Texas Tribune at https://www.texastribune.org/2019/11/21/texans-fight-government-plan-seize-land-border-wall/.

The Texas Tribune is proud to celebrate 10 years of exceptional journalism for an exceptional state. Explore the next 10 years with us.