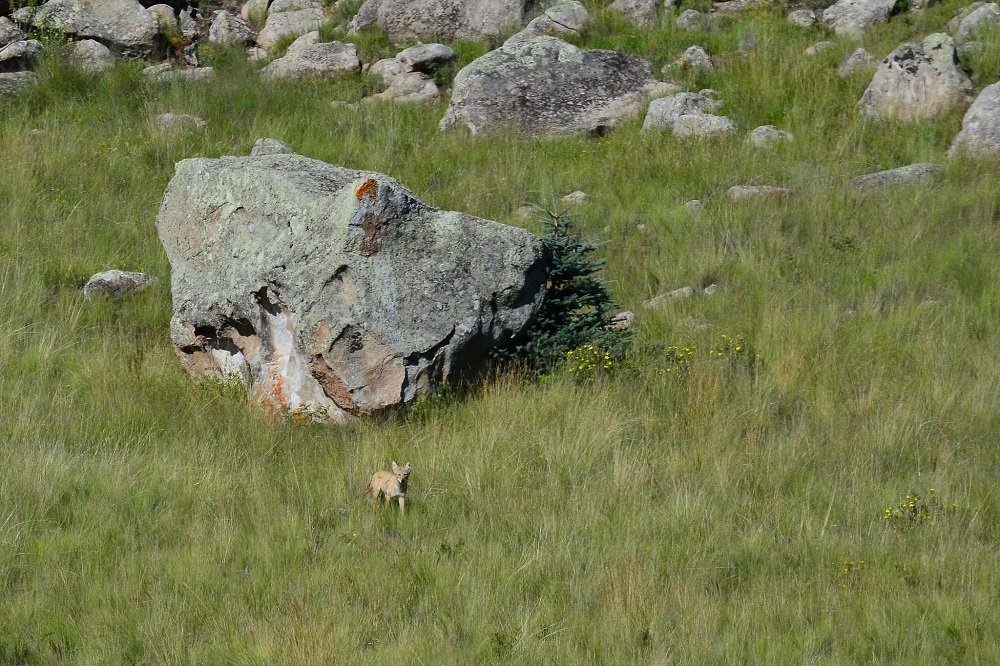 M-44s date back to the 1970s and are used to kill coyotes and other predators that threaten livestock. The spring-loaded device is inserted into the ground, and topped with scented bait to attract carrion-feeding animals. When an animal bites down on the bait, the spring shoots a pellet of powdered sodium cyanide into the animal’s mouth. The powder combines with saliva in the animal’s mouth to produce hydrogen cyanide gas, a lethal poisonous gas that kills the animal within a few minutes of exposure.

Wildlife Services, a secretive agency within the U.S. Department of Agriculture’s Animal and Plant Health Inspection Service (APHIS), contracts with local governments to use the devices to combat local predator populations and protect livestock from predation.

M-44’s key ingredient, sodium cyanide, is a restricted-use pesticide regulated by the EPA under the Federal Insecticide, Fungicide, and Rodenticide Act (FIFRA). The EPA’s first interim decision on the chemical, released in June, was the result of a pending registration review, a process the EPA undertakes periodically for the chemicals it regulates under FIFRA.

Environmental and wildlife advocacy groups oppose use of the devices on the grounds that they are inhumane. Environmental groups across the country and in New Mexico are seeking to ban the use of M-44s at federal and state levels.

“They are ineffective, indiscriminate, cruel, and do not belong,” said Chris Smith, southern Rockies wildlife advocate for WildEarth Guardians, in a statement.

In 2017, Kelly Nokes, an attorney at the Western Environmental Law Center, filed a petition on behalf of conservation group WildEarth Guardians requesting the EPA cancel all current and future registrations for sodium cyanide.

The EPA denied the petition but extended public comment periods for its registration review processes and proposed interim decision. The agency received some 20,000 comments by March 2019, the “overwhelming majority” of which “did not support the continued registration of sodium cyanide,” according to the EPA.

EPA Administrator Andrew Wheeler then withdrew the agency’s interim decision in mid-August, just a few weeks after it had been released. Wheeler said at the time the issue “warrants further analysis and additional discussions by EPA.”

The revised interim decision is “more protective,” according to the EPA, but still allows the use of the bombs.

“EPA appreciates the commitment from USDA to work with the agency to ensure that there are safe and effective tools for farmers and ranchers to protect livestock,” said EPA Assistant Administrator for the Office of Chemical Safety and Pollution Prevention Alexandra Dunn, in a statement.“Through our discussions, we identified new restrictions that will raise awareness and create additional buffers around where M-44s are placed, which will reduce the potential for unintended impacts on humans, pets, and other non-target animals.”

Nokes and other environmental advocates are not happy with the new interim decision.

“While it is encouraging that the EPA is taking at least some minimal action to protect the public from deadly M-44s, updating a few use restrictions –– nearly impossible to enforce and commonly ignored –– fails to meaningfully address the problem,” Nokes said in a statement.

The revised interim decision is not the final word on sodium cyanide. The agency must wait until it receives an opinion from the U.S. Fish and Wildlife Service on potential effects of sodium cyanide on species listed under the Endangered Species Act and on the listed species’ critical habitat. That decision is due by Dec. 31st, 2021.