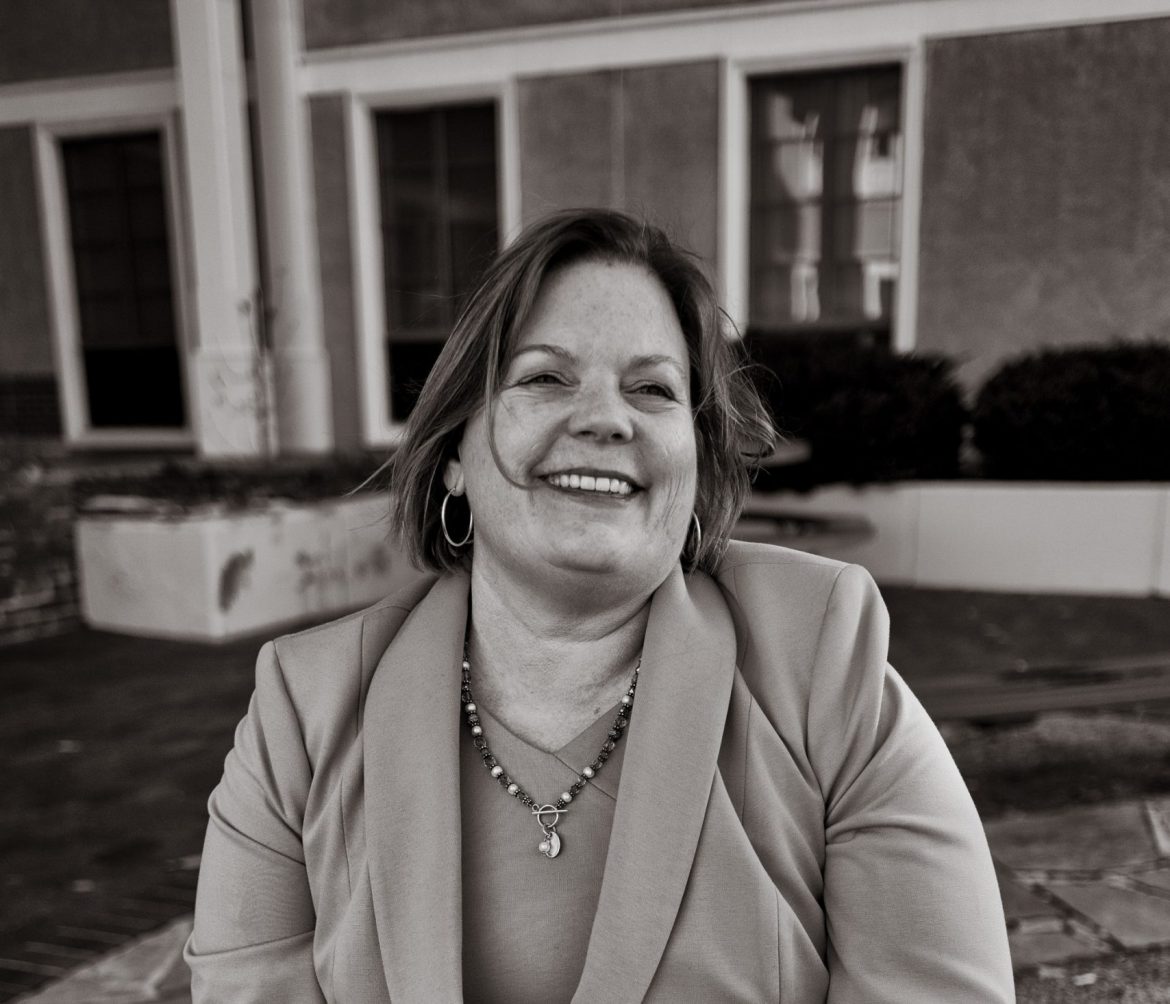 SANTA FE — Gov. Michelle Lujan Grisham campaigned on a promise to transform early childhood education throughout New Mexico. After a months-long nationwide search, she has found a candidate to lead the effort, which could command a budget of nearly half a billion dollars in the next fiscal year.

In November, the governor named Elizabeth Groginsky as secretary-designate of the brand new Early Childhood Education and Care Department, which will coordinate health and education services for the state’s 120,000 children under age 5. Groginsky arrives from Washington, D.C., where she served as assistant superintendent of early learning for the district’s education department, bringing together early childhood services from across numerous agencies — much as she’ll be doing in New Mexico.

Her goal, she said at a Nov. 6 press conference, is nothing less than “to build and sustain a world-class early childhood system” across the state.

A cabinet-level agency with broad powers, the new department — created by the Legislature during its last session — will consolidate services currently scattered across multiple agencies. They include the Children, Youth and Families Department; the Department of Health; the Human Services Department; and the Public Education Department.

The streamlined department has requested a massive budget: $447 million for the fiscal year starting July 1, 2020. If legislators approve the request when they convene in January, the agency will likely have one of the four largest budgets in the state.

The department won’t officially exist until July 2020, but Groginsky started her job on Dec. 2 to help with the transition. Her appointment is still subject to confirmation by the state Senate.

Meanwhile, Searchlight New Mexico spoke to the secretary-designate about her hopes and plans. The following Q&A has been edited and condensed for clarity.

Your department asked for $447 million for the upcoming fiscal year. With all that money and all those resources, what is your number one priority?

Being able to ensure that we are more effectively reaching the vulnerable and the undeserved families across the state. Making sure that families have access to the early care and education resources that they need — whether that’s child care, pre-K, early Head Start, Head Start, or home visiting.

A big part of the investment is increasing access to quality pre-K, and also investing in the workforce — making sure that the early-childhood educators have access to the preparation, enhanced credentials, professional development, and a compensation strategy. They are some of the lowest-paid employees in the state, but are doing some of the most important work for the long-term economic, health, and educational well-being of the state.

Right now, some pre-K programs are public and run by the Public Education Department, while others are private and licensed through CYFD. What do you see as the future of pre-K education in New Mexico? Do you see a blend of the two systems? Will one win out over the other?

We will be administering a program across all sectors, including Head Start, the schools, and licensed child care facilities. All of those places will be eligible to do the pre-K program. So yes, it would definitely want [to be] a mixed delivery system, because that’s going to better support family choice, and it’s also going to be able to pull from what local communities have already invested, in terms of building their early childhood systems. We want to make sure that where children are being served, that those are high quality settings, and that they’re adhering to the standards of the pre-K program across the state.

The governor campaigned on a promise of universal pre-K education. You’re coming from D.C., which had the nation’s highest percentage of 3- and 4-year-olds enrolled in pre-K during the 2017-18 school year. What did D.C. do right, and what can New Mexico learn?

When D.C. initiated the Pre-K Enhancement and Amendment Act of 2008, the political and the public will was all aligned. They had the funding. They definitely embraced a three-sector system — D.C. public schools, our public charter schools, and our community-based organizations, adhering to a set of high quality standards that would be administered. They also made pre-K funding part of the uniform per-student funding formula. In the community-based organizations, the requirement was that they had to receive the same amount of funding.

So this new department here in New Mexico — Early Childhood Education and Care — could have a pretty broad mandate. Just about everything in the life of a parent affects a child — access to housing, food, employment. How far do you think your mandate extends?

I see working with Health, working with Housing, working with Public Education, and of course CYFD. Families need communities that are strong and have the resources and support so they can support their children. So I see it as a mandate to work very collaboratively with all the other secretaries.

One of the concerns some Republican lawmakers expressed about this new department was that the state is just creating another bureaucracy that won’t improve the efficiency of programs or services. What do you think about those concerns?

I have done this in D.C. The division that I took over had come from two or three departments. One was D.C. public schools, [which did] some of the pre-K work. Then we had the Department of Health — some of our licensing and our early intervention — and then the Department of Human Services, [which was responsible for] our childcare subsidy. So I’m very familiar.

I have seen a transformation. All the staff who work within these programs now are thinking differently about their own work, and how it connects to this broader goal of improved outcomes for children and families.

We’ve been talking a lot about your experience in D.C. How well do you think you know the communities in New Mexico? How much time have you spent here?

It’s been a while. I used to come there a lot more in the late ’90s. My aunt lived there in Jemez Springs and La Cueva, and my brother was in Santa Fe. Good friends live there.
I think I have a lot to learn. I’ve been in the state, and I’ve been in lots of different parts, so I understand the rural nature. I’m really looking forward to learning a lot more about the tribal communities, the pueblos, and what their needs are, and what their interests are, and how the state can support them. So I have a lot of learning to do in that way, but I feel prepared.

How would you go about convincing people who view you skeptically, since you’re not from here?

I plan to do a lot of traveling, listening, learning. Similar to D.C. — I went to D.C.; I was very successful in a community that I did not grow up in. The majority of children in [the D.C. public schools] system are African-American. I am not. Most of the providers are African-American or Latina.

And I was able to [succeed by] listening, meeting with people, learning from them, reading, becoming very knowledgeable — building relationships with people who are well connected in different communities across the state.

We talked a lot about your policy and professional work. What do you like to do for fun?

I love music; I love to see live music. I love art, and plays, and theater, hiking. And of course reading. I love reading, mostly nonfiction.

I’ve been reading Chocolate City [by Chris Myers Asch and George Derek Musgrove], which is a book that’s [about] the history of race and democracy in the nation’s capital. And that has been fascinating. I have also read The New Jim Crow, by Michelle Alexander, all about the incarceration of African-American families.

Any closing words? Final thoughts going into the legislative session?

Just how excited I am, honored really, to be appointed to this position, and to work with a community of leaders, community leaders, legislators, the governor and her staff, to really make a difference for young children in New Mexico and their families.

It’s going to fuel the local economy. It’s going to improve health outcomes, education outcomes and economic outcomes in the long term. I think the return on investment is clear, but we have to make the programs high quality, and we have to make sure that the people who are supporting the children — serving the children — are also well compensated and have the kind of credentials and professional development that they need.

It’s an exciting time for New Mexico, being one of only four states in the country to have early childhood at the department level. We plan to make something that more states should look at in terms of changing the trajectory for whole populations of children.