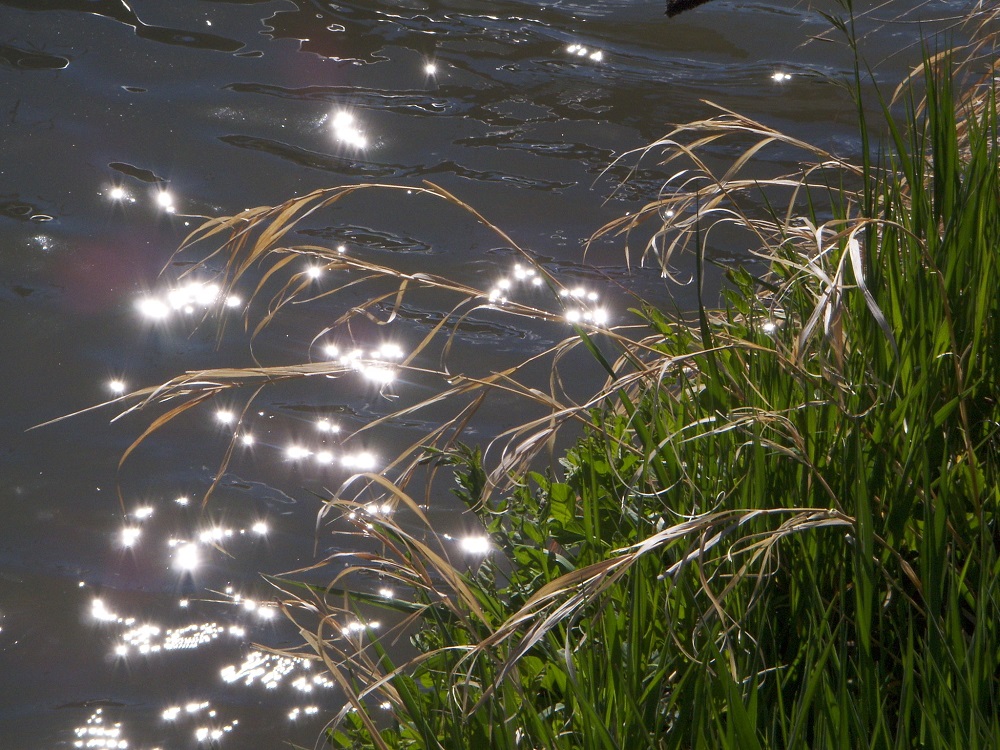 The Office of the State Engineer awarded the state’s first water rights permit to keep water in a river. The office granted the permit to Audubon New Mexico for a stretch of the Gallina River near Abiquiu.

Riparian areas, including rivers, streams and wetlands, account for just 1 percent of the New Mexico landscape, and have been stressed by decades of drought and a warming climate. A recent World Resources Institute study ranked New Mexico as the most water-stressed area in the United States.

Surface water rights in the state are typically granted to individuals for diverting water from streams and rivers to irrigate crops and support food production.

“The idea of having a state-based water right permit that is recognized to be used beneficially for in-stream — that has never been done in this state,” Tashjian said.

In-stream-flow rights represent a counter to the philosophy of water appropriation that has guided the OSE’s handling of water rights up until now. The foundation of water rights to date has required rights holders to divert water away from streams and rivers in order to maintain the rights to that water.

“The concern with state water law, is that if you have a water right and you don’t use it for a certain amount of time, you could lose your water right out of non-use,” Tashjian said. “There’s this incentive to divert — even if you’re not needing that water.”

The Audubon’s in-stream-flow rights are for a three-quarters of a mile stretch of the Gallina River just upstream of its confluence with the Rio Chama. The permit allows for a 5-year lease of an agricultural water right on the Gallina.

But Tashjian said the permit sets an important precedent for the OSE and other water rights holders.

“What this allows is for, in places where it makes sense for the ecology of the system, that the water could be left in-stream, but still recognized for use. It establishes it within the permit system,” he said. “Properly constructed in-stream-flow rights could allow for farmers to lease water during drought years when they might not want to farm. It gives them an option to lease it or donate it to the river, and have it permitted so that they can still retain their water rights with the ecological benefit.”

He said it also opens up the possibility of “split-leasing” a water right, in which a rights holder diverts water during the wettest parts of the year, and then leaves water in the stream for the drier part of the season.

“It’s important to keep water flowing in certain streams during that time,” Tashjin said. “So if it’s managed within this system, it can be beneficial.”

John Romero, the Water Resource Allocation program director and the Water Rights director at the OSE, said appropriating water to stay in the river or stream posed a number of challenges to the agency with how to measure and protect water that is “owned” by someone but not diverted.

“It’s hard to do something like in-stream-flow,” Romero said. “How do you measure the water and make sure it gets to where you want it to get — in or to a certain stretch of the river — without someone else taking it? How do you designate that this water is supposed to be in the river, and someone downstream that has a valid water right as well should not take it? How do you shepherd it through? Those are some of the things we’ve been wrestling with in our agency.”

Western states began recognizing the value of protecting water with in-stream-flow water rights in the 1970s. Colorado, Montana, Washington and Oregon and other western states established in-stream-flow programs through the 1980s. Texas followed suit in 2001.

“The concept isn’t really new, it’s been around for a while,” Romero told NM Political Report.

The idea has been floated among policy circles in New Mexico since the 1990s. In 1998, then-Attorney General Tom Udall issued an opinion stating that there was no statute or case law to prevent the OSE from approving an existing water right to in-stream flow; at the same time, the OSE released a memorandum stating that the agency could approve such an application if the flow could be accurately measured and controlled.

The OSE, however, did grant a few special water rights to federal agencies for protection and recovery of endangered species. The agency granted permits to the U.S Bureau of Reclamation and the Interstate Stream Commission to augment river flows on the Rio Grande and Pecos rivers to help protect aquatic endangered species. And in 2005, the state legislature passed the Strategic Water Reserve, which recognized water conservation for fish and wildlife as a “beneficial use” under state law, and authorized the ISC to dedicate water to river flows to help protect endangered species.

It took the agency nearly two years to work out the details of the Audubon Society’s permit.

To get around the measurement issue, Romero said the agency decided to ask the permit holder to measure the water, rather than the state. Romero said there are a few other issues with these types of permits and their enforcement that still need to be worked out.

“The concept of leaving water in the river for endangered species or recreation — it sounds good, but how it works out are two different things,” he said.

“Now the challenge is going to be, when someone sees the water in the river, they’re just going to take it like normal, they aren’t going to know [that it belongs to someone else],” Romero added. “There are some challenges that we have to overcome, so we’ll see how that goes.”

Working with farmers and rights holders

But the state’s water resources must also support its 2 million residents and rural communities’ rich history of agricultural tradition.

“It’s really important for all of us that this works for the farming communities and the cities,” Tashjian said. “We recognize there are some complex issues out there with how it can be applied. We’re mindful of that and we think it will be a benefit not just to rivers but to nearby farming communities.”

Toner Mitchell, the New Mexico water and habitat program director for Trout Unlimited, agreed. Trout Unlimited has applied for in-stream-flow lease permit for about five acre feet of water per year on Gallinas Creek, near the Rio Gallinas outside Las Vegas. The Rio Gallinas is a distinct waterway from the Gallina River.

Gallinas Creek flows entirely on the property of one water rights holder, and Mitchell said the permit, if approved, would give that individual an opportunity to maintain their water rights without needing to divert water each year.

“It would be nice to have this kind of tool in order to help rural farmers and irrigators keep their water rights intact and to not have to go through the time and expense — especially during drought — to put the water on the land when it might not yield a compensatory economic benefit,” Mitchell said. “We would just as soon help folks like that derive some economic benefit from their water right. We definitely see farming and rural communities as integral to supporting trout habitat.”

The organization submitted its application three years ago, and Mitchell said he’s hopeful the OSE will approve the permit in the near future.

Romero said he anticipates seeing more of these types of applications moving forward.

“I think after [Audubon permit], we’ll see some more [in-stream-flow applications]. We’ll learn from this and see how we can structure such permits moving forward,” Romero said. “This is going to be a learning experience for everyone.”

CORRECTION: An earlier version of this story misidentified the waterway for which Trout Unlimited has applied for in-stream-flow rights. The waterway is Gallinas Creek, not Trout Springs. We regret the error.