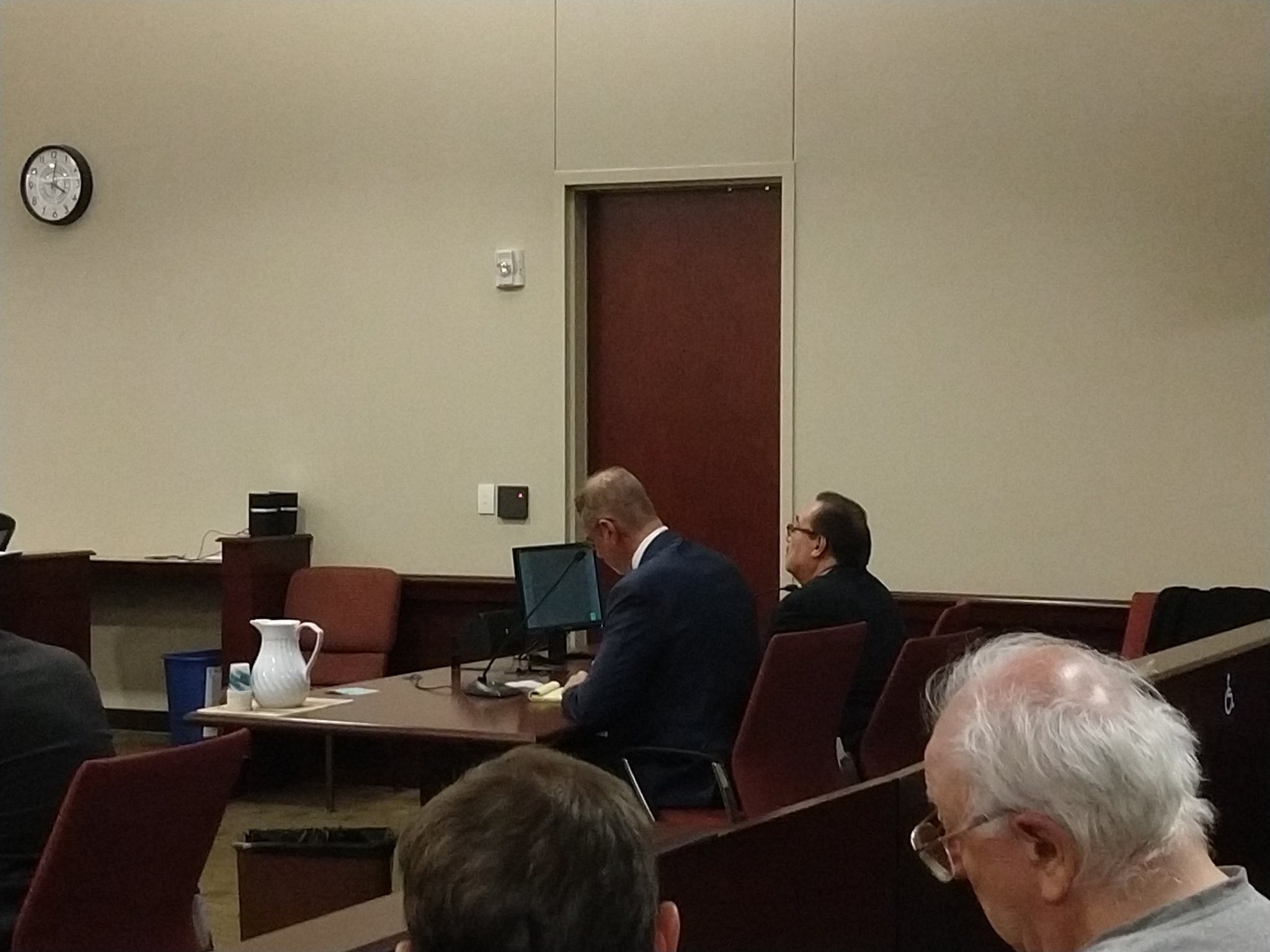 State Sen. Richard Martinez and his attorney ahead of his guilty verdict in a DWI trial.

This past summer, Martinez, D-Española, was driving when he hit the car of a couple waiting at a stoplight in Española. After the state senator was taken to a hospital, police arrested him for DWI and reckless driving.

The ruling on Tuesday came at the end of a two-day bench trial where Martinez’s lawyer, David Foster, argued that the arresting officer didn’t follow protocols for field sobriety tests and that signs of impairment by Martinez could have been from a head injury sustained in the crash.

During their closing arguments, prosecutors from the Attorney General’s Office argued that police lapel camera footage showed Martinez struggling with the sobriety tests and admitting that he had at least two alcoholic drinks that night.

In that footage Martinez was inconsistent on how much he had to drink and about the type of drinks he had. Martinez refused any sort of breath test, and replied, “I can’t believe you’re doing this to me,” when the officer asked for his consent. Prosecutors argued that comment was a “consciousness of guilt.”

“No one is above the law, not even a senator, not even this defendant,” one prosecutor told the judge.

In his closing arguments, Foster criticized police for not following protocol and for inconsistencies in their reports.

“How can you believe anything [the arresting officer] is saying?” Foster asked.

He also criticized prosecutors for pointing out a dark spot on Martinez’s shorts that can barely be seen in the police footage. During the first day of trial, prosecutors argued that the dark spot was urine and a sign that Martinez was too intoxicated to drive a car. In closing, Foster said it was an “unreasonable, gratuitous inference.”

In addition to cross examining witnesses on Tuesday, Foster also twice attempted to get the case thrown out. The judge denied Foster’s motion to dismiss the case on the grounds that the prosecution did not have enough evidence to charge Martinez. Then, just before the court recessed in order for the judge to consider the case, Foster moved for a mistrial after one of the prosecutors made a reference to someone not taking the stand. Foster said prosecutors were referencing Martinez’s decision to not testify, a decision protected by the U.S. Constitution.

The prosecutors told the judge they were referencing the fact that a video, the lapel camera footage in this case, cannot take the stand.

The judge recessed for about four hours before coming back and denying the mistrial motion and issuing the guilty ruling. Martinez won’t face sentencing until next month due to his lawyer’s scheduling conflicts.

After the ruling, Attorney General Hector Balderas said in a statement that justice was served on Tuesday.

“Drunk driving continues to plague our communities, and we must enforce the rule of law against anyone who risks the safety of others,” Balderas said. “I am grateful to the judge for hearing this case and that justice was served for the victims.”

Democratic Senate Pro Tem Mary Kay Papen and Senate Majority Leader Peter Wirth said in a joint statement that they will push to have Martinez removed from his position as Senate Judiciary Committee Chair.

“Drunken driving is an intolerable scourge in our state, and our elected leaders must hold themselves to the highest possible standard of behavior,” she said in a statement Tuesday.

Martinez represents Senate District 5 and has held that spot for almost 20 years. Prior to that he was a magistrate judge. Martinez publicly stated that he would not resign if convicted.

All legislators, including Martinez, are up for election next November. Martinez’s seat was already a target for progessive activists after he voted against expanding abortion rights during the last legislative session.