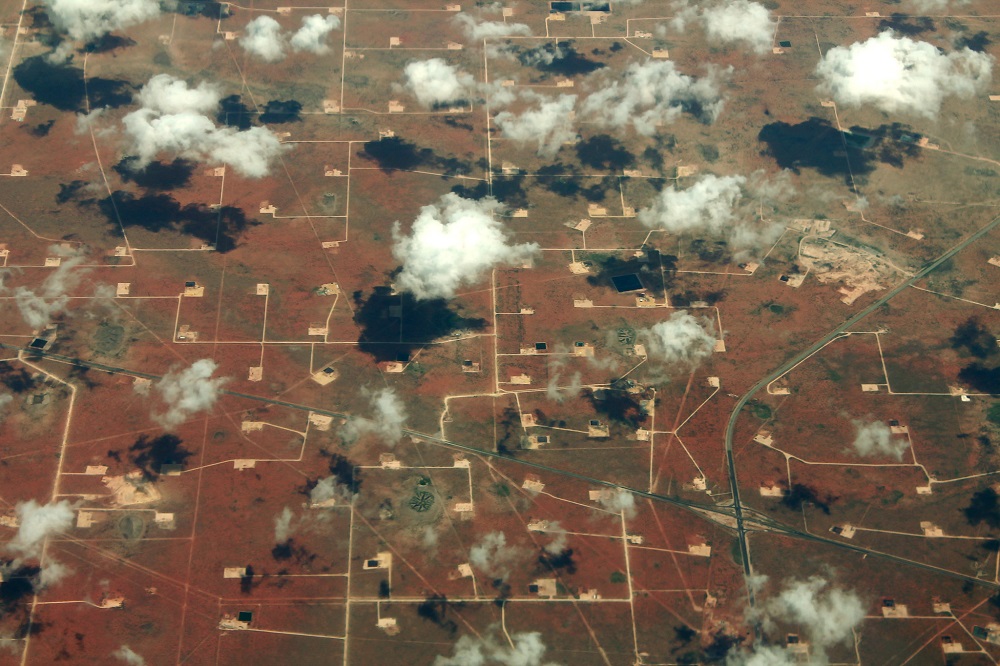 The U.S. has oscillated from being the largest economy to participate in the 2015 Paris Agreement on climate change to becoming one of the world’s strongest voices promoting the continued burning of coal and other fossil fuels.

New Mexico has had a front row seat to that change, of course. In 2019, the Permian Basin became the world’s most productive oilfield, and New Mexico has emerged as a top oil-producing state.

Oil and gas expansion across New Mexico and Texas will be a chief driver of future greenhouse gas emissions in the U.S., according to a recent report compiled by 15 global environmental groups that was released ahead of the U.N. climate-focused COP25 conference held in Madrid this year.

“Right now, the Permian Basin is the biggest projected driver of oil and gas expansion — not just in the U.S. but in the world,” said Kelly Trout, senior research analyst at Oil Change International, a research and advocacy group. Trout was a contributor to the report.

“Our data shows that the potential year of peak production for the Permian Basin in 2032,” Trout said. “The Permian Basin itself could produce more oil and natural gas liquids than Saudi Arabia [at that time].”

U.S. outpaces all other countries in planned oil and gas expansion

The U.S. is poised to outpace every other country in the world in new oil and gas development, according to the report. U.S. drilling into new oil and gas reserves will unlock up to 120 billion metric tons of new carbon pollution.

Ninety percent of that development will come from shale fracking. The report identified New Mexico and Texas, which together contain the Permian Basin, as accounting for nearly 40 percent of new oil and gas development in the U.S. by 2050.

“The U.S. is an outlier in terms of the unprecedented scale of oil and gas expansion that it is pursuing in a time of climate emergency,” Trout told NM Political Report.

“But it’s certainly not the only wealthy fossil fuel producing country that continues to invest in expansion,” Trout added, pointing to Canada. All together, North America will account for 85 percent of global oil and gas production from new development through 2024.

“What is unprecedented is the dramatic scale of expansion that we’re seeing right now and that’s projected to continue into the future,” she said. “The U.S.’s planned oil and gas production would eat up half the world’s budget for oil and gas under a 1.5 degree-compatible pathway by the year 2030.”

Oil and gas production on public lands across the U.S. has ramped up significantly since President Donald Trump took office. Trump has opened up millions of acres of land managed by the U.S. Bureau of Land Management (BLM) for resource development since taking office. Drilling permits have jumped 40 percent under the Trump administration, according to BLM data.

New Mexico’s two fossil fuel producing regions — the Four Corners area in the northwest part of the state, and in the Permian Basin in the southeast — have seen oil and gas lease sales quadruple since Trump took office, according to Judy Calman, director of policy at Audubon New Mexico. Audubon is working to protect sensitive bird habitat in southeast New Mexico by trying to prevent or limit leasing in those areas.

“The New Mexico [Bureau of Land Management] state office used to divide the state into quarters, and they would do one quarter of the state every [three months],” Calman said. Land managed by the BLM’s Carlsbad office, now one of the busiest BLM offices in the country, used to be leased just once a year, which helped the agency balance the multi-use land for both recreation, wildlife and resource extraction.

“What changed post-Trump is they’re now doing the whole state every quarter. Carlsbad is getting leased four times faster than it used to,” Calman said. The administration also shortened the public commenting period for each lease auction.

“Pre-Trump there was a 30-day comment period for those sales. Post-Trump, it’s ten days,” she added.

And the consequences of those changes have been drastic. In 2018, the BLM said a two-day lease sale in New Mexico brought in more revenue than all BLM oil and gas sales in 2017 combined.

The sale, which generated roughly $500 million for the state, spurred Ryan Zinke, former U.S. Secretary of the Department of the Interior, to say “New Mexico is a centerpiece of our all-of-the-above energy future.”

New Mexico’s well-documented water stress becomes particularly startling against the backdrop of our state’s oil boom. Drought-prone areas of the Southwest are some of the first to experience impacts of a changing climate in the U.S., according to the U.S. government’s fourth National Climate Assessment.

The state’s Interagency Climate Change Task Force, convened by Gov. Michelle Lujan Grisham earlier this year, released its first report in late November. It outlines how the state is already experiencing climate change, including environmental impacts such as longer and hotter summers, more frequent droughts and more intense storms, less predictable harvests, as well as impacts to human health, in the form of higher rates of asthma and “heat-related illnesses.”

“If we do not commit to rapid and ambitious action now, climate change will continue to adversely impact public health, our environment, our communities, and our economy,” it states. “The economic costs of inaction are high, while the opportunities associated with a clean energy economy are real.”

Lujan Grisham has embraced the oil and gas revenue, which has proven to be a windfall for the state’s coffers. The governor has also walked a delicate line in pledging to keep the state on track to reduce emissions amid the oil and gas boom. In early December, the state joined the Western States and Tribal Nations (WSTN) group, a global natural gas infrastructure association that is focused on promoting environmentally-sound natural gas production for export markets.

Under Lujan Grisham’s administration, the state has adopted a number of policies aimed at reducing emissions in the state. Lujan Grisham pledged to develop tougher fuel economy standards for vehicles to curb the state’s transportation emissions, and she recently joined the state in the REV West coalition to expand electric vehicle charging infrastructure along major transportation corridors in New Mexico and other western states.

States have little control over how federal lands are managed, but Lujan Grisham directed the New Mexico Environment Department (NMED) and the Energy Minerals and Natural Resources Department (EMNRD) to collaborate on tougher methane emissions rules for oil and gas development, one of the biggest sources of greenhouse gas emissions in the state.

RELATED: While state grapples with new methane rules, EPA wants to end some methane emissions limits all together

But the Energy Transition Act has proven to be the Governor’s pièce de résistance against climate change. It thrust the state and Lujan Grisham into the national spotlight as New Mexico adopted one of the most ambitious clean energy mandates in the country.

“Lujan Grisham’s plan wisely plots a path away from New Mexico’s current dependence on oil and gas revenue and towards a more sustainable, safe and healthy future for all New Mexicans,” Nathalie Eddy, Earthworks’ field advocate for Colorado and New Mexico, told NM Political Report. “Add the benefits of reduced climate pollution, without which it would be impossible to avoid catastrophic climate change, and the Governor’s plan is a no brainer.”