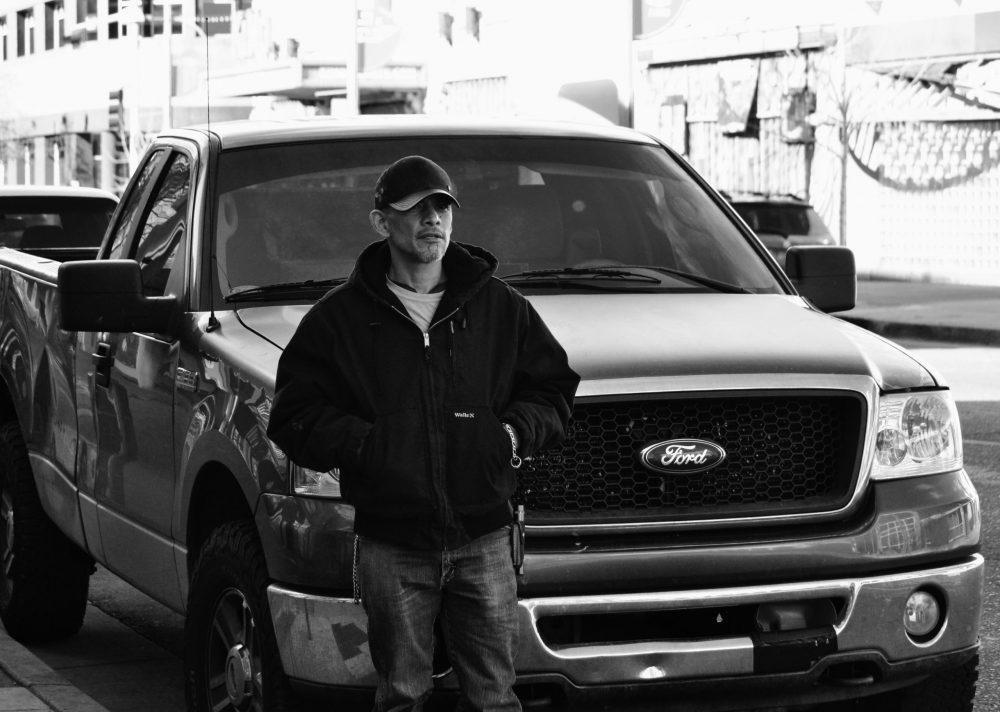 An Albuquerque-based attorney, who also serves in the state Senate, wants a judge to weigh-in on whether those on house arrest should have access to medical cannabis.

The attorney and state lawmaker Jacob Candelaria, on behalf of his client Joe Montaño, filed a writ of mandamus, or a request for a ruling, in state district court, asking a judge to order Bernalillo County to allow those in custody to use medical cannabis if they are part of the state’s program.

In his court filing, Candelaria argued that Montaño has a right to “adequate and reasonable medical care” while in custody. Candelaria also argued that state law says, “Medical Cannabis shall be considered the equivalent of the use of any other medication under the direction of a physician and shall not be considered to constitute the use of an illicit substance,” and therefore his client should be allowed access to his medical cannabis.

According to New Mexico’s Lynn and Erin Compassionate Use Act, which was updated during last year’s legislative session, medical cannabis patients are protected—with some exceptions—from discrimination for using medical cannabis. When mentioning incarceration though, the law seems open to interpretation.

“A person who is serving a period of probation or parole or who is in the custody or under the supervision of the state or a local government pending trial as part of a community supervision program shall not be penalized for conduct allowed under the Lynn and Erin Compassionate Use Act.”

Sen. Jerry Ortiz y Pino, D-Albuquerque, sponsored the Senate bill that added sweeping changes to the state’s medical cannabis law. He previously told NM Political Report that the custody provision was aimed at those in pretrial services or those on probation or parole, and Gov. Michelle Lujan Grisham’s office agreed.

Now Candelaria, who is also a medical cannabis patient, is challenging that thinking with the financial help of one of New Mexico’s more prominent medical cannabis producers, which is led by one of the state’s Medical Cannabis Program’s most vocal critics.

Montaño doesn’t shy away from his past. He told NM Political Report last month that his seventh DWI charge in 2017 was his last. He said he’s focused on his small business repairing and maintaining restaurant equipment and can no longer drink because of health problems. His string of DWI arrests and about 25 years of his life spent in state and federal prisons may not make him the poster child for medical cannabis rights. But Candelaria said Montaño’s criminal history is “entirely irrelevant” and that his client has a right to medical care just as anyone else does.

“At the end of the day Mr. Montaño has a constitutional and statutory right to something very fundamental and simple which is to access medicine,” Candelaria said. “Adequate, reasonable medical care.”

While Candelaria is also a state Senator, he has repeatedly stressed that his day job should be viewed completely separate from his time in the Roundhouse. Candelaria is now the second lawmaker to work with Ultra Health, a medical cannabis production company. Ultra Health’s president and CEO Duke Rodriguez told NM Political Report that his company is helping with Montaño’s legal bills.

“We are committing resources to help make certain that this important issue gets a fair and meaningful day in court,” Rodriguez said. “Justice may be blind but it’s not cheap.”

Rodriguez and Ultra Health have filed numerous lawsuits against the state regarding medical cannabis rules and regulations. Last year, Ultra Health hired Santa Fe attorney Brian Egolf, who also serves as the state’s Speaker of the House, to argue for higher producer plant limits and that a change in state law allows non-residents of New Mexico to be eligible for medical cannabis patient cards.

Montaño previously told NM Political Report that he has a long list of ailments that qualify him as a medical cannabis patient. Even after his 2017 DWI arrest and conviction, Montaño kept his medical cannabis card and continued to use cannabis. Because he was a repeat offender, he faced tougher penalties than he would have if it were his first offense. In the end, a judge agreed to let Montaño enter Bernalillo County’s Community Custody Program (CCP)—essentially house arrest. Montaño was able to continue working and live at home, but was still considered incarcerated. So, when a CCP officer found Montaño’s cannabis and a pipe during a home visit, Montaño was sent to the county’s Metro Detention Center (MDC) where he was kept for about a month.

An MDC spokeswoman said the jail did not have comments regarding Tuesday’s court filing, but she previously told NM Political Report that CCP is still considered incarceration and that illegal drugs are not allowed in the jail. The Bernalillo County attorney did not respond to a request for comment.

But Montaño will likely be free to use his medical cannabis in a few weeks regardless of the outcome in court as he is slated to be released from CCP and into a year-long probation period. Those on probation or parole are allowed to use medical cannabis.

But Candelaria hopes the case will pave the way for other medical cannabis patients in CCP.

“The issue is much larger and much more fundamental than Mr. Montaño,” Candelaria said. “Of course, my hope is that we can get in front of a judge as soon as possible because every day that goes by is a day where he’s not being permitted to use adequate and reasonable medical care.”

Candelaria said for the next several days, Montaño will continue to be forced to choose his medication and risk being sent back to an actual jail cell, or suffer through his symptoms.

The long road ahead

If previous court filings by Ultra Health regarding medical cannabis in New Mexico are any indication, Montaño’s case will likely not stop at district court.

In the case of whether non-residents of New Mexico can obtain New Mexico medical cannabis patient cards, a judge ruled that Rodriguez, a resident of Arizona, and two other plaintiff’s from Texas should be allowed to obtain medical cannabis patient cards. After a failed attempt by the Department of Health and Lujan Grisham’s office to get the judge to reconsider, the state took the case to the state Court of Appeals, where it remains pending. The upcoming legislative session could add more complications. Lujan Grisham announced last year that she would add cannabis legalization to the list of non-budgetary issues during the 30-day session. That could include medical cannabis law changes as well.

But this issue isn’t unique to New Mexico.

Last June in California, where recreational use cannabis is legal, a state court of appeals overturned the conviction of five inmates who were caught with cannabis. Ultimately the court ruled inmates can possess cannabis, but they cannot smoke or ingest it.