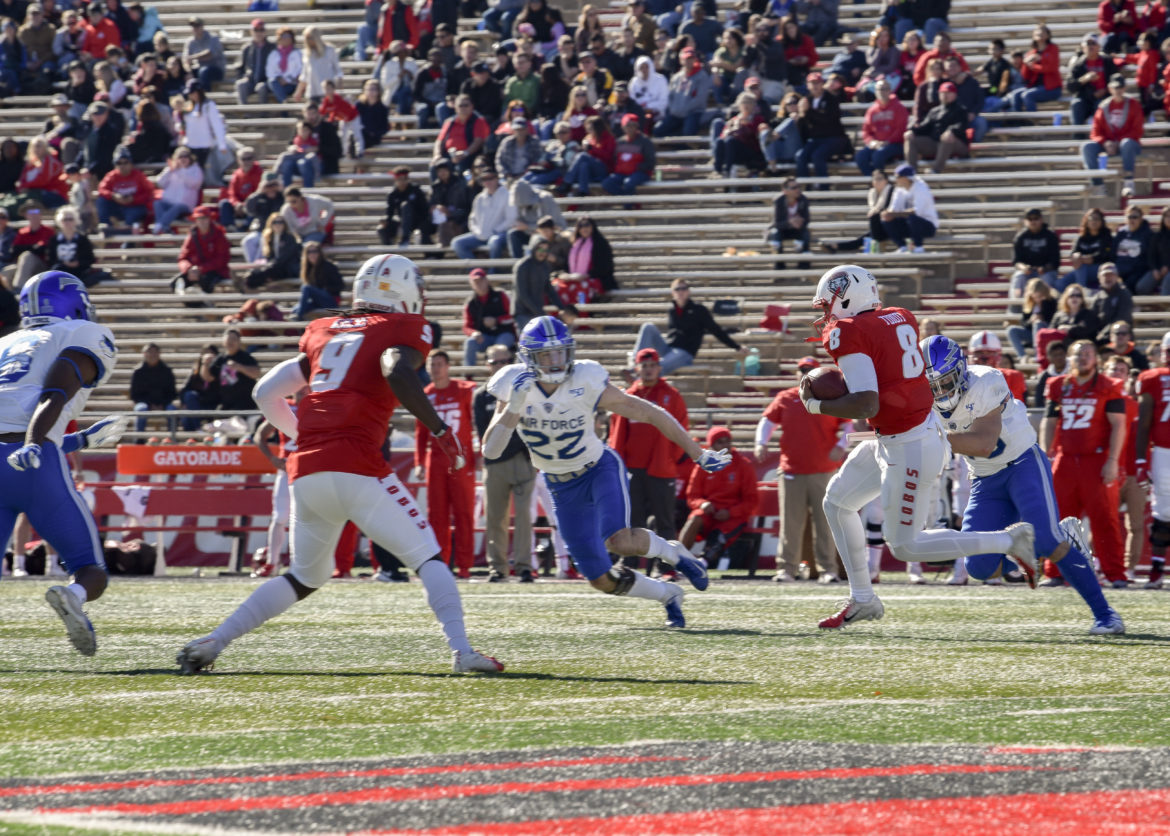 Teton Saltes said he will always remember the text message he received from his friend Nahje Flowers on an early November morning.

Flowers texted to say “he loved me and he was sorry for what he was about to do, that he couldn’t fight it anymore and had nothing left,” Saltes told legislators on the Senate Education Committee  during a Monday hearing on a mental health measure.

Flowers, a 21-year-old University of New Mexico football player, then used a gun to take his own life. He left his dreams and ambitions “splattered on the walls” of his bedroom, said Saltes, who also plays football for UNM.

He was testifying for a bill that would provide additional funding for mental health programs for student athletes at both UNM and New Mexico State University.

Senate Bill 56, introduced by Sen. Mark Moores, R-Albuquerque, would allocate $500,000 to each school in the coming fiscal year to expand mental and behavioral health programs. Among other initiatives, the funding would pay for more counselors and psychologists, and cover the costs of educational campaigns to let college athletes know help is available.

The committee voted 8-0 to advance the bill to the Senate Finance Committee following almost an hour of often-emotional testimony about difficulties young athletes face in an era when social media can make them a star or a forgotten hero almost overnight.

Moores, who played football at UNM years ago, along with college athletes, athletic directors and other administrators from both schools told lawmakers about the pressure athletes face as they strive to maintain good grades while achieving success on the court or field, and dealing with increasing media attention and criticism.

It’s not easy for those athletes — male or female – to ask for help, Moores said.

Saltes agreed. “I think they [college athletes] are afraid to ask for help. Football players want to be looked at as tough. There’s a stigma to showing you are vulnerable.”

“They’re dealing with the same issues: depression, eating disorders, stress, the push to succeed,” she said.

A 2015 report by the National Collegiate Athletic Association said suicide is the third leading cause of death among college athletes.

“This isn’t just a UNM issue or an NMSU issue,” said Eddie Nuñez, director of athletics at UNM. “This is a nationwide issue. Everybody has to support this cause.”

Several committee members said they hope the initiative expands beyond the state’s largest universities — and beyond student athletes — in the future.

The bill’s fiscal impact report said legislators appropriated $357,000 for nutrition and behavioral health services for college athletes at UNM last year. That initiative was line-item vetoed by the governor, the report said.

Nora Meyers Sackett, a spokeswoman for Gov. Michelle Lujan Grisham, said Monday the administration vetoed the bill because it was narrowly focused on a subset of students at one college.

The question at the time, she said, was “why only UNM and why only athletes when behavior health problems can impact all students and residents. Hence the line-item veto.”

Sackett said she had not yet spoken with the governor about SB 56 and that it was “too early to say where we will come down on this bill.”