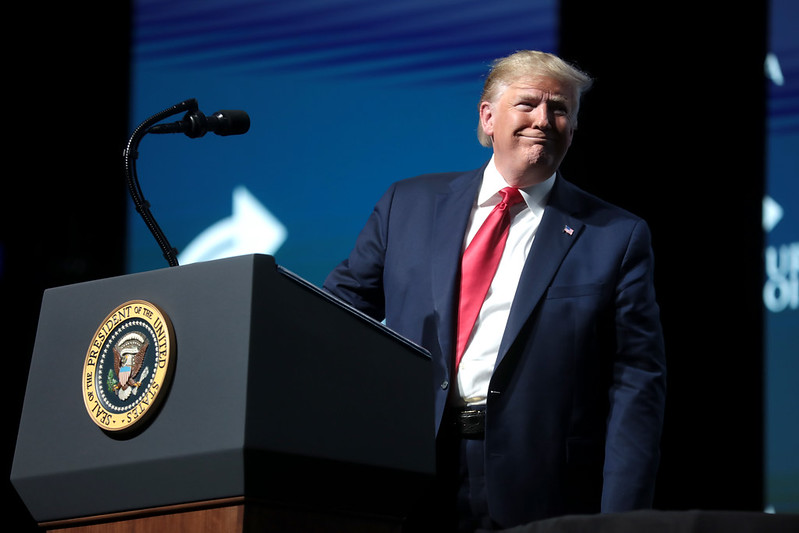 On Article I, abuse of power, Utah Republican Sen. Mitt Romney voted along with all Democrats, making the vote 52-48. Article II, obstruction of Congress, came on party-lines, 53-47.

The allegations came in light of Trump asking Ukraine to announce an investigation of the son of former Vice President Joe Biden, a Democratic candidate for president who Trump may face in November’s general election, and the trouble Congress had getting information from the White House, which stonewalled the investigation.

It would have taken two-thirds of the Senate to vote to convict Trump and remove him from office.

Both New Mexico U.S. Senators voted to convict Trump and criticized the Senate Majority for not calling any witnesses for the trial, including former National Security Advisor John Bolton.

In an upcoming book, Bolton said Trump tied the military aide to Ukraine to the public announcement of an investigation into Hunter Biden.

“The evidence gathered by the House – that the president abused his office and taxpayer funds for personal gain — is staggering,” Sen. Tom Udall said in a floor speech earlier this week. “He got caught red-handed, and immediately commenced a scorched earth blockade in Congress and the courts to cover up his grave misdeeds.”

“Despite the outcome of the vote today, and the danger I fear it will bring about, I will never lose hope in what America stands for,” Heinrich said after the vote. ‘We The People,’ not any king or dictator, still hold immense power in this nation. It is up to all of us now to wield that power.”

The U.S. House voted to impeach Trump last December. All three of New Mexico’s representatives, all Democrats, voted to impeach the president. Trump is just the third president in American history to be impeached. None have been removed from office by the Senate.

After the acquittal, U.S. Rep. Ben Ray Luján, a Democrat, said in statement, “This is a dark moment.”

“As for the Senate Republicans who cowered instead of doing the right thing, history will not be kind to those who sold out our democracy for political expediency,” he said.

The Republican Party of New Mexico referred to Trump’s impeachment as a “sham” and a “farce.”

“It’s time to move forward and continue to build on the President’s success in growing jobs, fighting terrorism, improving healthcare for all Americans and making America great again,” Republican Party of New Mexico Chairman Steve Pearce said in a statement.