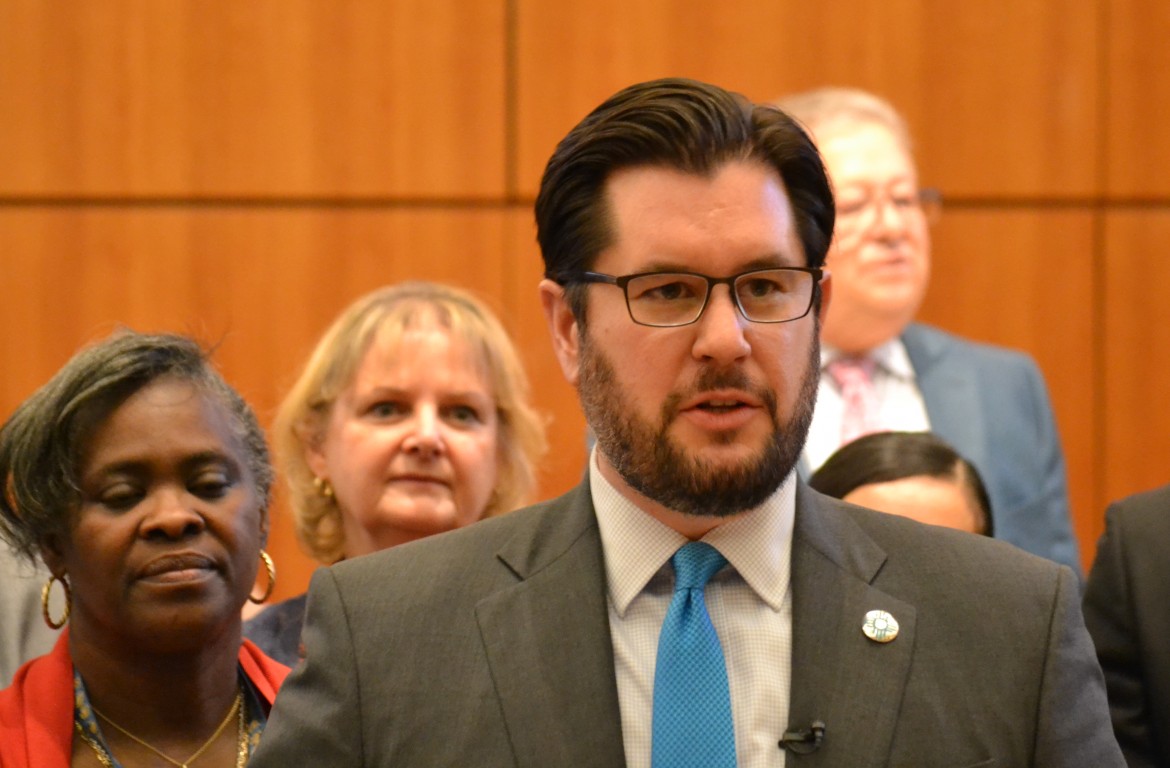 The New Mexico Speaker of the House announced Friday that he will remove himself from the legislative process if a Senate bill related to three of his clients makes it to the House.

Speaker Brian Egolf, D-Santa Fe, issued a letter to the House clerk detailing his plan of action if SB 139, which would clarify that medical cannabis patients in the state must be New Mexico residents, makes it to the House.

Egolf is an attorney outside of his role as Speaker. New Mexico does not have full-time legislators.

Related: The legislature: A tangled web of relationships and potential conflicts

In his letter on Friday, Egolf said he wanted to avoid the perception of a conflict of interest.

“Because one could reasonably conclude that any action I may take regarding Senate Bill 139 could have been taken to affect the currently pending appeal and the underlying case, I have decided to entirely recuse myself from the legislative process relating to Senate Bill 139,” he wrote. “To that end, I have asked Representative Javier Martinez to meet with Majority Leader [Sheryl Williams] Stapelton and Minority Leader [James] Townsend for the purpose of asking the two floor leaders to jointly determine which standing committees of the House will be assigned to review Senate Bill 139 should it reach the House.”

SB 139 is sponsored by Sen. Jerry Ortiz y Pino, D-Albuquerque, who also sponsored the bill last year that led to the change in law. Ortiz y Pino said his intention was to allow patients who are already enrolled in a medical cannabis program in another state to purchase and use cannabis in New Mexico. Secretary of Health Kathyleen Kunkel has repeatedly told legislators during committee hearings that she fears allowing out of state patients would attract scrutiny from federal agents if they cross state lines with cannabis from New Mexico.