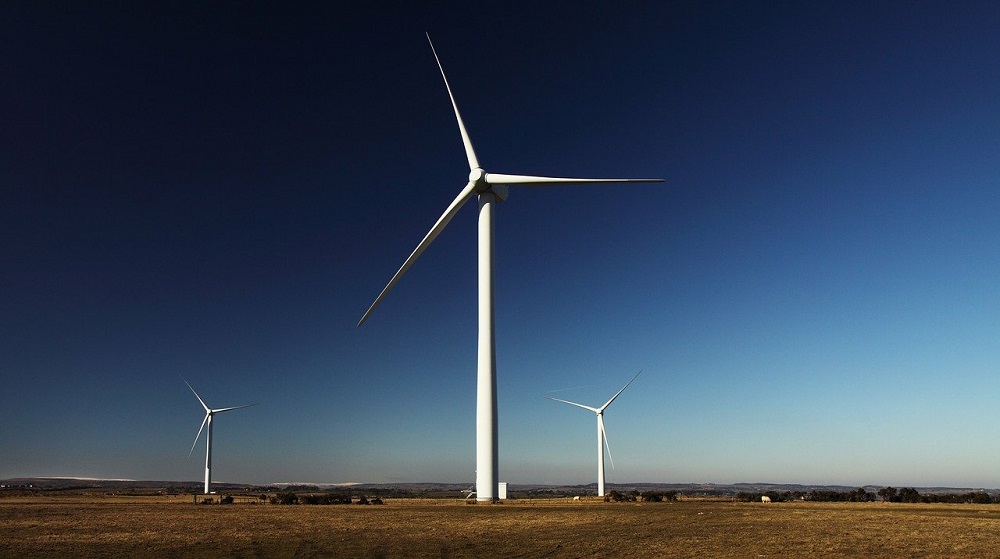 The 2020 Legislative session finished promptly at noon on Thursday after a week of long nights in debate that resulted in the passage of the number of clean energy bills backed by Gov. Michelle Lujan Grisham. However, not every priority passed the legislature this year.

Here’s a look at the clean energy bills that made it to the governor’s desk this year, and the ones that didn’t.

Solar tax credit: Senate Majority Whip Mimi Stewart, D-Albuquerque, often joked about how many times she sponsored a bill to reinstate the solar tax credit since the credit expired in 2016.

“I hate to count how many times the committee’s actually heard [this bill],” Stewart joked with a House committee during the session. By our count, it’s the fifth time the bill has been introduced since the state solar tax credit expired in 2016.

SB 29 creates a personal income tax credit to cover 10 percent of the costs of a solar thermal or solar photovoltaic system for residential, business or agriculture applications. The bill caps tax credits at $6,000 per person — down from the $9,000 that the initial tax credit offered — and sets an $8 million limit total per calendar year. The tax credit will expire in 8 years.

Gov. Michelle Lujan Grisham supports the bill and made it one of her legislative priorities for the 2020 session.

“By reinstating the solar tax credit, we’re making sure New Mexicans have an easier path to installing solar on their homes and businesses,” Lujan Grisham said in a statement following the bill’s passage. “This not only saves consumers money but reduces our carbon footprint, moving New Mexico closer to our absolutely essential climate goals. I applaud the Legislature for supporting this bill to expand renewable energy jobs in New Mexico.”

IRBs for transmission line projects: A bill aimed at expanding powerline infrastructure in the state is now awaiting the governor’s signature after passing both the Senate and the House.

The bill, another priority for Lujan Grisham, received bipartisan support as it moved through the Legislature. Republican Rep. Randal Crowder of Clovis said the bill would help residents in his community benefit from wind energy projects. Rural ranchers, farmers and landowners can receive significant annual revenue in the form of leasing agreements from developers building wind farms, he said.

Grid modernization project: A bill to modernize the state’s electricity grid passed both the House and the Senate and is now awaiting a signature from the governor.

The bill passed the House with broad support and a vote of 61-1; it later passed the Senate unanimously.

Proponents say the bill would help integrate renewable energy resources into the state’s electric infrastructure, aiding in its transition to 100 percent carbon-free power generation by 2050. The governor is expected to sign the bill into law.

Bills that didn’t make it to the governor’s desk

There were a number of environmental and clean energy bills that didn’t make it across the finish line, including some bills that the governor supported.

PRC reform: A proposal to restructure the Public Regulation Commission died in the Senate Corporations and Transportation Committee late in the session after passing multiple House committees and the House floor. The bill was hailed by Lujan Grisham and other backers as an opportunity to remedy dysfunction at the PRC.

HB 11 would have created a new stand-alone agency, entitled the Office of Public Regulation Commission Regulatory Affairs, and would have moved five divisions (the legal division, the utility division, the transportation division, the administrative services division and the consumer relations division) currently under the PRC to the new agency. The new office would have been administratively attached to the existing state Regulation and Licensing Department, though the employees would not have physically moved to a new office. The chief of staff of the office would have been appointed and removed by the governor.

The bill would have also created the Commission Resources Division within the PRC, which would have consisted of staff necessary for carrying out the duties and responsibilities of the commission. The bill proposed the division chief of staff would be selected from a list of candidates approved by the governor, with confirmation from the state Senate.

The bill passed the House floor with a narrow vote of 36-34 after a three-hour debate late Sunday evening, but it was later tabled in the Senate committee by a vote of 5-4 on Tuesday.

A number of PRC staff, including the current acting Chief of Staff Jason Montoya and PRC commissioners Valerie Espinoza and Theresa Becenti Aguilar spoke against the bill. Espinoza argued that the PRC needed more funding to better carry out its duties.

“We just lost a PhD to PNM, and prior to that, our attorney left to work for PNM,” Espinoza told Senate committee members before they voted to table the bill. “The fix here today is to give us the budget we need. Give us the salaries that are required to retain and promote from within, so that employees won’t have to leave for higher-paying jobs.”

EV tax credit: Two versions of a proposal to create a personal income tax credit for the purchase or lease of electric and plug-in hybrid vehicles advanced in parallel in the House and Senate chambers, leading to a late-night attempt at reconciling the two bills on the Senate side in the last hours of the session.

In the final hours of the session, the Senate also passed HB 217, but amended the bill in the process. The House needed to OK the amendment before HB 217 could be sent to the governor’s desk. During an unusually long debate for a concurrence vote in the remaining two hours of the session, Republican Rep. Rod Montoya of Farmington asked to be walked through the amendments line by line, claiming the amended version of the bill was not posted online. However, NM Political Report confirmed the amended version was available online at the time. Bill sponsor Micaela Lara Cadena, D-Mesilla, ultimately recommended the House vote against the Senate’s changes to the bill, ending its prospects of being signed into law.

The bill was supported by Lujan Grisham but didn’t make it into the budget, rendering it inert for the rest of the session.

Community Solar: A bill aimed at expanding access to solar energy for New Mexico residents through the development of community solar projects failed to pass the House floor with a vote of 28-36.

Five Democrats sponsored HB 9, including Speaker of the House Brian Egolf and Rep. Patricia Roybal Caballero of Albuquerque. But proponents were not able to secure enough votes among other House Democrats for the bill to advance to the Senate. The bill passed that House Energy, Environment and Natural Resources Committee earlier in the session by a vote of 8-5 along party lines.

Community solar projects, also referred to as “solar gardens,” are programs in which the energy generated by local solar systems are shared among energy subscribers. The power generation is typically located in a central location and distributed to subscribers in the area. The proposal was backed by many clean energy advocates.

“We are disappointed that the House was unable to pass the Community Solar Act,” said Marta Tomic, senior director of Interior West at Vote Solar, a solar energy advocacy organization, in a statement. “We are committed to continuing to support community solar and other legislation that will allow all New Mexican families to access affordable, local, clean energy.”

Tomic, who served as one of Roybal Caballero’s expert witnesses for the bill, said the coalition of supporters for the proposal will try again next year.

Gas tax with clean infrastructure fund: A bill that would have raised the state’s gasoline tax was tabled in the House Appropriations and Finance Committee, in what boiled down to a debate between rural residents and young urban residents in the state.

HB 173 would have created a new gasoline and special fuel surtax of 10 cents per gallon, which would take effect in Fiscal Year 2021. The surtax would then increase by 5 cents per gallon annually until 2026. At that point, the state Taxation and Revenue Department would calculate a set rate for the gas tax.

The bill would have divided up the proceeds of the tax between the road fund, a newly created rebate fund for low and moderate income families, and a new clean infrastructure fund. Despite these provisions, the proposal still proved unfavorable among legislators and residents.

Ranchers, farmers and other rural residents spoke out against the bill during the meeting, arguing that the gas tax would hurt rural residents that have to drive further to reach amenities such as grocery stores and schools. A number of students spoke in favor of the proposal, citing concerns about climate change and transportation emissions.