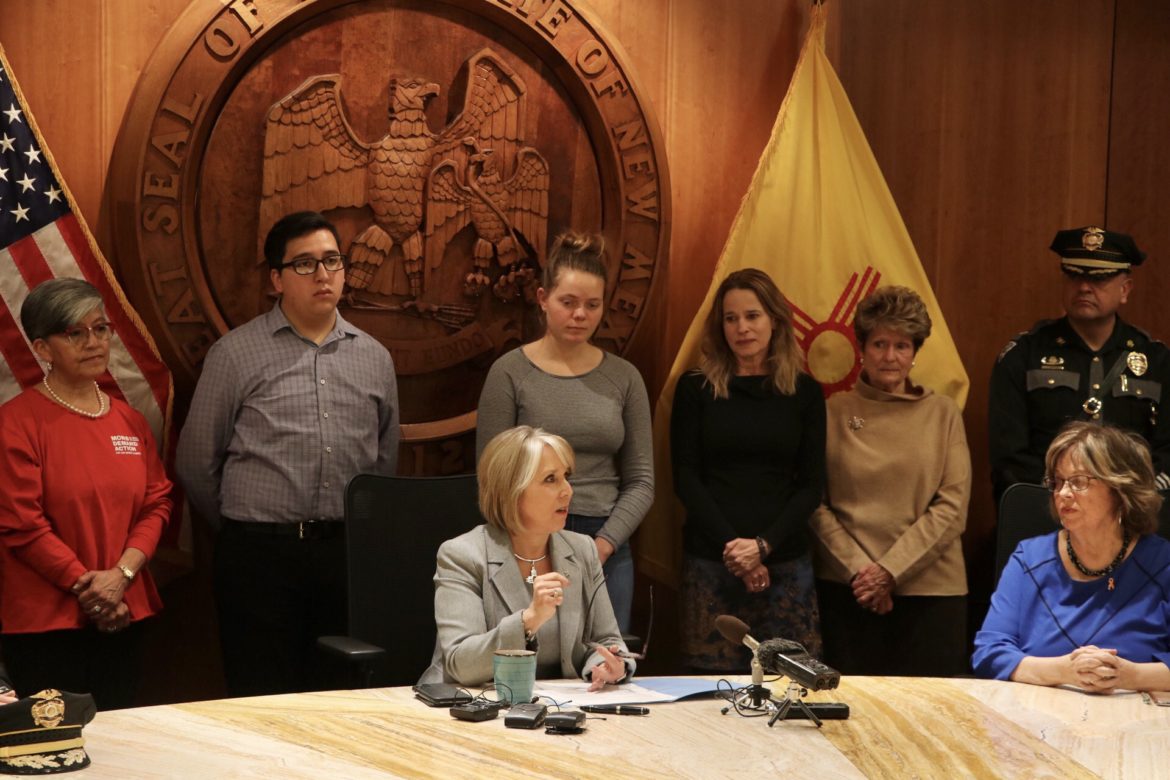 New Mexico is now the 18th state, plus Washington D.C., with such a law on the books.

The bill was one of the governor’s legislative priorities for this session and one of the most controversial pieces of legislation. No Republicans in either chamber supported the legislation, and it passed the House by nine votes before narrowly clearing the Senate by just two votes.

The bill would allow law enforcement officers to petition a court for temporary removal of firearms from those who they believe are at risk of harming themselves or others.

“New Mexico has balanced individual rights and public safety in a responsible way that will reduce our unacceptable suicide rate and other forms of gun violence,” Lujan Grisham said in a statement after signing the bill into law. “The Legislature had the strength to pass this measure because we all recognize: Enough is enough. And we have the power to change the dynamic of gun violence in our communities. Today we are standing up – we do not accept the status quo; we do not accept the risk posed by dangerous armed individuals who have articulated their desire to cause harm.”

As with other gun measures that became law in 2019, Lujan Grisham and other supporters faced pressure from gun rights organizations and many local officials, including sheriffs from throughout the state.

Opponents argued that the law violated the state and federal constitutions.

However, supporters ultimately won out after long debates in each chamber.

“I am proud of the work we have done to get this passed and proud that New Mexico is serious about saving lives,” House sponsor Daymon Ely, D-Albuquerque, said in a statement. Rep. Joy Garratt, D-Albuquerque, also cosponsored the legislation and said “this measure saves lives.”

“Without doubt today’s law will save lives while striking the right balance in respecting responsible and lawful gun ownership,” Senate sponsor Joseph Cervantes, D-Las Cruces said in a statement.

The House Republican caucus released a statement on Twitter that said, “Today Govenor Lujan Grisham signed the red-flag gun grab into law. The people of New Mexico need to be aware that their elected representatives have made it clear that special interests are more important than the rights of our citizens.”

The change in gun laws over the past two years comes as other states have passed similar laws.

The changes came after public pressure, including from revitalized gun safety groups. One such group is Moms Demand Action for Gun Sense in America, which has a chapter in New Mexico.

“We’re grateful to Gov. Lujan Grisham and all the gun sense champions in the legislature for listening to New Mexicans and fighting to keep our families and communities safe,” Anamaria Dahl, a volunteer leader with the New Mexico chapter of Moms Demand Action, said in a statement after the bill signing.

Florida passed such a law after a shooter killed 17 people at Marjory Stoneman Douglas High School in 2018. The law has been used over 3,500 times in Florida, though its application differs widely by county.

That shooting in Florida was the impetus for more stringent gun laws, with over a dozen other states also implementing similar laws since that shooting.

Last year, Lujan Grisham signed laws that require background checks for nearly all gun purchases and require someone subject to a protection in a domestic abuse case to surrender their firearms.

Opponents sought to call for a statewide referendum to overturn these, and other non-gun laws, passed during the 2019 legislative session, but Secretary of State Maggie Toulouse Oliver rejected the attempts, saying the state constitution did not allow for these laws to be overturned by referendum.