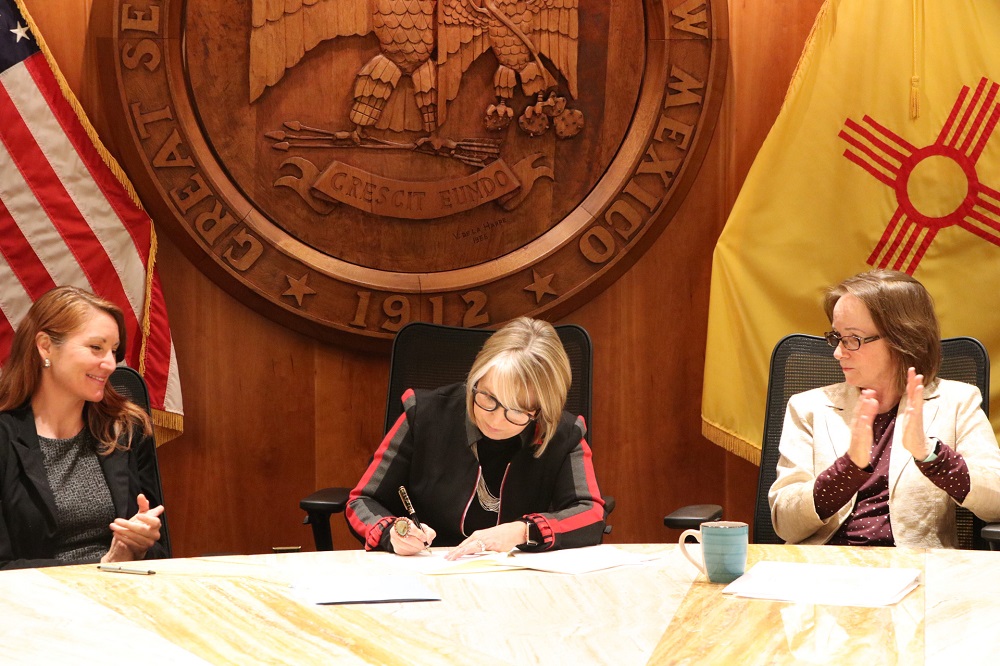 Gov. Michelle Lujan Grisham signed a slate of bills into law Tuesday afternoon aimed at expanding renewable energy and modernizing the state’s electricity infrastructure, including a bill that reinstates the solar tax credit that expired under the previous administration.

SB 29, sponsored by Sen. Mimi Stewart, D-Albuquerque and Rep. Matthew McQueen, D-Galisteo, reinstates the solar tax credit that expired in 2016. The bill creates a personal income tax credit to cover 10 percent of the costs of a solar thermal or solar photovoltaic system for residential, business or agriculture applications. The new law is applicable to tax years starting on January 1, 2020.

The tax credit will help more New Mexico families and small businesses “invest in solar, and will boost our statewide effort to move toward the goal of having a 50 percent renewable portfolio standard by 2030,” Stewart said. “It will also help cut pollution, save customers money, and create jobs in the clean-energy economy.”

“This is a pivotal moment,” McQueen said in a statement. “It’s time for New Mexico to encourage energy sustainability, stimulate the solar industry economy, and provide families, businesses, and agricultural enterprises from all corners of the state, and in all financial brackets, the opportunity to be a part of the growing clean energy economy.”

RELATED: The clean energy bills that cleared the legislature

Small said in a statement the bill could also lead to more jobs in the state “by adding another tool for transmission of our rich, renewable resources.”

“Climate change is a monumental challenge that requires innovative solutions,” Lujan Grisham said in a statement. “By making solar power more accessible to New Mexicans, addressing our electric grid, and establishing tools to help expand the transmission infrastructure, we are ensuring that New Mexico is on the right track – and creating more jobs, reducing emissions and saving New Mexicans money on their electric bills.”