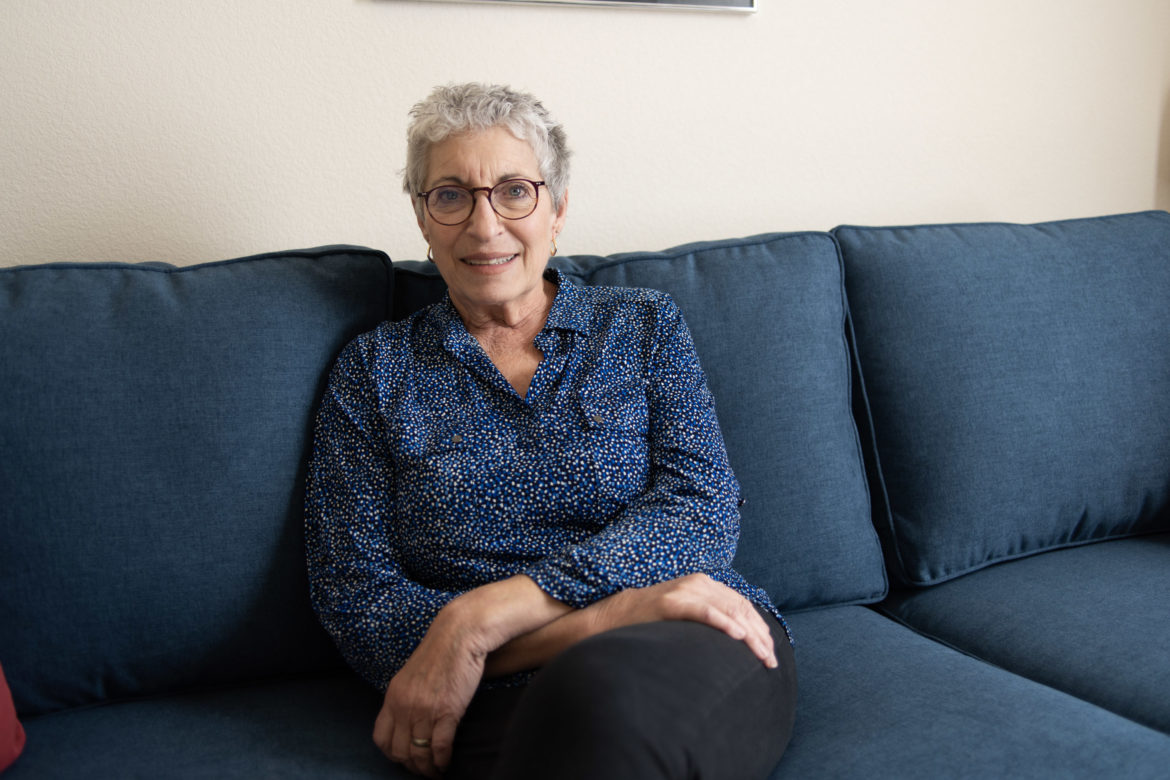 Sheila Lewis at her home in Santa Fe.

Last Friday, Gov. Michelle Lujan Grisham attempted to inform Sheila Lewis that she was no longer chair of the parole board.

It didn’t quite go as planned.

For four days, Lewis was none the wiser. That’s because the governor’s office had sent the message to an old AOL email address — one Lewis estimates she hasn’t used in over a decade.

This story originally appeared at Searchlight New Mexico and is republished with permisison.

Lewis finally got the message Tuesday morning— and said she wasn’t surprised.

“I’ve never felt that I had the governor’s confidence in my ability to carry out what I thought was my goal of public safety and taking care of the backlog of inmates whom I think were denied fair hearings in the past,” Lewis told Searchlight on Tuesday, shortly after learning about the decision.

Lujan Grisham press secretary Nora Meyers Sackett said the governor was “grateful to Ms. Lewis for her time spent in service to the state and wishes her all the best.” She said that the change in position was merely a matter of timing and was not related to Lewis’s performance.

The move calls into question the future direction of the parole board, which has an extraordinary amount of power over the lives of convicted criminals whose sentences include parole. The 15 unpaid board members, appointed by the governor, set parole conditions, adjudicate parole violations and decide whether some inmates — such as certain sex offenders and people serving life sentences — stay in prison or get a second chance in the free world. The chair is one of those members.

Lewis was appointed in August, about seven months ago, after a long legal career.

She joined New Mexico’s public defender office in 1985, and was an attorney there for 25 years. After that, she worked for a variety of other criminal justice organizations and nonprofits, as well as the state legislature. She currently runs Santa Fe Safe, which works with victims of domestic violence.

“I’ve been in this world sort of nonstop one way or another, for victims or criminal defendants,” she said.

Lewis was widely seen by criminal justice advocates as a reformer.

“Sheila Lewis has been a strong advocate for challenging the way parole has functioned,” said Ben Baur, New Mexico’s chief public defender, in a statement. “I hope the governor’s next appointee continues to pursue reform of the parole system.”

State Rep. Antonio Maestas (D-Bernalillo), who has been active in criminal justice reform, called Lewis “one of the best-suited persons in the country for that job.” He added, “It’s disappointing that she’s no longer head of the parole board.”

A spokesperson for the Attorney General’s office, Matt Baca, offered no comment on Lewis’s performance.

Lewis stands in stark contrast to the previous chair, Sandra Dietz. A 2017 investigation by New Mexico In Depth and the Santa Fe Reporter found that Dietz ensured almost nobody serving a life sentence was granted parole.

According to New Mexico law, those inmates are supposed to serve 30 years in prison, and then get regular parole hearings. But Dietz used her power to ensure that barely anyone was granted parole at those hearings, according to the investigation. It also concluded that her critics were summarily forced out of their posts.

During Lewis’s short stint as chair, five lifers were released, she said. All were convicted of first-degree murder.

Sackett said that Lewis’s change in position had nothing to do with policy disagreements. “The culmination of her time on the board was not related to her performance,” Sackett said.

Instead, Sackett explained, it was an issue of timing.

Sackett added that Lujan Grisham’s letter to Lewis contained a “regrettable error.” The governor’s letter said she was “removing” Lewis from her position, but Sackett said that wasn’t quite right. Rather, Lewis’s term on the board had simply expired, and it was not being renewed.

That was news to Lewis.

“No one told me it would expire on that date,” she said. She said that if she knew it would be such a short term, she probably would not have accepted it. “You can’t do a lot in that amount of time.”