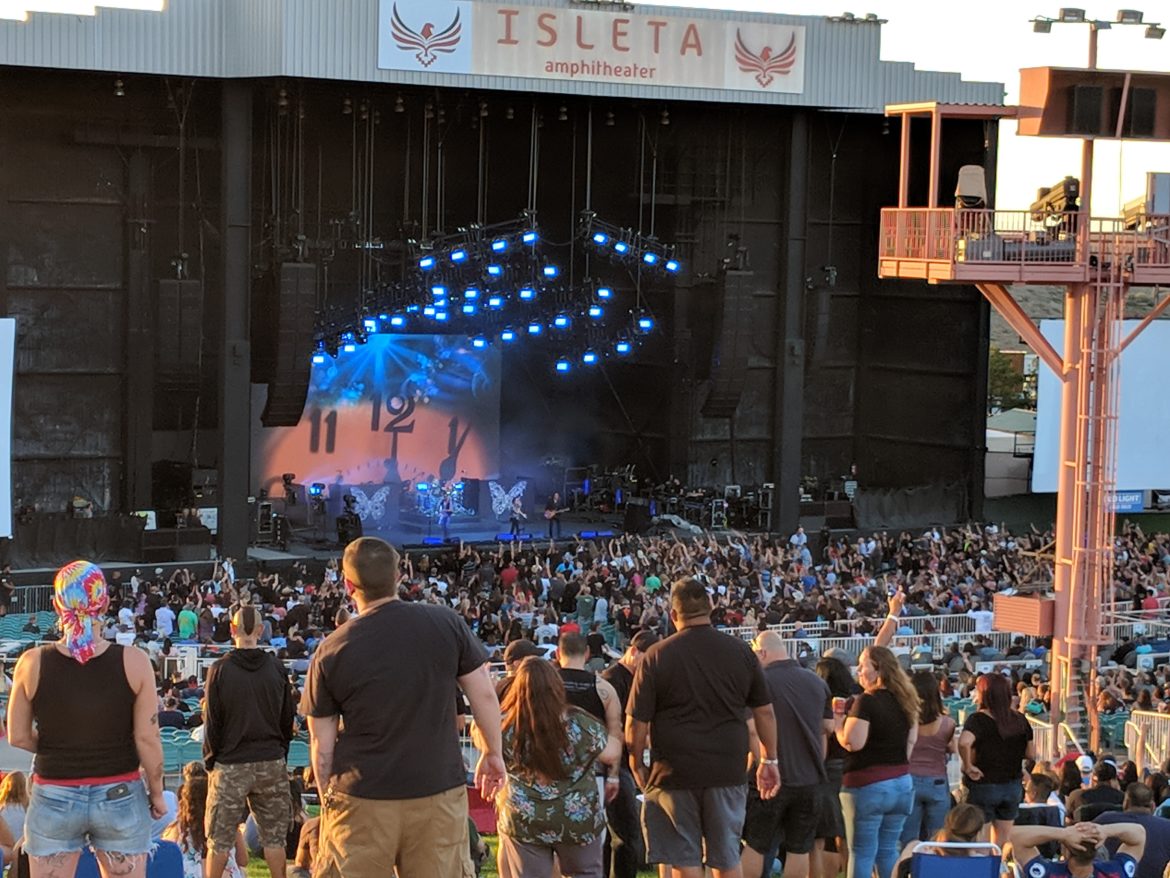 A concert at Isleta Amphitheater in 2018.

The state of New Mexico banned gatherings of more than 100 people in an attempt to halt the spread of COVID-19, also known as coronavirus.

The order does not include the closure of public schools or other regular businesses, including offices and grocery stores along with several other exemptions. It instead aims at events that bring together 100 or more people in places like auditoriums, theaters, stadiums, arenas or conference centers.

The full order is available below.

“We said yesterday morning the situation would evolve. It will continue to evolve. New Mexicans can expect their health officials to make the best decisions possible as we move through this public health challenge day by day,” Kunkel said in a statement.

Gov. Michelle Lujan Grisham said she regretted that this would impact previously scheduled events, but the state was erring on the side of public health.

“We have seen what has happened in other states; we have seen what organizations like the NCAA and many others have decided; we want to be as safe and secure and preventive as we can be. New Mexico is not going to wait as long as some other states to make the hard decisions about this pandemic.”

The order says mass gatherings do not include “normal operations at airports, on other forms of transit, shopping malls, or other spaces where 100 or more individuals may be in transit” or “family gatherings such as weddings of funerals, shelters, retail stores or grocery stores, typical office environments, businesses, courthouses, restaurants and bars, correctional and detention facilities, schools and educational institutions, hospitals, clinics, nursing homes, and other health care and congregate care facilities, and places of worship during ‘normal working hours.’”

Other states have banned gatherings of people in affected areas.

Lujan Grisham previously announced the postponement of all events at state-owned facilities, including the annual Gathering of Nations PowWow, scheduled for next month in Albuquerque.

The state and other public entities have halted travel by employees, and the governor continues to advise residents to avoid travel if possible.

The state continues to advise residents to frequently wash their hands with soap and water for at least 20 seconds and to clean “high-touch” surfaces regularly to avoid the spread of the virus.

Update: More information has been added throughout this story.