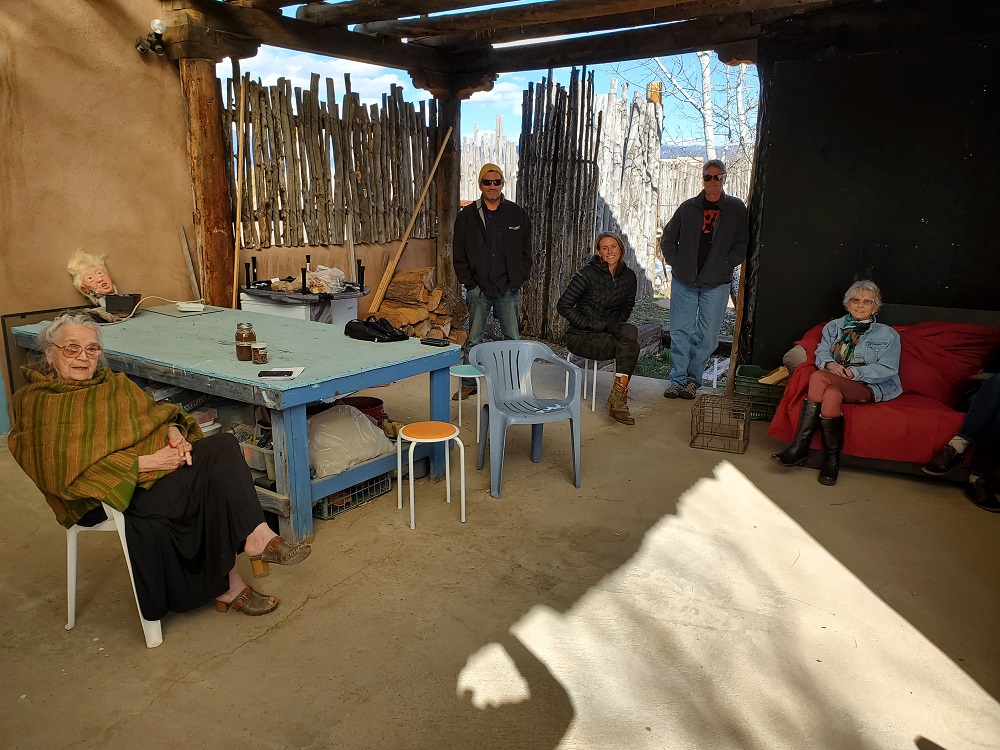 Neighbors are pooling expertise to help support each other.

The idea came to Stephen Redding over dinner with a neighbor.

“We were talking about the coming coronavirus, and what we can do to respond to this. That was the seed for it,” Redding said.

Redding, who currently serves as senior program advisor at the Boston, Massachusetts based nonprofit Pathfinder International, has made a career in humanitarian relief.

“I take care of their projects in west and central Africa. I’ve done a lot of organization of community groups in other countries, for disaster response, drought relief, I’ve run refugee camps,” Redding told NM Political Report. “I thought, well, this is a place and a time that I can apply my skills right here.”

While the number of cases of COVID-19, a disease caused by a type of coronavirus, climbs in New Mexico and worldwide, Redding and his neighbors in the Vista Linda neighborhood south of Taos are developing a model that others can use to organize and help each other and the most vulnerable.

A group of about eight neighbors, including a registered nurse, have joined Redding, pooling resources and expertise to help set up a support network for the elderly and at-risk residents in the area. The group will offer things like food deliveries and meal prep for neighbors who are self-isolating or are unable to travel, and helping neighbors connect to existing services.

“It might be things as simple as putting out the trash on trash day, if you’re not able to do that, or transport to medical services, and emergency response: check-ins, calling every day and saying, how are you doing?” Redding said. “We have good numbers of elderly citizens here, and we want to make sure they’re being taken care of.”

Redding emphasized that the grassroots group will be operating in current care gaps, rather than running parallel to existing services offered by existing organizations or the government.

“I want to make this something that is integrated and embedded into existing structures here,” Redding said. “We’re trying to coordinate with other services that might come into play in the very near future. We don’t want to duplicate services. We want to work in the gaps, where people don’t have services, we want to work there.”

One of the first challenges for the group: how to get the word out.

“Have people call us, if they need help,” Redding said, rather than going to them.

The idea already has drawn interest from other neighborhoods in the Taos area who are now hoping to replicate the model being developed by Redding and his neighbors.

“When we were organizing the Vista Linda group online, other people outside of Vista Linda started saying, this is a good idea!” Redding said. His group has set up another Facebook group where other Taos-area residents can connect with each other and organize similar groups within their respective neighborhoods.

And what about individuals in different cities who might want to do the same thing in their neighborhoods? While Redding’s organizing is focused on the area around Taos, he did have some advice to pass along.

“Start at the lowest level possible, your community, your neighborhood. Start with forming a network first,” Redding said. He added that identifying what services already exist in the community, connecting with them, and then determining where the gaps are, is also beneficial.

“Another thing is communities can learn from each other,” Redding said.

As the pandemic continues to develop at a fast pace, Redding said the group may look different a week from now, compared to a week ago. Now that the core support network has been established, Redding said his group will respond to developments and adjust their services, as needed.

“There’s a silver lining to all of this,” he added. “It does start communities talking to each other and doing something together. That’s something a lot of communities in the U.S. have forgotten.”