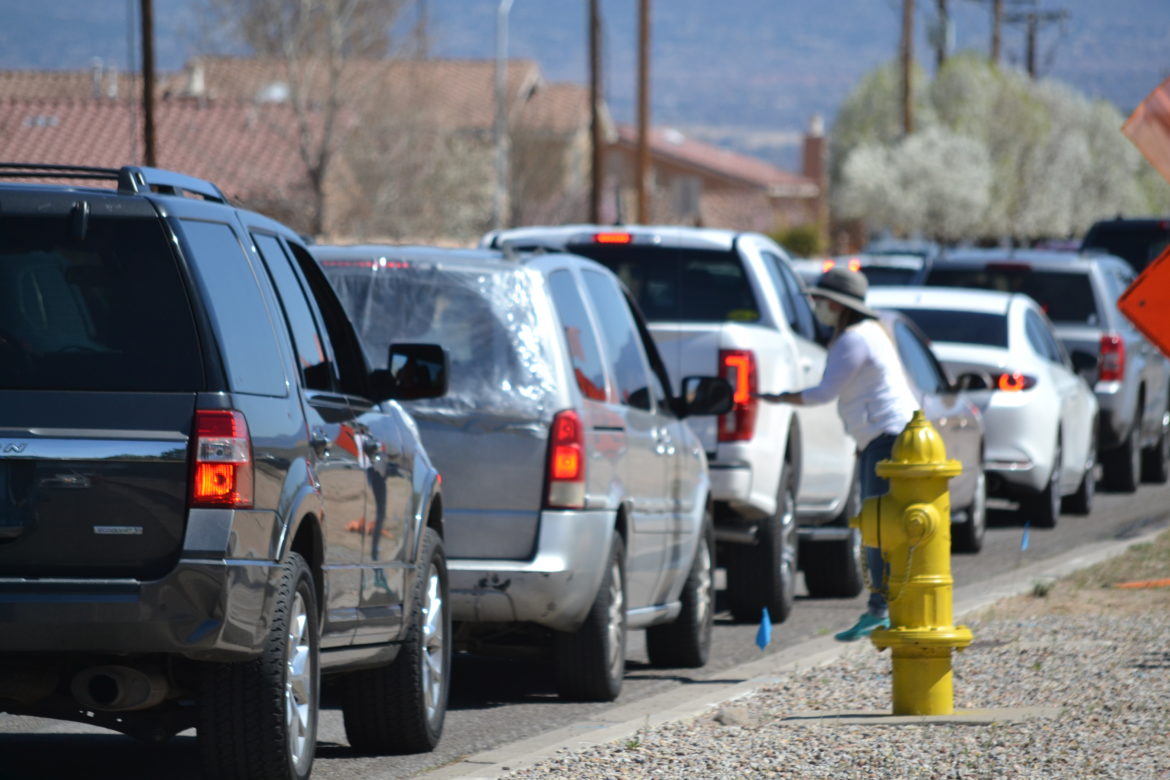 Gov. Michelle Lujan Grisham issued a stay-at-home order on Monday, joining many other governors across the country as they attempt to slow the spread of COVID-19, a disease caused by a coronavirus.

The governor emphasized the need for social distancing and said it was important for all New Mexicans.

“Social distancing is completely necessary in order to stop and limit the spread of COVID-19,” she said at a press conference Monday. “It’s the only real weapon all New Mexicans have to slow the spread and to do what’s right for our families and our neighbors.”

While it is not a shelter-in-place order, as has occurred in other states, Lujan Grisham said it is essentially the same because of the orders she has compared to governors in other states.

“While we don’t have a system for identifying what shelter in place is, the tantamount effect of what we’re doing is basically the same with a much stronger directive to individuals to stay at home,” she said.

This order says no gatherings of larger than five people are allowed in public.

An example is that a family of seven would not be able to all go on a walk at once, instead only five would be able to go at a time.

There will be no change for restaurants, which will still be able to provide carryout or delivery and breweries, which are allowed to continue carryout.

The state provided a FAQ for the new order for those with questions.

The order says that “social distancing is the sole way New Mexicans can minimize the spread of COVID-19 and currently constitutes the most effective means of mitigating the potentially devastating impact of this pandemic.”

The public health order saying that public K-12 schools are closed until April 6 remains unchanged, but Lujan Grisham said there is a “high degree of likelihood” that they will remain closed beyond that.

When it came to resources, she was highly critical of the federal government.

“The federal government failed states, including ours,” she said.

One way, she said, was that the state only received 25 percent of its allotment of medical supplies from the federal stockpile, which the governor has mentioned before. She noted that of the equipment the state received, some was expired.

She said that the federal government also delayed in utilizing the Federal Emergency Management Agency to order, gather and disperse supplies to states that need it. And now that FEMA is doing so, the supplies are largely going to highly impacted areas, including New York and Washington state.

She also criticized the federal government for suggesting that states should be on their own when it comes to obtaining supplies, which led to all governors attempting to buy supplies from the same sources.

“We are literally competing with each other,” she said.

She said the president has the authority through the Defense Production Act to order companies to manufacture needed items, including personal protection equipment (PPE). President Donald Trump has authorized the act, but has not yet ordered production despite calls from states and medical groups. Business groups have asked Trump not to invoke this part of the act.

The major reason why governors are so adamant on slowing the spread is to avoid overtaxing and potentially overwhelming hospitals.

Dr. Chad Smelser, an epidemiologist with the DOH, said this is a concern.

“We are worried that it can outpace the health care system in our state. And because of that we’ve taken active steps both in the Bernalillo County area and throughout the state” to talk to hospitals about best practices as well as about their responses.

Lujan Grisham said while most will have mild or no symptoms, about five percent of those who contract COVID-19 will require hospitalization.

“Of those hospitalizations, some individuals will be so negatively impacted by this disease they will require more intensive medical care, the kinds of medical care that you’ll see in an intensive care unit,” she said.

If too many require hospitalization at once, the fear is that would overwhelm the system.

The stay at home order came 12 days after Lujan Grisham first issued an emergency order regarding COVID-19. In the time since then, 83 people have tested positive for COVID-19, including 18 new cases announced Monday. As of Monday afternoon, nearly 40,000 people tested positive across the United States, according to the New York Times.

Many states, including New Mexico, are encouraging only those showing symptoms to be tested. Those not exhibiting symptoms can still be infected and spread the disease.

Again, the governor emphasized the need for collective action.

“Everyone in this state has a social contract or responsibility for one another,” she said. “If you don’t take this seriously then we can’t slow the spread of COVID-19.”

Update: Added a link to the state’s FAQ.