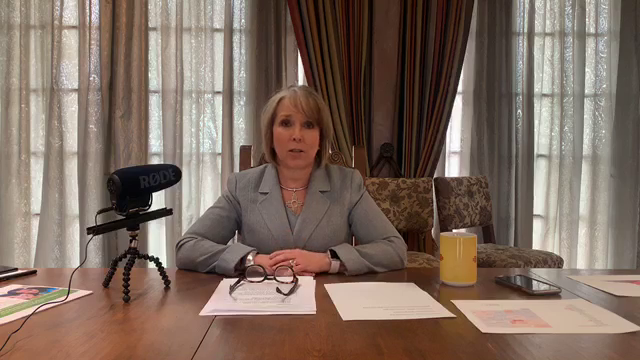 In an address on Facebook Friday afternoon, Gov. Michelle Lujan Grisham said that COVID-19 pandemic may peak by Mid-April, but the state will have a better sense of things with more data.

The address came shortly after the state Department of Health announced that 55 more people tested positive for COVID-19, bringing the total number of those in New Mexico who tested positive to 191.

She said that 47 percent of the total cases in New Mexico are those age 45 or younger.

“That’s a really important data point because it tells us that younger people who are more mobile” and not doing as much social distancing are potential high risk factors, she said.

Only one person in New Mexico has died while infected with COVID-19, a type of disease caused by a coronavirus, a man in his 70s in Eddy County.

She said of the 17 cases currently hospitalized in New Mexico, six are in critical care or on ventilators. She said keeping the number of those hospitalized to under fifteen percent of those who have tested positive is important.

Lujan Grisham said the state is trying to stay ahead of the crisis, which is why she asked the U.S. Department of Defense to set up a field hospital. She said she would call up more National Guard members to help set up the hospital and run operations.

“Waiting until we have that crisis point makes no sense to me,” Lujan Grisham said.

She said that the DOH is also on the highest level of preparedness and response and is “marshaling resources at every hospital and every healthcare center in the entire state.”

Lujan Grisham said the increasing number of positive cases led to the decision to extend the closure of public schools. The state announced Friday that in-person schooling would not come back this academic year and the state would transition to distance learning. The state will ask for continuous learning plans from every school district by April 8, two days after the public schools closure was initially scheduled to end.