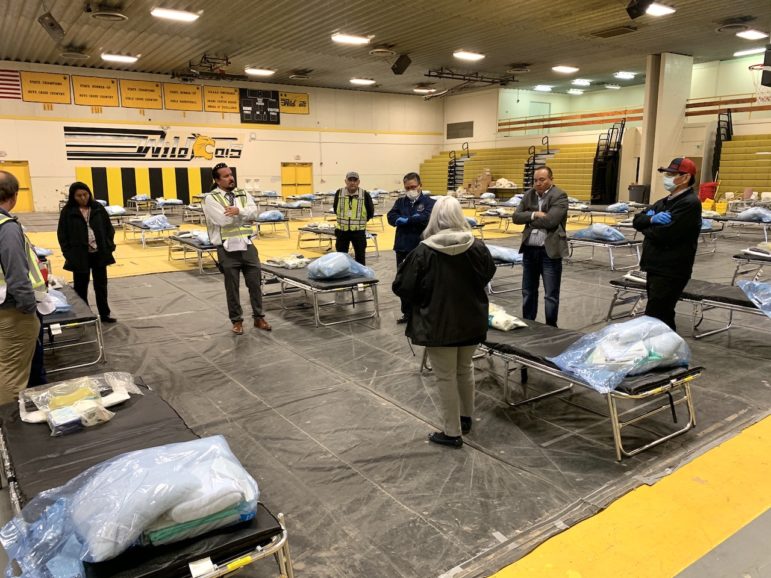 A federal medical station with 58 beds for COVID-19 patients is being established on the Navajo reservation at the community center in Chinle, Ariz. The beds and supplies were delivered by the Federal Emergency Management Agency, but it’s not enough said Navajo Nation President Jonathan Nez.

“In speaking with the health care experts, the supplies that were delivered won’t last a full week, but we’re continuing to work hard every day to bring more and more resources. The Navajo Nation is also stepping up and using our own funds from the $4 million appropriation that was approved recently,” said Nez in a press release.

“We haven’t nearly reached the peak of the virus — that’s what’s our health care experts are telling us. So, we need to be proactive and do everything we can to prepare for the worse, but pray and hope for the best. We thank everyone who is working around the clock and behind the scenes to help our Navajo people,” stated Vice President Lizer.

The Navajo case count includes 25 in New Mexico: 15 in San Juan County, 1 in Cibola County, and 9 in McKinley County. These numbers suggest the majority of the cases in northwest New Mexico announced by the New Mexico Department of Health are Navajo people.

Authorities of both the Navajo Nation and the New Mexico Department of Health have stated previously that the two entities coordinate to ensure Navajo announced case counts are included in the New Mexico cases announced each afternoon, but there may be a lag in reporting times between the two entities. Navajo authorities have stated they only include in their case count Navajo members who live on tribal land.

Navajo authorities have declared an emergency, urging Navajo people to stay home, and announcing a curfew from 8pm to 5am, seven days a week, beginning Monday.