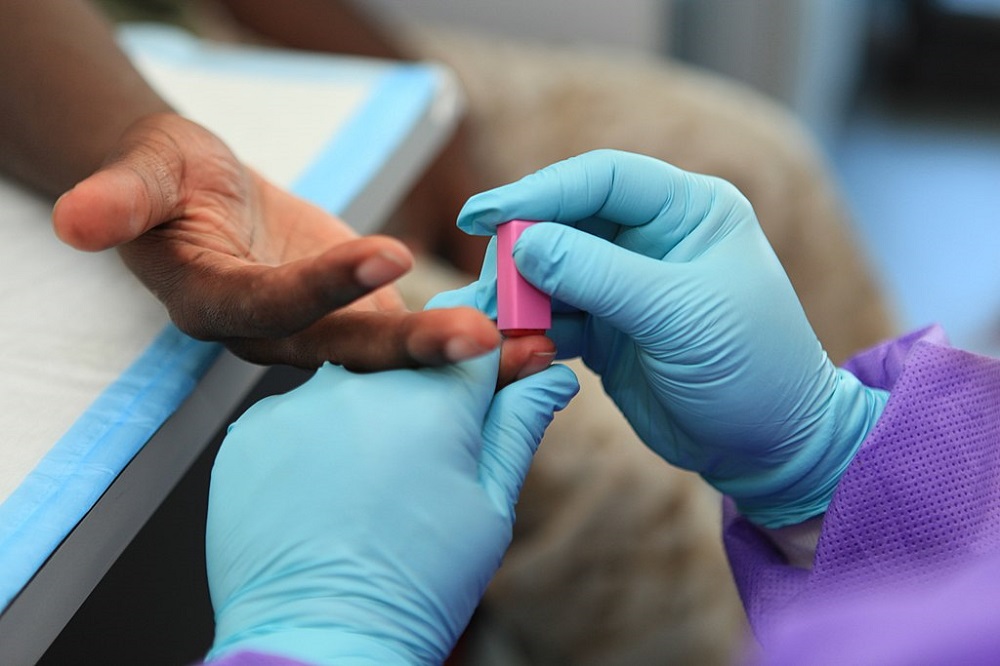 A different type of test than what is now being widely used could be more useful for tracking the COVID-19 outbreak in the U.S, according to a former U.S. Centers for Disease Control and Prevention and World Health Organization official.

Currently, health officials are relying on one type of test, called PCR tests, to determine whether an individual is infected with the novel coronavirus known as SARS-COV-2, which causes COVID-19 in humans. Public health officials are then using that information to conduct an investigation in hopes of piecing together who else might have it, and who may need to be tested for it and self-isolate.

But Dr. Murray Cohen, a retired infectious disease expert at both the CDC and the WHO, told NM Political Report that the current COVID-19 tests are more useful in a clinical setting for doctors trying to diagnose a sick patient and suggested a different type of test that would help public health officials who are trying to understand the extent of the outbreak.

Limits of the diagnostic PCR test

The United States’ COVID-19 test uses what’s called polymerase chain reaction, also known as a PCR, to detect the presence of viral genetic material. Here’s how the process works in New Mexico: a trained technician or physician collects samples from the patient, either by swabbing in the nasal cavity or down the throat. Those specimens are then carefully transported to the state’s Department of Health lab, or the private TriCore lab, both of which are located in Albuquerque.

The sample then undergoes a series of processes designed to locate the virus in the specimen. The idea is to amplify whatever genetic material is in the specimen, and then look for clues that the virus’s genetic material is present. Lab technicians look for snippets of genetic code that are unique to the virus and wouldn’t normally be present. If that unique code is found, then the patient has tested positive for the virus. If the code isn’t found, then the patient has tested negative.

PCR testing is a diagnostic test, typically used in a hospital setting, that’s now being used to help grapple with a public health emergency, Cohen said. It’s a subtle but important distinction.

Even under normal circumstances, PCR testing has limits. The test gives officials only a snapshot of the virus’s presence in an individual’s body. But viral infections have a lifecycle that plays out over the course of weeks. An individual who is infected may not test positive using a PCR test if the individual was only recently exposed, for example, and the infection hasn’t had enough time to ramp up.

#mc_embed_signup{background:#fff; clear:left; font:14px Helvetica,Arial,sans-serif; } /* Add your own Mailchimp form style overrides in your site stylesheet or in this style block. We recommend moving this block and the preceding CSS link to the HEAD of your HTML file. */

“Respiratory viruses hit a peak viral tinder after the infection, after it’s established,” Cohen said. “In an early phase, you might miss it just based on how and when you’re taking the sample.”

And because of the supply shortages, until recently, PCR tests have only been given to those who are currently suffering from three telltale symptoms; shortness of breath, a dry cough, and a fever. An individual with those three symptoms is most likely to have COVID-19. The state expanded the qualifications for who can get a test to include some who are asymptomatic on Tuesday.

“The test has been rationed, in a sense. It’s only being used when someone is really sick,” Cohen said. “The whole point is diagnostic — what you do when you’re sick and you’re in the hospital.”

But some individuals may experience just a fever, or have only a cough and a fever, and be denied testing, even though they are infected with COVID-19. In that sense, the system is missing plenty of individuals who are carrying the virus and spreading it to others.

Health departments have tried to get around this problem by incorporating tests for other viruses into their COVID-19 testing protocols. For example, an individual who experiences a cough and a fever may be first tested for the flu, or respiratory syncytial virus (RSV). If both of those tests come back negative, then the patient is tested for COVID-19. But the system isn’t perfect. A patient can be co-infected with both flu and COVID-19, for example.

And even more importantly, from a public health perspective, the test can’t tell officials where the virus has been, or who has it who may not even realize they are sick.

Last week, a public defender tested positive for COVID-19, weeks after she was first refused a test by officials because she lacked enough symptoms.

“She is the walking poster child for exactly the case as to why a diagnostic test is not a public health test. That’s exactly the problem,” Cohen said.

Testing for antibodies could give officials a much clearer picture of the outbreak, Cohen said. Antibodies are the molecules that the human body creates in response to a viral invasion. Each virus spurs the creation of unique antibodies within the body, so scientists could determine the presence of SARS-COV-2 by looking for the special antibodies the body created to fight it.

And there are a number of logistical advantages to using antibody tests, rather than relying only on PCR tests. For one, antibody tests are much less complicated and less labor-intensive than running PCR.

Anyone who is swabbing individuals must be properly trained to collect specimens in the right manner, and those individuals are at increased risk of becoming infected themselves, he said. And the PCR testing can only be conducted in authorized labs. That’s one of the reasons there can be long delays in getting testing results back.

Cohen said an antibody test, on the other hand, can be nearly as easy as an at-home pregnancy test.

“It’s only slightly more complicated than a blood sugar test for a diabetic or a self-pregnancy test,” he said. “You take a sample [at home]. Some of them might be sputum [a mixture of saliva and mucus] like for 23andMe, or a finger prick for a drop of blood; and you mix it with a reagent and you put it on a strip and wait ten minutes, and depending on the change, the color, the band, whatever the indicator is, you’re either negative or reactive [meaning antibodies are present].”

Cohen said these types of tests could be easily and widely distributed across the country in a matter of weeks, using the national distribution networks that are used under normal conditions for getting vaccines out to the public during flu season.

Testing for antibodies could also offer something of a catch-all solution for tracking the virus. Individuals who are currently sick with COVID-19 would test positive with the antibody test, and because the human body keeps antibodies circulating in the blood for some time after an infection, the test would also tell scientists if an individual was infected at one time and recovered, something that the current diagnostic testing parameters might miss if that individual suffered more mild symptoms during the infection, or became sick before the PCR tests were widely available.

Most importantly, though, the antibody test would tell officials who is currently infected (or who had been infected and recovered) who suffered no symptoms. That’s a piece of information the current testing parameters are missing entirely.

The CDC said on Tuesday it estimates 25 percent of individuals infected with the novel coronavirus are asymptomatic, meaning they are carrying the virus but are experiencing no symptoms — and probably don’t even know they’re sick.

There’s good reason for that shift, too. Actor Idris Elba, for example, was asymptomatic when he tested positive after traveling in New Mexico. Elba was tested because he came into contact with another individual who later tested positive for the disease.

Antibody testing could also help the state and the nation recover from the economic impacts of the outbreak, Cohen said.

“Part of why the epidemic is so dangerous right now, and part of why we’re having to take these draconian measures,” Cohen said, referring to the closure of nonessential businesses, emphasis on social distancings, and stay-at-home orders, “is because everybody is susceptible, because it’s a novel virus. Nobody on Earth, no people have any innate immunity, so everybody’s susceptible.”

“Imagine how policies would change for self-isolation and quarantine, if we knew who was immune,” Cohen said. “That would totally change everything that we’re doing.”

The good news is that we may soon have a better idea of who’s immune, as well as who might be asymptomatic carriers. The FDA authorized a list of antibody tests over the last weeks. As those tests become more widespread, public health officials could have a better understanding of how to move forward.

“We know exactly how the virus performs, it’s quite predictable. We just haven’t been doing any testing. It’s like surveillance with your eyes closed. You’re not going to see anything,” Cohen said. “This country’s got 330 million people, we need a 100 million tests. But not PCR tests — antibody tests.”