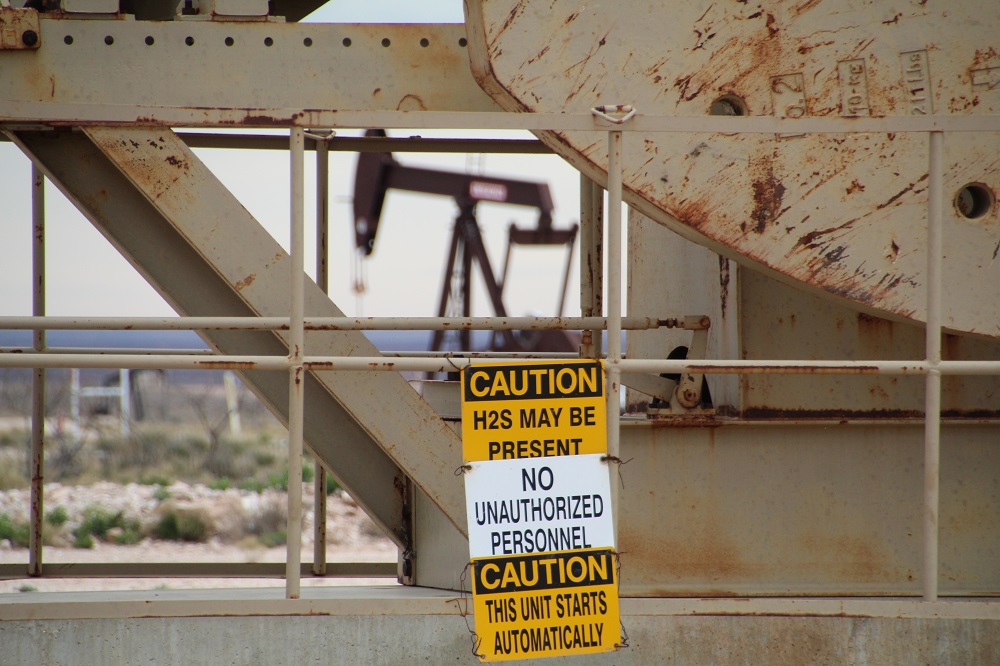 New Mexico’s environment and energy regulators have scaled back some of their regulatory enforcement operations to comply with the state’s public health order limiting social contact and workplace operations due to the COVID-19 pandemic.

The state’s public health order deemed oil and gas operations essential, and extraction activities have continued in both the Permian Basin and in the Four Corners region. That’s worried some residents and environmental advocates, who are concerned that the state may not be able to fully enforce environmental laws.

“Our compliance staff will continue to conduct investigations which pose an imminent or substantial endangerment threat to public health or the environment,” Hayden said in an email. “Routine inspections of permitted and licensed facilities will otherwise remain a low priority during this time.”

Oil and gas operations are of particular concern for communities in New Mexico’s energy-producing regions. In late March, the U.S. Environmental Protection Agency said it would stop enforcing compliance of routine monitoring, reporting obligations and other regulations related to permitted facilities during the outbreak.

The announcement, which drew the ire of former EPA policymakers and environmentalists alike, came shortly after the American Petroleum Institute (API) executives sent a letter to EPA Administrator Andrew Wheeler and President Donald Trump asking for “assistance in temporarily waiving non-essential compliance obligations from the relevant agencies and departments” within the EPA. The letter also asked for help in assuring similar measures would be taken at the state level.

“There’s nothing new about the oil and gas industry’s desire for weak oversight except that now they’re taking advantage of a national emergency as an excuse to get it,” Nathalie Eddy, New Mexico and Colorado field advocate for the advocacy group Earthworks, told NM Political Report. “If polluting industries can operate, they can comply with public health rules. Government response to one public health crisis should be careful not to fuel another.”

The state Energy, Minerals and Natural Resources Department’s (EMNRD) Oil Conservation Director Adrienne Sandoval told NM Political Report the Oil Conservation District has “had to change how we do business” in light of the outbreak. That includes suspending some site inspections.

“The OCD is still performing daily site inspections, however, inspections that require outside parties to be on site are suspended to ensure the safety of our field staff,” Sandoval said in an email. “Most inspections can be conducted without parties on site and those are ongoing.”

“We are committed to creatively solving problems that arise while still ensuring we follow our statutory mandate to prevent waste, protect correlative rights and protect public health and the environment,” Sandoval added.

Oil production has dropped significantly in the past weeks, due to a drop in demand, a weakened global economy and a price war between Russia and Saudia Arabia. Those factors, combined with the economic stress of the COVID-19 outbreak in the state, have imperiled the state’s newly approved budget, which relies heavily on oil and gas revenue.

Last week, state Land Office Commissioner Stephanie Garcia Richard announced the office would begin an emergency rulemaking process to allow oil lessees to temporarily stop oil production without penalty for at least thirty days, in hopes of restarting production when the price of oil has recovered some.

“The COVID-19 pandemic brought home, almost overnight, the risks of our dependence on oil and gas,” Garcia Richard said at the time. “I’ve determined that it is in the best interest of the beneficiaries of state trust land – our public schools, hospitals, and universities – as well as the employees dependent on this industry, that we allow companies to apply for these temporary shut-ins until we can better predict the future of the Permian Basin.”

Well operators have signaled that emissions related to oil and gas extraction are also ramping down, as companies implement workplace protocols to prevent the spread of COVID-19. Rystad Energy, which operates in the Permian Basin in New Mexico, said gas flaring levels in the Permian Basin have fallen sharply in response to the pandemic.

“Such a low level of flaring has not been seen in the Permian since 2012,” said Artem Abramov, Rystad Energy’s head of shale research. “While the downturn introduces severe challenges for the overall economics of Permian producers, achieving outstanding emissions targets is at least one bright spot.”

But Earthworks’ senior field advocate Sharon Wilson, who is also a certified thermographer, was skeptical of Rystad’s claims about gas flaring in the Permian Basin.

“Reduced production doesn’t necessarily mean reduced pollution,” Wilson said. “Our hundreds of Permian field investigations over the past three years show a rising trend of unlit flares in the face of declining prices. Unlit flares are worse than flaring because they release enormous amounts of methane, which is 86 times worse for climate than the carbon dioxide that lit flares are intended to release.”

And according to data collected by the Environmental Defense Fund, methane escaping from oil and gas operations in the most productive part of the basin had reached, prior to the pandemic, nearly three times the rate reported by the EPA.

“Oil and gas companies have a core responsibility to protect health, safety and the environment. This data shows that operators in Permian are failing to meet that basic obligation,” said Matt Watson, EDF VP for energy. “As company staffing and state oversight are stretched thin, it’s all the more crucial to maintain close watch on these emissions so leaks don’t go unnoticed or unrepaired.”