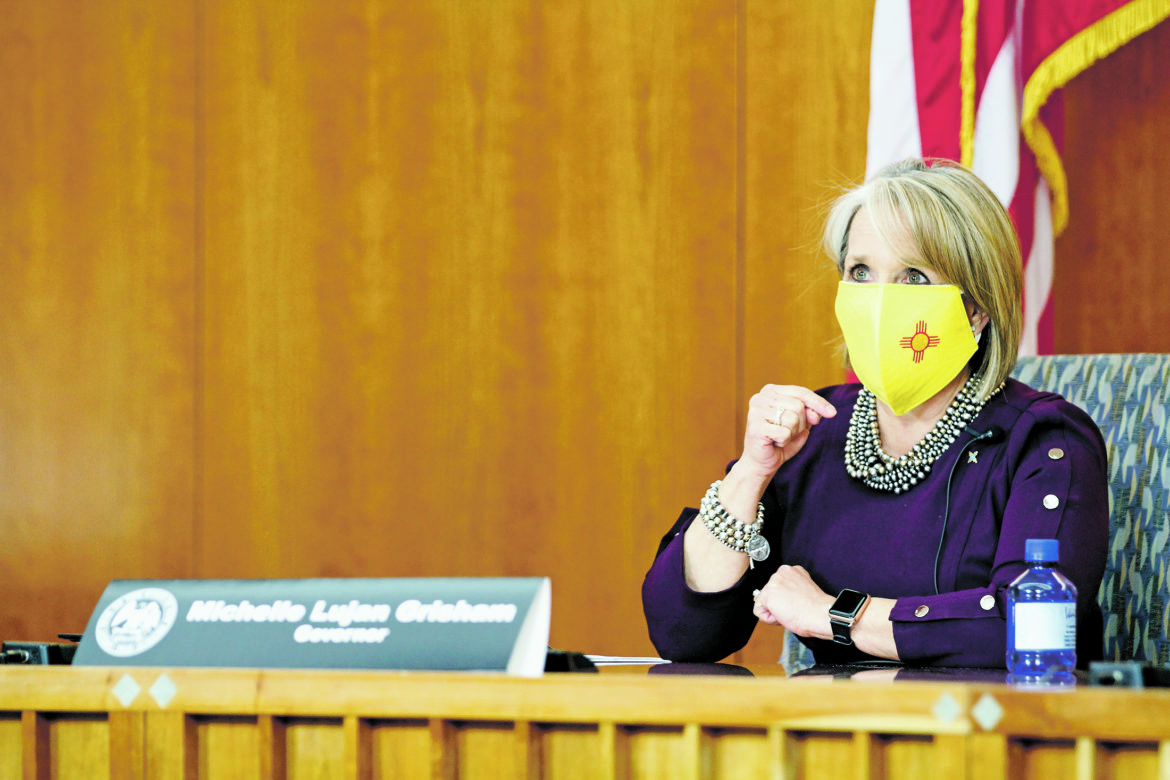 A new poll showed that a majority of New Mexicans approve of the way Gov. Michelle Lujan Grisham is handling the COVID-19 crisis.

The poll, conducted by Public Policy Polling for The Majority Institute, a progressive organization, showed that 62 percent of New Mexicans approve of how she is handling the  pandemic, compared to 26 percent who disapprove.

The approval is much higher than that of President Donald Trump; the poll found that 40 percent of New Mexicans approved of how he is handling the COVID-19 crisis, compared to 55 percent who disapprove.

Lujan Grisham took action earlier than many governors, and aggressively sought to expand testing capacity in the state. The New York Times wrote a profile about New Mexico’s response and how it has avoided overwhelming the health care system in the state.

Still, Republicans have criticized the stay-at-home order. Some county commissions in conservative, rural areas that have not yet seen high levels of infection have called on the governor to ease restrictions on businesses. Some conservative provocateurs and activists have held in-person protests to call for the state to ease restrictions.

Lujan Grisham, unsurprisingly, gets her highest marks from Democrats (83/9 approval/disapproval), followed by independents (60/28), while just 32 percent of Republicans approve of her actions.

Most governors across the country have seen a big boost in approval ratings since the start of the pandemic, as they seek to address the pandemic and slow the spread.

Trump, meanwhile, saw an initial boost, but that has slowly faded in polls in recent days, even as he gives long, combative press conferences in the White House that are broadcast live on cable news networks.

The British polling firm Opinium found that, in an online survey, that Americans generally support the actions of their governor more than that of President Donald Trump. That poll found that the support for the most stringent measures has seen support grow.

The Public Policy Polling poll surveyed 1,009 New Mexico voters on April 20 and April 21st. The poll included half calls by landlines and half texts to cell phones. The margin of error is +/- 3.1 percent, which means that any result can be higher or lower by 3.1 percentage points.