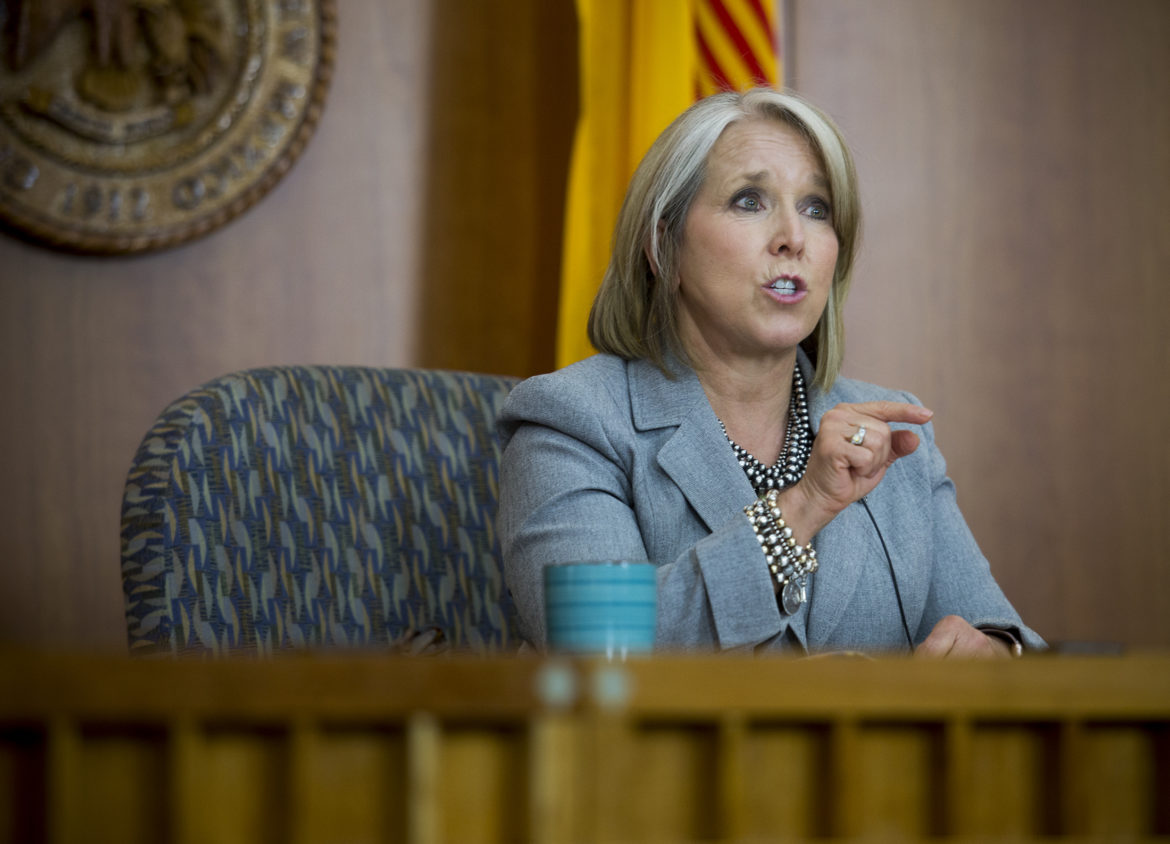 Gov. Michelle Lujan Grisham announces upcoming changes in the state that will go into effect on Monday, June 1, including the reopening of restaurant dining, hair salons, tattoo parlors, indoor malls, gyms and nail salons — all at lower capacity and with six feet of distance between tables.

New Mexico’s next public health order will be a big step toward reopening businesses throughout the state, including allowing gym attendance, indoor dining at restaurants at limited capacity, limited opening of hair salons and barbershops and more.

The public health order, which the governor’s office said will be executed and disseminated on Friday, will go into effect on June 1.

“It is an opportunity for our businesses to get engaged again in the economy,” Gov. Michelle Lujan Grisham said.

However, the governor said and state health officials warned on Thursday that this is not an excuse to ignore safety measures and that masks will still be required in public.

“As businesses did their part to protect New Mexicans, we have to protect businesses that we continue to expand in terms of opening the economy,” Lujan Grisham said.

She said the fact that New Mexico is able to further open more businesses and industries is because residents have helped slow the spread of COVID-19.

She said the fifty percent capacity was “the only way that we can get folks to be six feet apart and distance themselves” while dining in restaurants.

Restaurants will be required to abide by COVID-safe practices, which would include employees wearing face masks and completing training in sanitation.

Bars, which are defined as making more than 50 percent of their money from alcoholic beverages, will remain temporarily closed. Breweries and wineries will not be able to open for service, but will remain allowed to sell package services.

Gyms can also open to 50 percent capacity, though pools will only be open for lap swimming or lessons for up to two students.

And hair salons, barbershops, tattoo parlors, massage services and nail salons will be allowed to operate at 25 percent of fire code capacity, on an appointment-only basis.

“It is very behavior-dependent and data-dependent,” Lujan Grisham said of the decision on what to reopen or expand capacity.

Houses of worship will remain at 25 percent of fire code capacity for in-person services and worship.

Lujan Grisham acknowledged that it was a slow, gradual reopening in the state.

“If we do too much all at once, then we will see a rate of spread that will create problems in holding our gating criteria,” she said.

“It’s good news because the people of New Mexico have really coopearted and done the things we’ve asked you to do to minimize the spread of the virus as much as possible,” Scrase said.

Scrase said the state was confident that the peak in New Mexico, including in the hardest-hit area of the state in the northwest, occurred on May 1.

“We think everyone is doing well,” he said.

Scrase said he hoped that all regions of the state will see a rate of spread, or the number of people each infected person spread the disease to, at under 1.15 and eventually under 1, which would mean an overall decrease in cases.

Scrase, like the governor, also said continuing to wear masks while in public remained important.

“For the general public there’s pretty good evidence now that if you wear a mask, you protect other people in the event you might have the virus in your nose and in your respiratory system without knowing it,” Scrase said.

More could be coming if the state continues to see low rates of spread and continues to address the spread of the disease.

But that would only occur if “New Mexicans make personal decisions that are COVID-safe practices, that determines what’s going on with the virus, that in turn will determine what decisions we will make in a productive and safe manner.”

The governor did not set a date for those potential expanded reopenings, but had noted earlier in the press conference that public health orders last 30 days, but can be amended in that time period.

The Republican Party of New Mexico criticized the governor’s move.

“The governor’s haphazard approach to reopening the state is hurtful and disastrous to New Mexicans,” party chairman Steve Pearce said in a statement. “She seems to fling darts at an economic dartboard to determine who opens next and by how much.”

“We’ve set stricter standards for ourselves than others have set,” Scrase said.