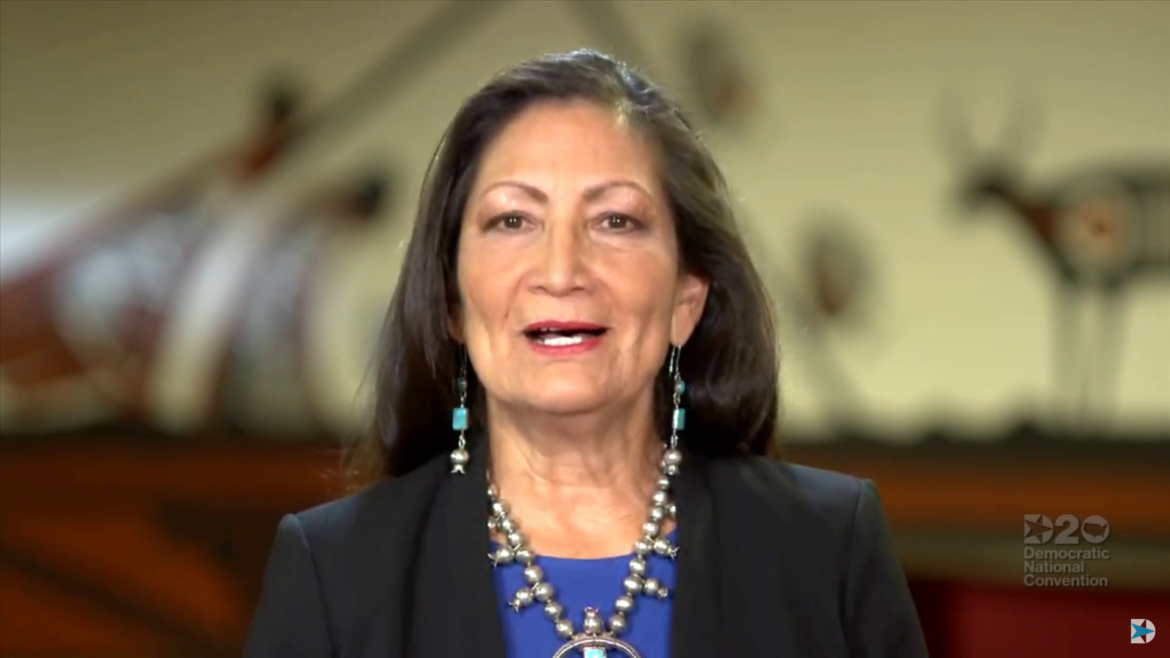 Screenshot of Deb Haaland speaking during the 2020 Democratic National Convention.

U.S. Rep. Deb Haaland was the second New Mexican woman to have a prominent spot at the Democratic National Convention this week, and delivered a short speech from the Indian Pueblo Cultural Center in Albuquerque.

“My people survived centuries of slavery, genocide and brutal assimilation policies,” Haaland said. “But throughout our past, tribal nations have fought for and helped build this country. There were those like my Laguna grandparents who worked our country’s railroads. And those like my mother, a Navy veteran who served this country with honor.”

She also encouraged people to register to vote and to vote, noting that Native Americans did not get the right to vote until almost 60 years ago.

“Voting is sacred. My people know that. We weren’t universally granted the right to vote until 1962 and that fundamental right is more important than ever,” Haaland said. “Whether your ancestors have been here for hundreds of years, or you’re a new citizen, know this: Whether we vote and how we vote will determine whether this nation’s promise of social, racial and environmental justice will outlast us.”

Like Lujan Grisham, Haaland’s speech came in the first hour of the convention, before the three major TV networks began broadcasting.

Republicans will hold their convention next week. A full list of Republican speakers isn’t available yet, so it is unclear if anyone from New Mexico will speak.