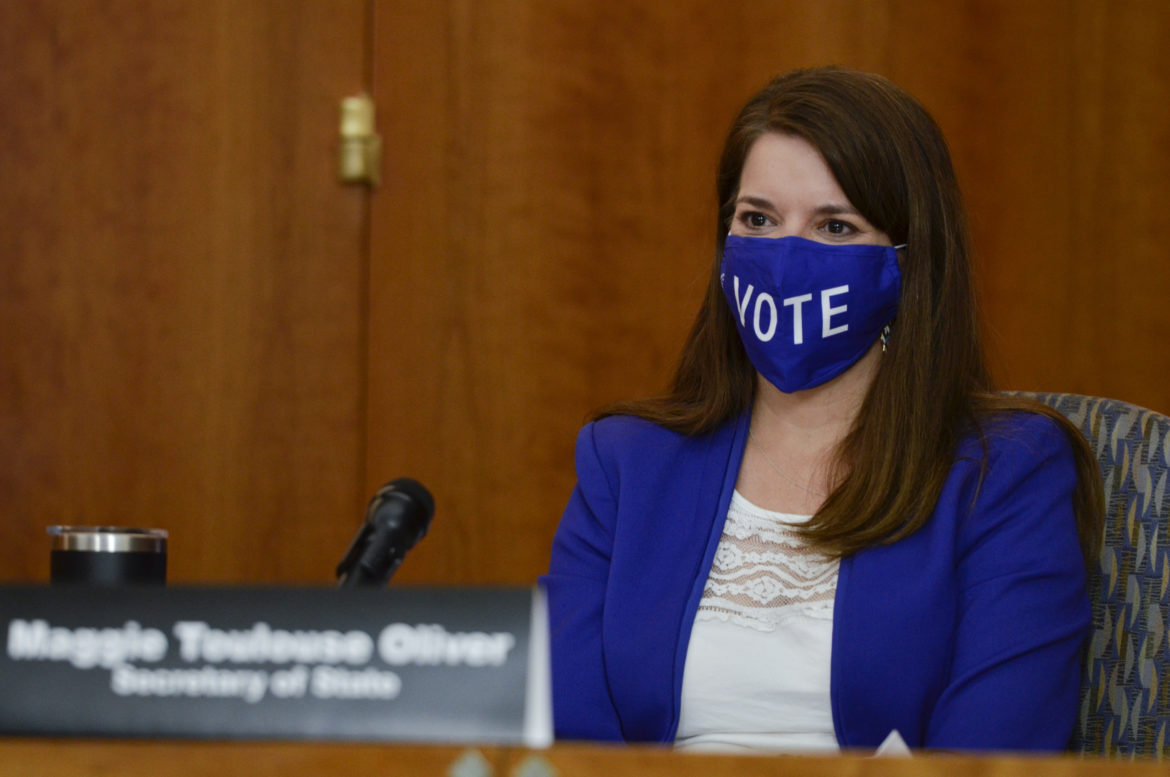 In a press conference on Thursday Secretary of State Maggie Toulouse spoke about the voting efforts, as Election Day is just 40 days away and county clerks will begin sending absentee ballots to voters in less than two weeks.

She also said that not every vote would be counted on election night, but that this is normal—and according to state law, all results are unofficial until the state canvassing board meets and certifies results on the third Tuesday after the election.

The vote tallying by officials lasted for days after the election in some counties after the June primaries, but Toulouse Oliver said counties increased their boards that count absentee ballots to avoid this.

She said that she believes a “majority” of votes will be tabulated and posted on election night.

And it will be needed, since there will be much more absentee ballots than in any previous year in state history.

The Secretary of State’s office announced that 247,725 voters had requested absentee ballots as of Thursday morning. That’s nearly one-fifth of all registered voters in the state.

And while not all will return ballots, it is likely the state will crush the previous record of absentee ballots, set in 2008 when 172,136 voters cast their ballots this way.

She reminded voters that they can request absentee ballots online or through the mail to their county clerk’s office until Oct. 20, but encouraged voters to do so as soon as possible.

County clerks can start sending out absentee ballots on Oct. 6, but can start prep work on Friday.

Only ballots that are received by the 7 p.m. close of polls on election night will be counted, and the United States Postal Service told the state that to be safe, they need a full seven days to get the ballots to the county clerk; this means the state encourages all those with absentee ballots to mail them by Oct. 27.

If they do not, Toulouse Oliver said, voters can drop off absentee ballots at any voting location.

“The point is, voters, whether they vote in person or by mail have a variety of options at your disposal in terms of how to cast your ballot,” she said.

She encouraged voters to cast votes early, so that election workers across the state can process ballots.

Counties that send fewer than 15,000 voters are allowed to start the process five days in advance.

Toulouse Oliver said every county she has spoken to will use as much time as possible, and have beefed up their absentee process with many more members of absentee voting boards from the primary. She mentioned that Santa Fe had four times the members and would be working out of the Santa Fe Community Convention Center to allow for social distancing.

As part of a bill from this year’s special legislative session in June regarding this year’s elections, election workers can’t keep counting votes past 11 p.m, to avoid any fatigue.

“Fatigue leads to errors and mistakes, which leads to inaccuracies,” Toulouse Oliver said.

“We have a number of policies and procedures in place in New Mexico that ensure the integrity of elections,” she said.

These include paper ballots and mandatory post-election audits. In the event of any controversy, election officials can go back to the paper trail of the ballots, including for recounts.

“Please do not believe everything you believe on social media. Please go directly to that trusted source.”