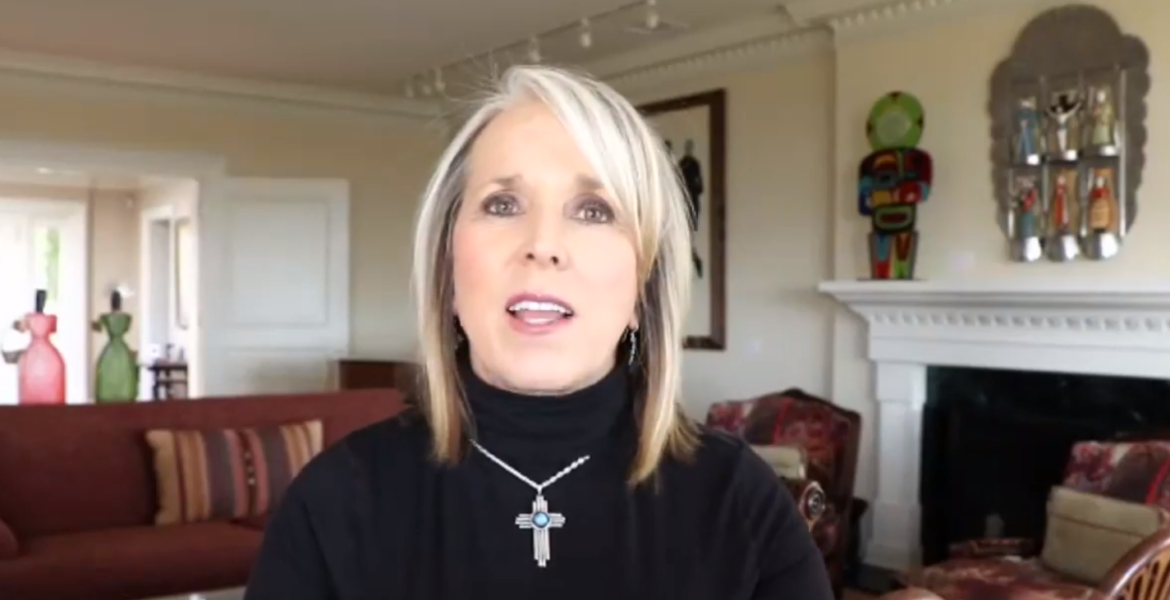 Speaking from the governor’s residence because of a quarantine due to a possible COVID-19 exposure, Gov. Michelle Lujan Grisham warned that New Mexico is “at extreme risk of uncontrollable spread” of the disease as cases continue to increase throughout New Mexico.

Lujan Grisham said both she and her fiancé tested negative for COVID-19 on Wednesday for a second time, though they would remain quarantined for a full two weeks, in accordance with state health officials’ guidance.

“When you have uncontrollable spread, where we can’t manage the outbreaks, you become quickly a potential epicenter for the country and you overwhelm your healthcare workers, your hospital services and we have far more, many more, deaths and our mortality rates just keep rising,” Lujan Grisham said.

She urged New Mexicans to abide by COVID-safe practices and emphasized staying away from large gatherings and avoiding leaving the house unless absolutely necessary.

While she did not make any changes to the state’s public health order, which will expire next weekend, she did say that things like K-12 sports and club sports remain prohibited, except for limited practices with groups of ten or fewer individuals with no contact.

While she said she hoped to have school sports back in 2021, she maintained that the state’s main priority is “to get our kiddos back in the classroom.”

But even with this limited in-person schooling, Human Services Department Dr. David Scrase said there have been 66 cases among students who are in class and 91 cases among staff members who have been on school property.

“We are now seeing more cases in school where kids are back in school,” Scrase said.

Statewide, the spread rate was 1.24 as of Oct. 7, which means each person with COVID-19, on average, will spread the disease to 1.24 other people. And other indications also showed signs of increased growth.

The test positivity rate, below two percent at one point on a seven-day rolling average at one point in mid-September, reached 4.21 percent as of Oct. 6.

And the daily number of cases on a seven-day rolling average reached 233 on Oct. 2. This number lags, Scrase explained, as they wait for all labs to process and report results.

“That is going to climb very rapidly each time we recalculate that,” Scrase said, based on recent results the state has received.

He also noted that some hospitals are “very nervous” about the increase in the number of hospitalizations and the number of those who need to be in intensive care unit beds for COVID. And while the state has decreased the severity and length of times of hospitalizations, which Scrase largely credited to widespread and aggressive use of the antiviral remdesivir, he still said that running out of ICU beds was a real possibility if the current trends continue.

While both Scrase and Lujan Grisham called for immediate action, they acknowledged that it will take some time for any actions New Mexicans take now to show up in redacted numbers of COVID-19 due to the incubation period for the disease.

The state going back to stricter restrictions, including shutting large swaths of industries across the state, is a last-case scenario, Lujan Grisham said.

“When I limit where people go, it’s an emergency health order shut down. And we don’t want that,” she said. “Nobody wants that.”

She said that the “economic backlash” to another shutdown would be devastating for the state.

To avoid this, she said, everyone needs to wear masks and abide by COVID-safe practices.

She noted that some states have enforced curfews, to avoid the risk of a long duration of being in one place, but the state’s health officials would need to discuss any next steps.

She said any changes to the public health order would come with analyzing data, including rapid responses. She said the state is on pace to have 700 rapid responses this week, including increases in retail and restaurants.

“We still have time,” she said. “We won’t see all the evidence of our good work in one week, but we can see the trends. We can see if we’re moving in the right direction.”