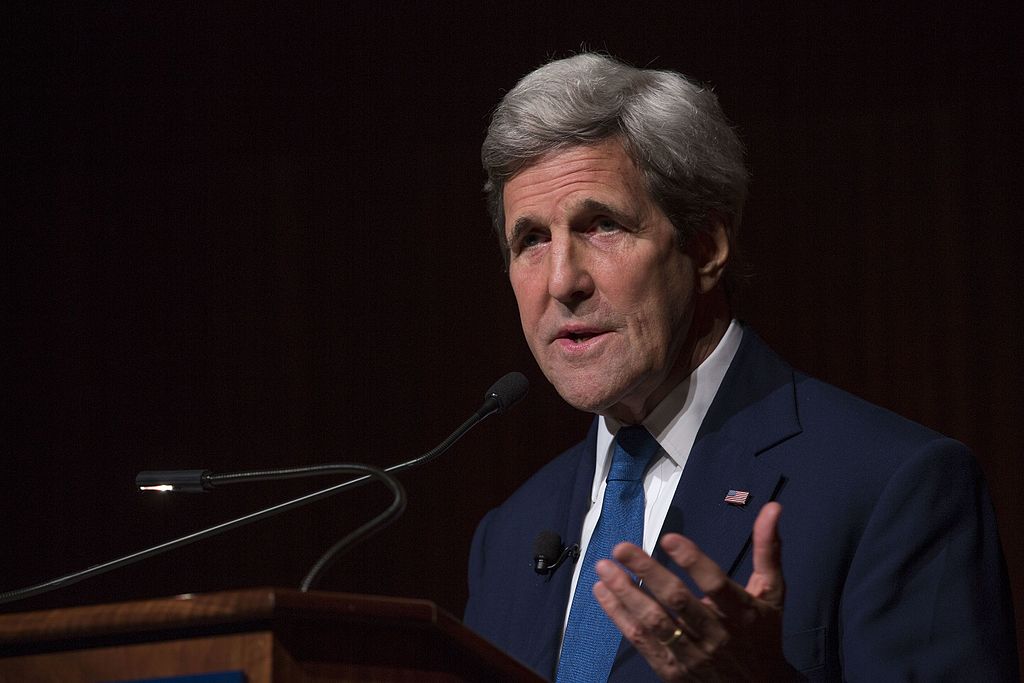 Prominent Democrat John Kerry, who served as Secretary of State under former President Barack Obama, joined the state’s top Democrats Monday evening in a final virtual push to get out the vote.

“I think most of us never thought we’d have a nightmare again like that. We are living one today,” Kerry said. “We are living one with a man who is only president in name. Not one thing he has done is presidential.”

Kerry was critical of Trump’s foreign policies. He pointed to Trump’s decision to pull the U.S. out of the Iran nuclear deal and added that he brought the country to “the brink of war with Iran” and criticized Trump for his “absolute farcical dance with Kim Jung Un,” the leader of North Korea, whom Kerry described as “the worst dictator on the planet.”

Kerry was also critical of the way Trump has treated countries that have historically been considered allies of the U.S.

“You look at Europe, where [Germany’s Chancellor] Angela Merkel was insulted, [France’s president Emmanuel] Macron was insulted; where our allies have been made our enemies, and where Donald Trump stood eight feet from {Russia’s] President Putin in Helsinki,” Kerry said.

“Every day is chaos,” he added. “You really are speechless after you look at everything that happens to this guy. This is the battle of our lifetime, our democracy is at risk.”

“We’ve exceeded 90 percent of our 2016 vote,” she said, referring to the state’s record-breaking absentee ballots and large early voting turnout. “These are historic, energetic efforts in the state of New Mexico. It’s telling about the differences that New Mexicans want and expect in the White House and in federal leadership.”

Lujan Grisham added that voting this year is part of a “moral imperative.”

“We’ve got someone in the White House who has compromised this country’s moral compass and forfeited our leadership around the world,” Lujan Grisham said. “Now the world is much more dangerous, and much more insecure.”

“One of the most telling things in the last four years is the number of parents that I’ve heard say, you know, we mute television during the news, because we don’t want to hear what you know the President has to say in front of our kids,” Heinrich said. “It’s been that kind of four years. And you all have the opportunity to turn that around.”