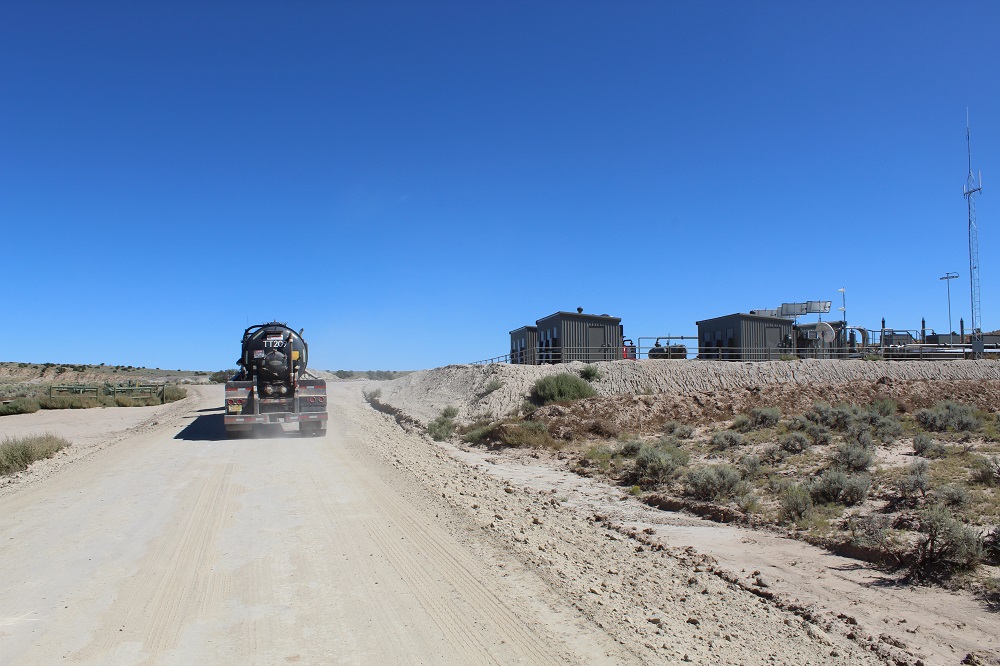 Oil and gas development in the Greater Chaco region.

State Senator Antoinette Sedillo Lopez, D-Albuquerque, plans to introduce a bill during the upcoming legislative session that would enact a four-year pause on fracking permits while studies are conducted to determine the impacts of fracking on agriculture, environment and water resources and public health.

“It’s not a moratorium on fracking or banning fracking altogether. It is simply a pause on issuing new permits for four years,” Sedillo Lopez told NM Political Report.

“The bill requires agencies to study the issue of fracking, and to give recommendations to the legislature for legislation and rules that would be appropriate to deal with the consequences of fracking on our air, our land, our water, and our health,” she said.

The 2021 session will be the third time state legislators will consider the bill, which failed to get on the call during the last 30-day session in January 2020. In even-numbered years, only budget bills and bills on topics chosen by the governor can be discussed by the Legislature. The 2021 version of the bill hasn’t been prefiled.

In past legislative sessions, the bill has received pushback from Republicans and legislators representing districts in the state’s two energy-producing zones. A fiscal impact report on the bill from 2019 estimated the state would lose $3.5 billion by halting new fracking permits for four years, but an updated analysis is needed to better predict the possible fiscal implications moving forward.

Sedillo Lopez said that the bill has support among many environmental groups and concerned residents, but added that she was surprised at the opposition it has received among other groups.

“The reaction was actually stunning. I feel like I’m a pragmatic progressive and I felt that the bill was pragmatic, given the situation,” she said. “The state has not done the research, or the regulation to deal with this technique of extracting oil and gas from our public lands.”

Elaine Cimino, director of Common Ground Rising and supporter of the bill, said her past experiences with attempting to reign in oil and gas development in Sandoval County affirmed for her the need for state regulators to pause fracking permits until more research is conducted on its impacts.

As oil and gas development has grown in Sandoval County, Cimino said concerned residents recently sought to amend the county’s oil and gas ordinance, which allowed county officials to grant “permissive use” permits to oil and gas operators in the county without public notice or a public hearing.

In 2018, the Sandoval County Commission approved an amendment to the ordinance that required public notice of permissive use permits applications in the county’s more densely-populated areas. But the new ordinance with the amendment failed to pass at a subsequent commission meeting, after the New Mexico Oil and Gas Association (NMOGA) threatened to sue the county if the ordinance was adopted.

NMOGA at the time argued that the proposed ordinance duplicated regulations at the state and federal level. But Rio Rancho community members, including representatives from Sandia Pueblo and Santa Ana Pueblo, said they wanted more oversight of any future fracking in the area, in order to protect the area’s environment and water resources.

That battle ultimately led Cimino and others to target fracking regulations at the state level.

“As we were dealing with the Sandoval County oil and gas ordinance, we realized that there were a lot of exemptions, and there were a lot of issues that were coming up in writing the ordinance that we needed to deal with at a state level—a lot of that was not legislated, and it really needed to be,” Cimino said. “So, that was the impetus for coming forward with the bill.”