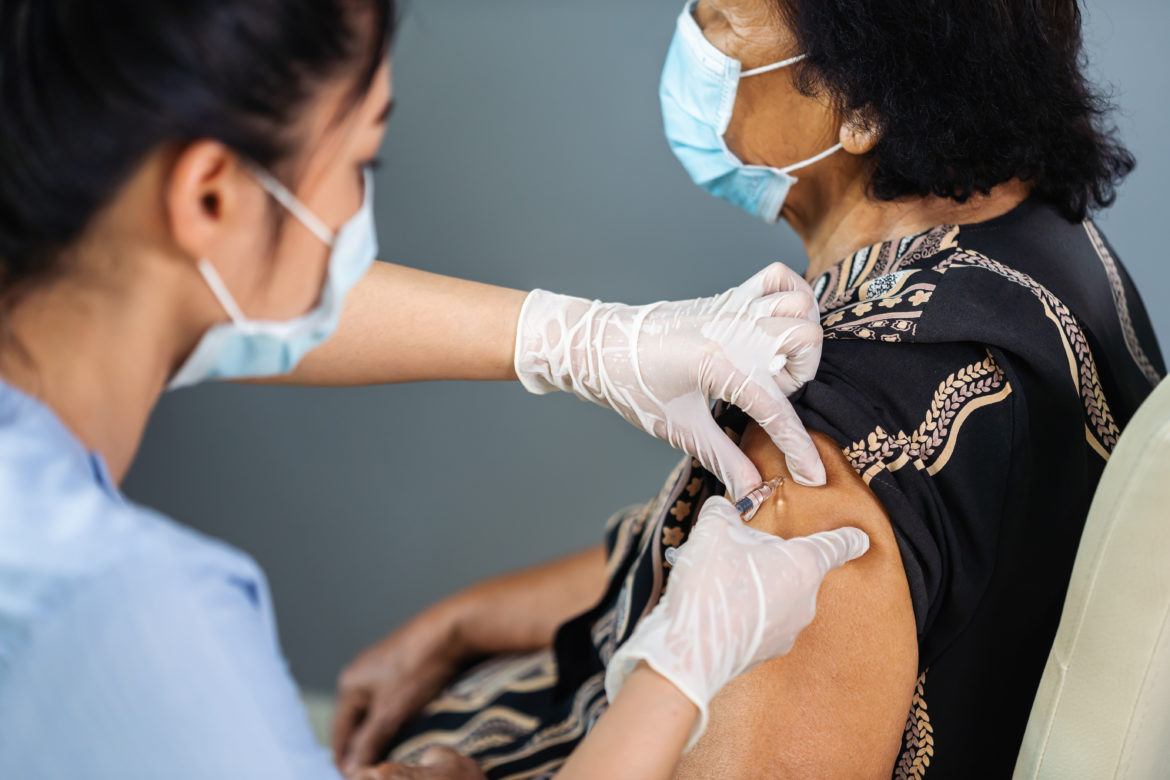 As New Mexico looks to move to phase 1B of its COVID-19 vaccination plan, nearly 400,000 New Mexicans have signed up to get their name on the list, Health Secretary-designate Dr. Tracie Collins said in a press conference Monday.

As of Monday, and citing information from 81 percent of providers, Collins said the state had received more than 170,000 doses from the federal government—despite a rocky process on the federal level—and administered 78,143 of those doses, including more than 30,000 in the last week.

Those who qualify for a vaccination “will receive a notification when a vaccine is available at a nearby location” and be able to set up an appointment, Collins said.

She also said that the state was working to hire more employees for the state’s vaccine call center to avoid long wait times or, which happened at times last week, the inability for some to even connect to the call center.

She said the state’s goal was to have more capacity than the needs for calls.

Earlier on Monday, leaders of hospital systems in Albuquerque praised the DOH for its work in coordinating the release of vaccine doses.

Between University of New Mexico Health, Presbyterian Healthcare Services and Lovelace System, leaders said they had administered about 24,000 doses under phase 1A of the state’s vaccination plan. This includes healthcare workers who have direct contact with COVID-19 patients and first responders, regardless of where they work.

They said they were confident in the ability to move from phase 1A towards phase 1B, a much larger group of people in the state, while continuing testing operations.

Still, they warned that the move to the next phase did not mean the pandemic was over.

Dr. Denise Gonzales, the medical director at Presbyterian Healthcare Services, said despite the vaccinations, New Mexicans would still need to abide by COVID-safe practices to avoid overwhelming hospitals, which were still largely full.

“COVID-19 is still spreading in our community,” she said. “Our state and local percent of positive COVID tests remains too high.” She noted that case counts and hospitalizations remained high.

UNM Health System Executive Physician Dr. David Pitcher said their health care system had been running full or beyond its licensed capacity for “several months now.” Part of this, he said, was because of demand for non-COVID related services, but also that the hospital system “tends to run full, even in non-COVID times.”

Gonzales said “unprecedented collaboration” between the three healthcare systems and others across the state helped avoid the need for crisis standards of care or even rationing of care, as has happened in other areas in the world as a result of the pandemic.

This came amid the backdrop of criticism over the federal handling of the COVID-19 vaccine distribution.

On Monday, 45 U.S. Senate Democrats, including both from New Mexico, sent a letter to U.S. Health and Human Services Secretary Alex Azar that expressed concern over the slow pace of distribution to states.

The letter said that the outgoing Donald Trump administration missed its own deadlines and that “only 36 percent of distributed vaccines have been administered.”

“We hope the recently announced efforts to scale up vaccinations in pharmacies will help to turn this tide but it is clear much more is needed,” the letter stated. “States, Tribes, and localities, providers, and the public are being left without federal support or clear, complete information about what to expect in the future as nearly 300,000 Americans fall ill daily from this virus.”

The number of COVID-19 cases, hospitalizations and deaths have hit record highs nationwide in recent weeks and one large surge in cases is in neighboring Arizona, which has had the second-highest per capita number of cases in the last week as of Monday according to The New York Times.

Despite the difficulty of the vaccinations, the three hospital leaders said they did not have a problem with spoiled vaccines because no one eligible to receive the vaccine is available.

Pitcher said “When we do have a number of excess doses on any given day, we actually have staff who go out and sweep the facility, looking for those who might not yet have received their first dose of vaccination or who now may be approaching the window where they’re eligible for their second dose.”

Gonzales and Sandoval said they had similar processes.

Collins said they did not have any reports of discarded vaccines across the state, and said that if providers inform DOH that there are doses that need to be used before they expire “we start sending people to them” in the current phase of vaccination.