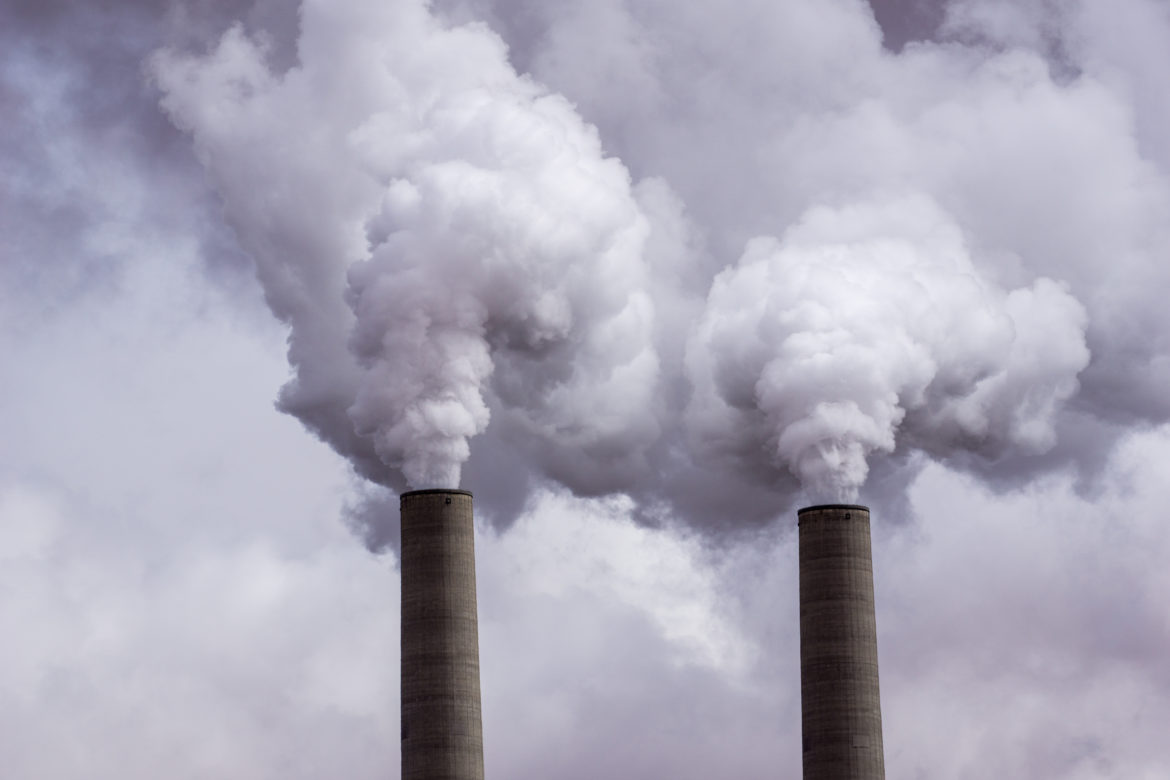 In November 2020, PNM announced it would leave the coal-fired Four Corners Power Plant by the end of 2024, seven years earlier than planned. The accelerated exit will bring an end to PNM’s coal assets in New Mexico two decades ahead of the clean energy mandate set forth in the state’s Energy Transition Act of 2019.

Pat Vincent-Collawn, PNM Resources’ chairman, president and CEO, said at the time the move was “a major step in our vision to create a clean and bright energy future and achieve our industry-leading goal of emissions-free energy by 2040.”

PNM currently owns 13 percent of the plant’s two operating units, representing 200 megawatts (MW) worth of energy generation. PNM is also engaged in a coal supply contract with the Navajo Transitional Energy Company (NTEC). PNM had initially planned to exit the facility in 2031, when its coal supply contract ends. Instead, PNM and NTEC have reached an agreement through which PNM will pay $75 million to NTEC to end its coal contract by December 31, 2024 and then transfer its ownership of the plant to NTEC for $1.

PNM filed its abandonment and securitization application for the plant with the Public Regulation Commission (PRC) earlier this month. In it, PNM wants ratepayers to shoulder $300 million for the utility to recover investments it made in the Four Corners Power Plant and to cover other costs associated with the transfer of ownership, including $16 million in economic aid that will go to the communities that will be impacted by the plant’s closure, and $4.6 million that’ll be set aside for future decommissioning of the plant.

“PNM was always moving towards a more environmentally conscious energy portfolio,” he said. “We have identified that, by getting out of Four Corners seven years early, that amounts to $100 million savings for customers. So it’s our duty to be able to walk down that road.”

New Energy Economy has served as a watchdog to PNM over the past years, frequently arguing against rate increases that the group sees as unfair to PNM’s customers. During that time, Nanasi has racked up some impressive wins against the utility. Recently in 2019, she successfully argued against a rate increase that PNM had proposed related to investments the utility made in the Palo Verde Nuclear plant. At the time, the PRC found PNM’s decision to invest in the plant to be imprudent, and the state Supreme Court ruled that ratepayers must be held harmless against PNM’s poor investment decisions.

Nanasi has also raised alarms about a provision of the Energy Transition Act that she believes will hurt ratepayers as PNM transitions away from coal. That stance has pitted Nanasi against a slew of environmental groups who cheered the bill’s passage in early 2019. While Nanasi supports the law overall, she has challenged it in court over a provision that Nanasi argues removes PRC’s regulatory authority over PNM rate increases as the utility exits its coal assets.

Nanasi pointed to PNM’s recent filing to exit Four Corners as an example of why the PRC needs to be able to regulate PNM’s rate increases.

“This Four Corners issue is a perfect example of why there is such a problem,” Nanasi told NM Political Report.

The coal industry has been in decline since around 2007, but the Obama-era Clean Power Plan, which was enacted in response to the Paris Agreement of 2015, accelerated the sector’s downfall in the U.S.

“It was extraordinarily successful in either closing coal plants or requiring pollution controls at that time,” Nanasi said.

That caused utilities across the country to reconsider the economics of their aging coal plants. The new federal requirements offered an opportunity for utilities to conduct cost-benefit analyses to determine whether further investments in coal plants—to comply with the new rules—were financially prudent.

“If you have a headlight that goes out, you’re gonna pay for a headlight. But if your engine broke down, that’s when you’re like, okay, is it worth this $5,000 investment?” Nanasi said. “Those are critical decision making points.”

At the time, PNM had ownership stakes in two coal plants, the San Juan Generating Station and the Four Corners Power Plant. Some of the other co-owners of those plants opted to exit the poorly-performing plants. But PNM doubled down on its coal investments. PNM actually increased its ownership share of the San Juan Generating Station in 2015, and re-upped its agreements at the Four Corners Power Plant in 2013 and again in 2015 that would extend PNM’s commitment to the plant to 2041.

Those decisions, Nanasi said, were not prudent nor were they in the best interest of PNM’s customers. And in the case of the Four Corners Power Plant, the PRC hearing examiners agreed.

The hearing examiners also noted that PNM admitted it had made a modeling error in 2014, but still failed to correct it.

“PNM did not re-do any Strategist [modeling] runs at that date to determine the impact of the mistake upon the cost-effectiveness of continuing to participate in Four Corners,” the hearing examiners wrote. They also found that if PNM had included those crucial capital improvement costs, PNM would have realized between $44.5 million and $55 million in savings by exiting the Four Corners plant and replacing that power with a gas plant.

Steven Fetter, a former chairman and commissioner with the Michigan Public Service Commission and current Chairman of the Governance and Human Resources Committee of the Board of Directors of Central Hudson Gas & Electric Corporation—and who served as an expert witness for New Energy Economy in this case, but had served as an expert witness for PNM in other cases—called PNM’s failure to update its modeling “utility management malpractice.”

“Mere common sense would call for a utility to undertake, complete, and factor in a timely analysis before committing to a significant increase in capital investment,” he said. “No business would rely on outdated cost numbers to justify current investment decisions, especially within the energy sector where circumstances can change within a matter of months, even weeks, due to fuel volatility or utility industry setbacks.”

At the end of 2017, the commission ultimately decided to defer the finding of imprudence to the next rate case that PNM filed, rather than accept the finding as part of the rate case order. After the passage of the ETA in 2019, which enables PNM to recover 100 percent of its investment in coal assets when exiting those assets, the question of the prudence of PNM’s prior investment in the Four Corners Power Plant was rendered moot.

This wasn’t the first time the PRC had found PNM’s investments in generation to be imprudent, but Nanasi said the rate case is a good example of why the PRC needs to be able to regulate PNM rate increase proposals associated with coal assets. Without that authority, PNM customers could be left paying higher rates for electricity when they don’t need to be.

An important piece of utility law—that was reaffirmed by the 2019 Supreme Court ruling—is that ratepayers are not forced to pay higher rates because a utility made a bad financial decision.

“Ratepayers are to be held harmless for any imprudent acquisition by the utility. That’s like the gold standard of utility law,” Nanasi said. “That’s a very important concept.”

In PNM’s recent abandonment and securitization filing for Four Corners, PNM sought approval to recover $270 million in undepreciated investments at the plant. That money will be secured through a “non-bypassable customer charge” that PNM customers will pay for the next 25 years. Sandoval noted that “the bulk” of the $270 million was previously approved by the PRC as part of the Four Corners rate case in 2016.

PNM estimates the early exit of the Four Corners Power Plant will save its customers some $100 million during that same period, and the securitization will generate $16 million “in economic development and other tribal and local community benefits in San Juan County.”

Sandoval noted that under the agreement with NTEC, PNM shareholders will cover the $75 million, not PNM customers.

“That means that customers are now off the hook for paying for coal,” he said.

The securitization mechanism will also afford PNM “a much lower interest rate,” Sandoval said. “When you’re talking about millions and millions of dollars, that really is a huge customer savings.”

And PNM shareholders won’t be able to make any profit from its investments related to the plant through the securitization, he said.

The abandonment of PNM’s last coal asset is also part of proposed merger between the utility and Avangrid. Avangrid operates natural gas and electric utilities and renewable energy generation assets across 24 states. The investor-owned company’s headquarters are located in Orange, Connecticut, but the majority shareholder is Spain-based Iberdrola, S.A., which is the third largest utility company in the world.

“Avangrid doesn’t intend to own coal-fired generation,” Sandoval said, “but the early exit from Four Corners is what we’ve been aiming for for a long time.”

Nanasi said she doesn’t want PNM to get away with raising rates for customers to cover poor coal investments the utility made in the past few years. She pointed to the fact that PNM shareholders will be paying NTEC $75 million to take over its coal supply contract, and that NTEC is going to purchase the 200 MW for just $1.

“Talk about a bad deal they made. What does that mean? That means they bought a liability,” Nanasi said, referring to decisions made in 2013. “They did no financial analysis, no comparisons. They were buying a liability.”

Sandoval acknowledged that the $75 million payment and the $1 price tag for the coal plant is a reflection of the coal market today. But he also pointed to the huge economic impacts coal’s decline is having on the Navajo Nation.

“Very few people want to get into the coal plant business right now,” Sandoval said. “The Navajo Nation totally understands that we’re all moving to a cleaner economy, and that fossil fuels are definitely not the wave of the future. The problem is that you have four plants that directly affect Navajo and three of them have gone offline or will be going offline.”

NTEC did not respond to NM Political Report’s questions as of press time.

Nanasi also pointed out that, while PNM is recovering undepreciated investments from ratepayers at both the San Juan Generating Station and the Four Corners Power Plant, neither of those plants will actually be shutting down anytime soon. The San Juan Generating Station is being transferred to the City of Farmington, which plans to keep it burning coal, using carbon capture and sequestration technology. NTEC plans to keep the Four Corners Power Plant burning coal until at least 2031.

“We’re going to transition from coal to renewables—that was the whole PR push [for the ETA],” she said. “But then, they’re not really going to transition. At a minimum, [Four Corners] is going to stay burning for 10 years—that is not a transition, that is a continuation.”

Meanwhile, state legislators are poised to reconsider some provisions of the ETA in the legislative session that started Jan. 19. Democratic Senator Liz Stefanics of Cerrillos and Albuquerque Democratic Senators Bill Tallman and Antoinette Sedillo Lopez have filed legislation that they say would reinstate the PRC’s ability to regulate rate increases associated with coal abandonment cases. Nanasi said that bill will directly address her concerns with rate increases and the ETA.

UPDATE: This story has been updated with more information and context regarding the PRC hearing examiners finding of imprudence. The finding was not adopted by the commission in its final order in the rate case, but was deferred to a future rate case.