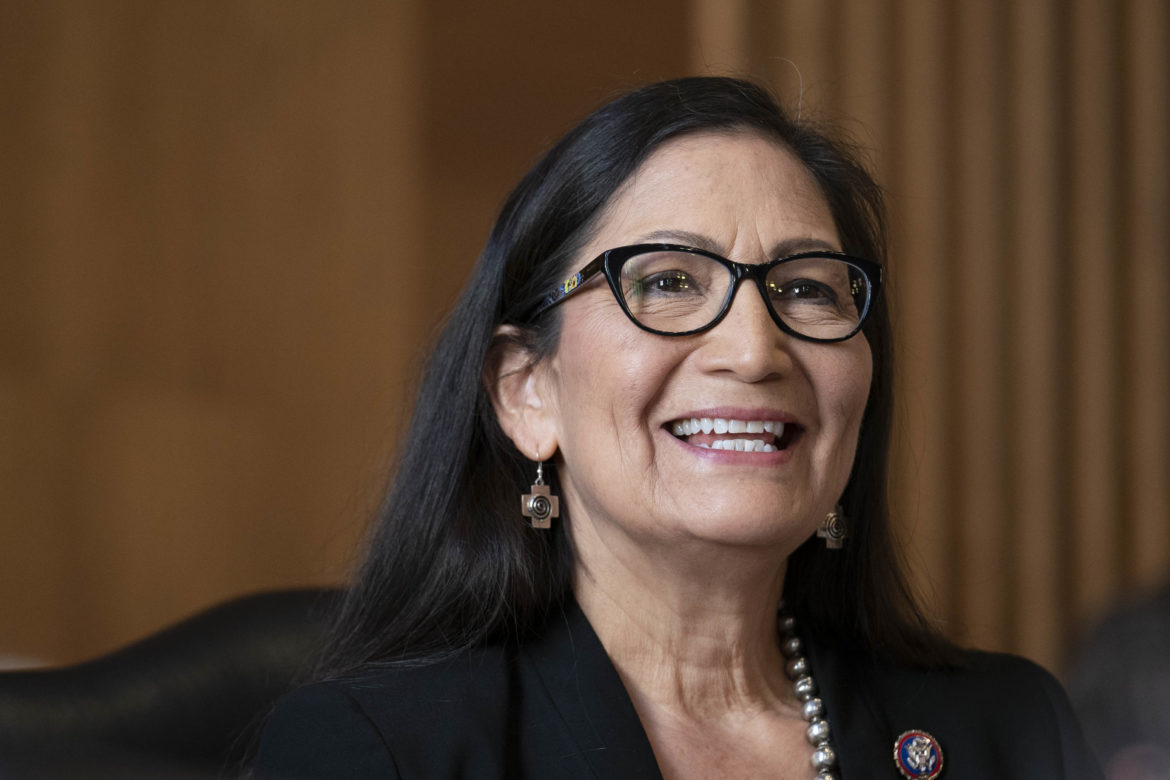 U.S, Rep. Deb Haaland, D-NM, President Joe Biden's nominee for Secretary of the Interior, speaks during her confirmation hearing before the Senate Committee on Energy and Natural Resources on February 24, 2021.

The most significant news for U.S. Rep. Deb Haaland’s Interior Secretary nomination didn’t come during the second day of her confirmation hearing, but afterwards.

That’s because U.S. Sen. Joe Manchin, a conservative Democrat from West Virginia, announced he would vote in favor of her nomination. With an evenly split 50-50 chamber between those who caucus with Democrats and Republicans, Manchin has an outsized influence on nominations.

Manchin is also the chair of the Senate Energy and Natural Resources Committee, which held the confirmation hearing for Haaland this week. The committee also has an equal number of Democrats and Republicans.

“While we do not agree on every issue, she reaffirmed her strong commitment to bipartisanship, addressing the diverse needs of our country and maintaining our nation’s energy independence,” Manchin said in a statement. “Her colleagues on both sides of the aisle, including Republican Congressman Don Young from the energy rich state of Alaska, spoke to their productive working relationship, her bipartisan accomplishments and sincere willingness to work collaboratively on important issues.”

If the vote on the floor is a tie vote, Vice President Kamala Harris would cast the tiebreaking vote.

If confirmed, Haaland would become the first Native American to be in a president’s cabinet.

During the hearing itself, Haaland faced more criticism from Republican members of the committee.

Republican Sen. James Risch of Idaho pressed Haaland on whether or not she supported President Joe Biden’s decision to shut down the Keystone XL Pipeline. Haaland said that she supported Biden’s agenda and his decision.

Haaland took part in protests at Standing Rock against the Dakota Access Pipeline and has received the support of the Standing Rock Sioux Tribe.

Republicans also criticized Biden’s temporary ban on oil and gas leases on federal lands while the federal government studied the impacts. Haaland emphasized that it was a temporary move.

Sen. Mazie Hirono, D-Hawaii, mentioned the positive impacts of addressing climate change and that previous Secretary of the Interior David Bernhardt was criticized for some ties to the oil and gas industry.

“He had some major conflicts of interest going on during his tenure as Secretary of Interior. And it is no surprise that the actions he took as Interior Secretary routinely benefited the fossil fuel industry with which he had been long associated,” Sanders said. “But I don’t recall my Republican colleagues asking whether Mr. Bernhardt would keep an open mind about other energy sources.”