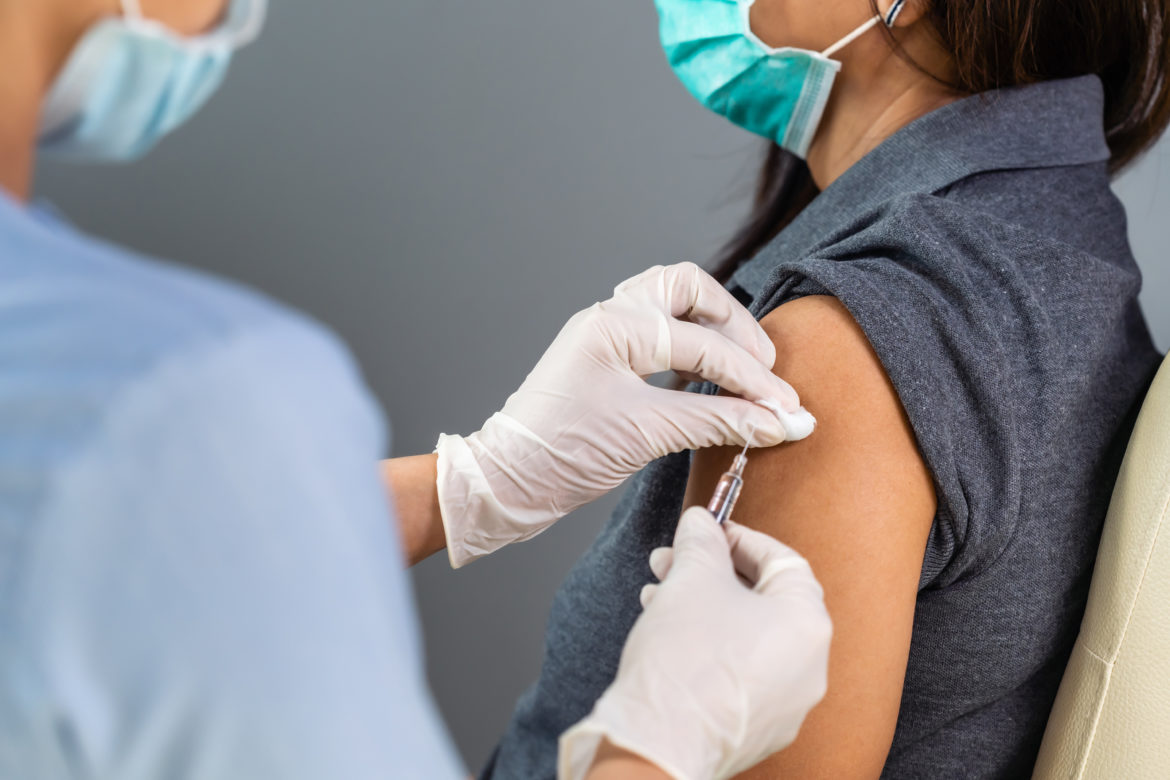 The press conference came just a day after the state eased restrictions for counties in the yellow and green levels as well as adding another level, turquoise, which would allow even less restrictive COVID rules.

“We are on the road to recovery,” Lujan Grisham said in a press conference on Thursday. “And this is exactly where we deserve to be, given our hard work.”

The state also recently celebrated administering 500,000 doses of COVID-19 vaccine and remains one of the highest performing states in the nation when it comes to administering COVID-19.

The average number of daily cases continues to fall, though a health official cautioned that reopening could cause that decrease to slow down.

Still, Lujan Grisham cautioned that “it doesn’t mean the virus is gone and it doesn’t mean the risk is gone” and said that New Mexicans should still abide by COVID-safe practices like wearing masks, washing hands and avoiding gatherings outside of their household.

Dr. Tracie Collins, the secretary of the Department of Health, said New Mexico is the third-fastest for per capita vaccine administration of any state in the country.

The state is expecting a seven percent increase, for 77,720 doses next week, which Collins called “really phenomenal.”

Those who are signed up at vaccinenm.org will be contacted when they are eligible for a vaccine and when a vaccine is available.

Collins said that DOH will send an increased focus on providing vaccinations to seniors and said the department would increase vaccinations for seniors by 10 percent over the next two weeks. In addition, seniors would be given extra time to respond and schedule an appointment.

She also said the state would be distributing vaccines based on the CDC’s Social Vulnerability Index and COVID-positive rates in communities to better protect those who are in danger of contracting COVID-19 and having severe symptoms.

The state expanding its COVID-19 vaccination efforts to frontline essential workers like educators, grocery store workers and public transit employees would likely wait until “through the Spring,” Collins said, though she did not have a specific answer because the state does not know how many doses it will receive from the federal government.

The state is currently vaccinating those age 75 or older and those age 16 or older with a condition that makes them more vulnerable to COVID-19, along with hospital personnel, residents and employees at long-term care facilities, medical first responders and other healthcare workers.

There are gaps in the knowledge of how many residents in the state have received vaccines, however.

NM Political Report asked the Centers for Disease Control and Prevention earlier this week if they had information on how many were administered by federal entities, but was told by a spokesperson “We don’t have a breakdown for that-just nationwide for federal entities.”

The federal breakdown is available on the CDC COVID Data Tracker website.

The state does not have access to this information either.

While the state can track the vaccinations given to providers who they partner with, they do not receive data from the federal government on vaccinations administered in New Mexico by agencies like Indian Health Services, the Bureau of Prisons or the Veterans Health Administration.

“I’m not getting what I need from any of these entities directly,” Lujan Grisham said.

Another positive sign, and source of more unknown data, is in regards to the Johnson & Johnson vaccine, the shot which the Federal Drug Administration is widely expected to grant an emergency use authorization for in the coming days.

“We are anticipating that Johnson & Johnson, their vaccine will be approved very soon,” Collins said.

It isn’t clear how many doses of the new vaccine New Mexico would receive; the federal government distributes the vaccines to the states, which then are responsible for organizing the vaccinations.

The vaccinations are having a large impact on the drop of cases, according to modeling.

That’s still not the highest factor for the state, which is currently quarantine efforts.

“I think sometime in the next couple of months, that will change and the vaccine will be number one,” Scrase said.

Among gating criteria, the state is “hitting on all cylinders,” with only the daily case count exceeding the state’s goal. The state hopes to get the number down to 168 per day or lower on a seven-day rolling average. It was at 262 as of Feb. 19, the latest date for which the state has full data.

He warned that, while the state is on pace to get there in the coming weeks, reopening may slow that pace down.

On Thursday, the state reported 299 additional newly reported cases of COVID-19 and thirteen additional deaths. The number is of raw data and is not the same as used for the state’s gating criteria or red-to-green calculations.

The number of those hospitalized for COVID-19 as of Thursday was 245.

And, like Lujan Grisham, he urged New Mexicans to not let up their guard.

“This reopening is not something like a prize we’ve won and now we can go back to normal,” Scrase said. “The reopening is something we can do if we continue the COVID safe practices that are listed here.”