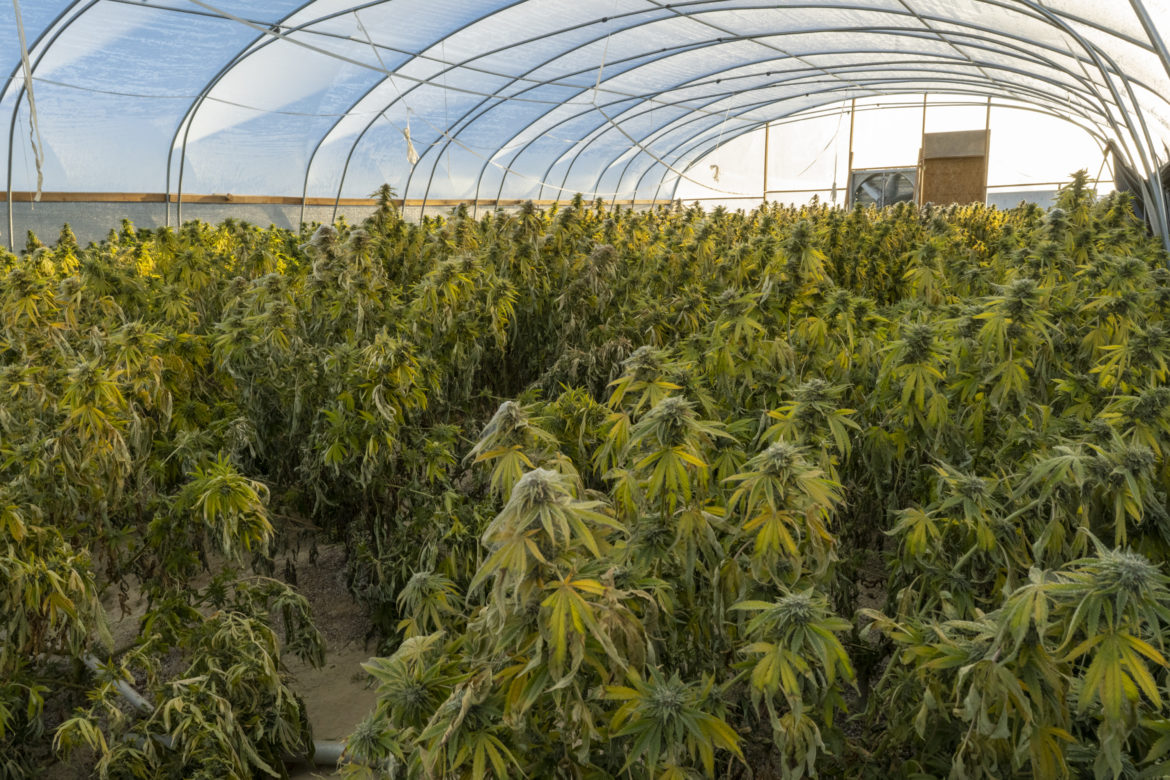 Last year, Dineh Benally, the former president of San Juan River Farm Board in the Navajo Nation, oversaw the transformation of 400 acres of cropland into illegal marijuana farms across the Shiprock chapter in the northeast corner of the reservation. Despite a state, federal and tribal crackdown on the operation, multiple sources told Searchlight New Mexico and High Country News that he is attempting to establish new cannabis ventures in other Native communities. A source confirmed the same to Navajo Times.

This story was originally published in Searchlight New Mexico and High Country News and is republished with permission.

Since the November raids, Navajo Nation Police Chief Philip Francisco told Searchlight New Mexico and High Country News that law enforcement did not know Benally’s whereabouts and presumed he was in hiding. Benally has several pending cases in tribal courts, and at least one federal investigation remains underway.

“We can’t find him to serve paperwork” for those cases, Francisco said on Thursday. “We haven’t seen or heard anything from him for a while.”

At its peak, the cannabis operation employed more than 1,000 Chinese Americans and Chinese immigrants, mainly from California, as well as local Diné children as young as 10. Searchlight New Mexico’s investigations revealed that Benally and his partners paid laborers cash wages as low as $5 per hour, and dozens of labor-trafficking victims of Chinese descent suffered through harsh working conditions and racist confrontations, culminating in a harrowing armed standoff in which protestors set several greenhouses on fire. Last November, law-enforcement agencies seized more than 60,000 pounds of illegal marijuana plants from grow sites in Shiprock — one of the largest cannabis busts in the country, according to the U.S. Drug Enforcement Agency.

Through his business partners in Los Angeles at the time, Benally, who dubbed himself the “father of Native American hemp,” portrayed the farms as legal operations to investors and workers of Chinese descent. In Navajo Nation, he advertised his black-market project as a legal hemp operation meant for economic development.

In March 2020, members of the Oglala Sioux Tribe voted to legalize medical and recreational marijuana on the Pine Ridge Indian Reservation, becoming one of the first Native American nations to set up a recreational-cannabis market bordering states where it’s illegal. Tribal leaders told the Associated Press that they envisioned setting up a marijuana resort and called marijuana a “healing plant” that could alleviate poverty and historical trauma. The tribe’s marijuana laws, finalized by the Oglala Sioux Tribal Council in late October, allow only tribal members to grow and sell.

For months, Benally has traveled to South Dakota, according to three investors and workers who were involved in his Shiprock operation. In late January, the Oglala Sioux Tribal Council voted to bar Benally from conducting any business within the reservation, citing concerns over the marijuana bust in Shiprock.

Yet Benally has continued to maintain a presence on the reservation. As recently as Feb. 6, Benally gave a presentation to tribal members on behalf of the Palliation Collaborative, an organization that espouses the use of medical cannabis on tribal lands. In that presentation, Benally echoed much of the same rhetoric he employed to promote his cannabis operation in Shiprock.

“We, the Native people, want excellent, superior healthcare,” Benally told the audience. “We want agriculture, development. We want trade and commerce. But most of all, we want to stand on our own two feet.”

Meanwhile, his previous partners from the Shiprock operation confirmed that Benally has also approached them about his Pine Ridge marijuana plans and solicited their investment. As of mid-March, none of his previous partners expressed interest in the collaboration because of the previous fallout and the tens of millions of dollars they lost in Shiprock. “Don’t ever make a deal with Dineh,” Irving Lin, a Taiwan-born marijuana entrepreneur who coordinated between Benally and dozens of marijuana investors in California, told High Country News and Searchlight New Mexico. “He’s lost his credibility.”

Dineh Benally and his attorney, David Jordan, did not respond to requests for comment by press time.

As Benally pursues ventures elsewhere, Navajo families whose lands were home to Benally’s illegal Shiprock operation are facing the loss of the right to farm on their properties. On March 16, the San Juan River Farm Board voted to start the process of stripping land-use rights from farmers who participated in Benally’s marijuana operation — a fraught process that, if successful, would take farming rights away from dozens of families.

“This is a big deal,” said Anita Hayes, one of the farmers in Shiprock whose land-use permit could be canceled. “This is Indian land. This belongs to the farmers from generations and years back.”